New research looks at the neurological processes of death. 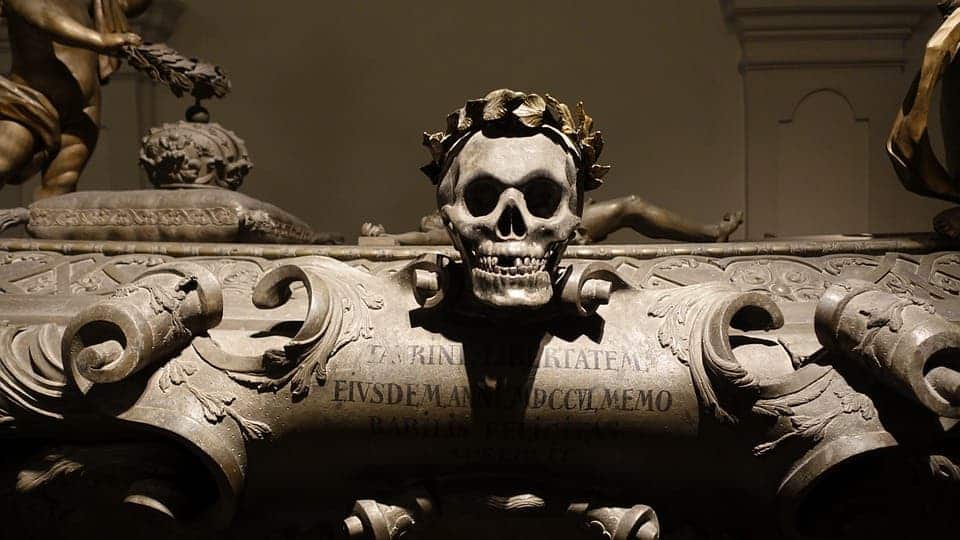 We’re all afraid of dying — us and (almost) every other bit of life on this planet, as well. Talking about death can get very uncomfortable, but it’s a natural, quite significant part of our lives. Understanding what we can of it might help us come to grips with death; maybe even fear it less.

The roots of the paper we’ll be discussing here stretch as far back as the 1940s, when Harvard biologist Aristides Leão, working with lab rabbits, observed a “spreading depression” in their brains. Leão described this phenomenon as a silencing of electrical activity following injury in the exposed brains of unconscious animals. The silencing began within 5 minutes at the point of injury before extending over more distant parts of the brain. For what should be quite self-evident reasons, Leão never did replicate his study with humans — so we were unsure whether our brains similarly experience this spreading depression or not.

However, new work published by an international team of neurologists builds on Leão’s research and looks at what happens in the brain of a dying human. To gather their data, the researchers worked with hospitals in Berlin and Cincinnati; after getting consent from next of kin or other legal representatives, they recorded the brain activity of nine patients who died with electrodes implanted into their brains. All of the patients had existing conditions that required invasive neural monitoring, meaning the electrodes were already installed before doctors pulled them from life support.

The nine patients all had severe brain injuries. One was a “47-year-old male occupant of a car struck by train,” another, a “57-year-old male who was found at the base of a stairway”. The others were victims of heart attacks or strokes. The team notes that because of their condition, the nine had likely already experienced their first “spreading depression” before the electrodes were applied — their bodies were being kept alive, but ‘they’ were already dead.

Brains are made up mostly of cells called neurons. These are the ones which handle information processing, the ones doing the thinking, remembering, and everything that has to do with information.

Like everything else in our bodies, they need finely-tuned conditions to survive. That’s called homeostasis. However, unlike most other cells in the body, neurons need to be able to create a lot of electric impulses, and do so on a dime, every time — they do that through careful application of chemical imbalances that create electrical ones. In short, when a neuron wants to fire, it floods itself with charged ions, which spread an electric shock to its neighbors.

Maintaining this imbalance, however, requires a constant and quite significant expenditure of effort and resources. The same electromagnetic forces that form the signals try to wipe the ions’ charge clean off and fix the imbalance — even as the neurons work to maintain it. So, they need to be supplied with a lot of oxygen and chemical fuel from the bloodstream to maintain proper function. When the body dies, and the blood supply is cut, neurons try to save up as many resources as they can, the team writes.

Sending signals back and forth is a huge expenditure of energy, if you happen to be a neuron; so the cells go silent and pool all their efforts into maintaining their internal charges, waiting for the blood to start flowing again.

The authors also report that the first wave of darkness doesn’t spread — rather, it happens everywhere at once, as starving neurons throughout the brain clamp down on signaling. The final, spreading wave comes a few minutes later, after the cells have burned through their limited stores and their ions leach into thee surrounding tissues. This marks the final moments of brain function for dying patients, the authors report.

However, they note that this shouldn’t be used as an end-all marker of death. Past research has shown that if blood and oxygen return to the brain quickly enough after the spreading wave, the neurons resume activity and recover their chemical charge. It takes several minutes for the depolarized neurons, sitting in this chemical cocktail, to reach a “commitment point” beyond which they cannot restart their function.

The paper “Terminal spreading depolarization and electrical silence in death of human cerebral cortex” has been published in the Annals of Neurlogy.