If you put a bird feeder in a populated area, you’ll likely see that most birds don’t shy away from a free snack. But despite all the extra food they may be munching on, the birds don’t really seem to get fat. It could be that all the fatter birds are eaten by predators, but if that were the case, then the over-eating behavior would likely be weeded out by evolution. So what’s going on? Why aren’t the birds getting fat? 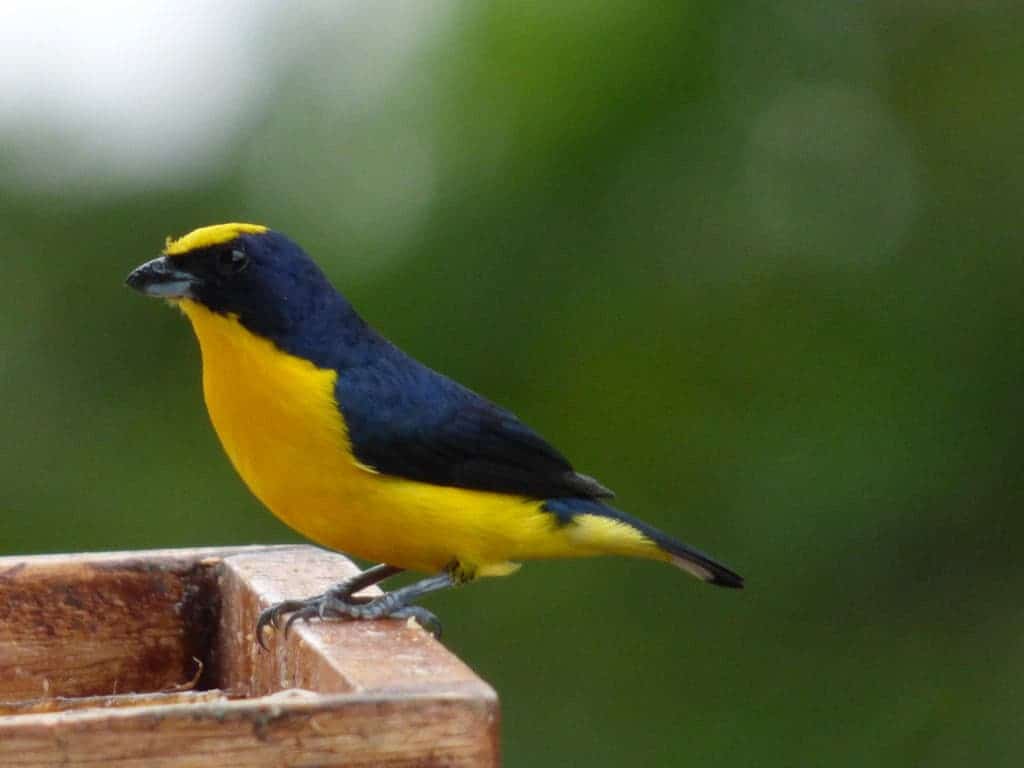 London environmental biologist Lewis Halsey found himself asking himself the very same question. He wanted to see whether songbirds regulate their activities to somehow consume more energy and stay slim.

“The passerine birds at the bird feeders near my home never seem to get fat despite having this buffet constantly available to them, but there are people who get heavy when exposed to that kind of all-you-can-eat environment,” says Halsey (@lewis_halsey), of the University of Roehampton.

Recent studies indirectly suggest that birds can adjust how much energy they derive from the food they ingest, but there still isn’t a very clear mechanism. So Halsey set out to do a literature review on the matter.

“For a given amount of food, an animal can unconsciously adjust how efficiently it uses the energy from it either behaviorally, for example by changing wingbeat frequency or singing patterns to use more or less energy, or physiologically, in terms of digestive or cellular metabolic efficiency,” Halsey says.

The results he found support this previous research. He says that we need to redefine the idea that calories are what goes through the mouth — instead, it’s not only what’s eaten but also the way the food is digested.

This, he explains, doesn’t only apply to birds — it can also be important for humans.

“We need to remember that ‘energy in’ isn’t what’s shoved down the beak but what’s taken up through the gut and then what’s extracted by the cells; looking at it as just the amount of food consumed is too simplistic,” he says. “And this goes for humans and other animals, not just songbirds.”

He says he wants to continue this research avenue in the future, by giving birds the equivalent of ice cream and observing if they still stay slim. He also wants to carry out more detailed lab experiments to assess exactly how this mechanism works. Perhaps, in time, it could be harnessed and ultimately replicated for medical treatments.

Journal Reference: Trends in Ecology & Evolution, Halsey: “Keeping Slim When Food Is Abundant: What Energy Mechanisms Could Be at Play?” https://www.cell.com/trends/ecology-evolution/fulltext/S0169-5347(18)30185-X