Drones? No thank you — I prefer backpacking bees. 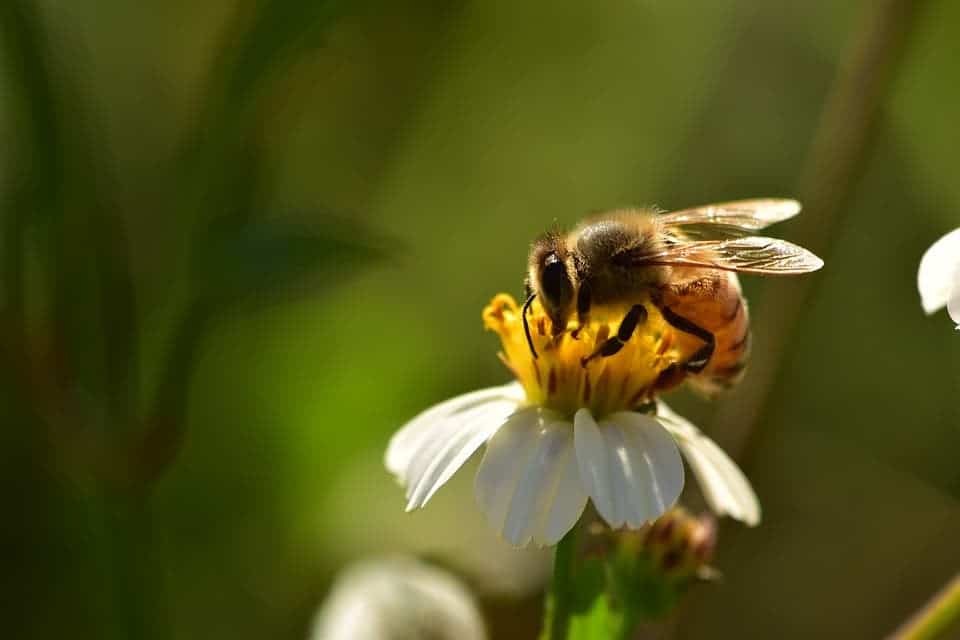 Engineers from the University of Washington (UW) plans to give farmers a powerful (and adorable) alternative to drones. The team has developed tiny sensor systems that can fit on the back of a bumblebee without restricting the insects’ ability to fly. Such a package only requires a tiny battery to operate for up to seven hours at a time, and can recharge while the bees sleep in their hive at night.

“Drones can fly for maybe 10 or 20 minutes before they need to charge again, whereas our bees can collect data for hours,” said senior author Shyam Gollakota, an associate professor in the UW’s Paul G. Allen School of Computer Science & Engineering.

“We showed for the first time that it’s possible to actually do all this computation and sensing using insects in lieu of drones.”

It’s not the first time researchers have thought of ‘sensorising’ bees. The insects have one massive advantage over drones: they fly on their own power. However, they can’t carry much weight, limiting the range of sensors they can be fitted with. This also makes GPS receivers (which require a lot of energy and, thus, heavy batteries, to run) completely out of the question. Because of that, the farthest researchers have ever gotten was to superglue simple RFID (radio-frequency identification) backpacks onto bees to follow their movement. However, such RFID packs were a proof-of-concept and of limited use — they only worked for distances of about 10 inches and didn’t carry any sensing equipment.

The UW team needed sensors that were able to both accurately tell their location and fit on the tiny backs of bees for this research to pan out. They decided on using bumblebees (genus Bombus) since they’re beefier and can handle the weight of a tiny battery, says co-author Vikram Iyer, a doctoral student at the UW. These batteries, while small, could power an array of sensors for much longer than a conventional drone could be kept operational. Furthermore, they can be wirelessly recharged every night when the bees go to sleep.

The backpack they developed weighs only 102 milligrams, which the team says is roughly the weight of seven grains of uncooked rice. Bees are placed in a cold environment for a short while to slow them down, and the packs are glued to their back. The researchers used a similar method to remove the packs.

“The rechargeable battery powering the backpack weighs about 70 milligrams, so we had a little over 30 milligrams left for everything else, like the sensors and the localization system to track the insect’s position,” said co-author Rajalakshmi Nandakumar, a doctoral student in the Allen School.

Because GPS receivers weren’t a viable option, the team developed a unique method of localizing the backpack-toting bees. They set up multiple antennas, each broadcasting signals from a base station across a specific area. A receiver installed in the backpacks could pick up on the intensity and direction of the incoming signal to triangulate its position in space.

The team tested their localization system by installing four antennas on one side of a soccer field and carried a bee-with-backpack around the field in a jar. As long as they stood within 80 meters (roughly three-quarters the length of a soccer field) of the antennas, their system could accurately triangulate the bee’s position.

Small sensors monitoring temperature, humidity, and light intensity were later added to the pack. These would allow bees to collect and log data (along with their location) as they buzzed around the farm.

“It would be interesting to see if the bees prefer one region of the farm and visit other areas less often,” said co-author Sawyer Fuller, an assistant professor in the UW Department of Mechanical Engineering. “Alternatively, if you want to know what’s happening in a particular area, you could also program the backpack to say: ‘Hey bees, if you visit this location, take a temperature reading.'”

The data is uploaded from the backpacks into storage via backscatter when the bees return to the hive. Backscatter is a method through which devices can share information by reflecting radio waves in the environment. Right now, the team says, their packs can store about 30 kilobytes of data (which is very little), and can only upload it once they return to the hive. Going forward, the team would like to develop backpacks with live-stream cameras so farmers can monitor plant health in real time. Such a pack, however, would require instant upload capabilities (or, at least, much larger data storage).

“Having insects carry these sensor systems could be beneficial for farms because bees can sense things that electronic objects, like drones, cannot,” Gollakota said. “With a drone, you’re just flying around randomly, while a bee is going to be drawn to specific things, like the plants it prefers to pollinate. And on top of learning about the environment, you can also learn a lot about how the bees behave.”

The team will present its findings online at the ACM MobiCom 2019 conference.