“Ants are smarter than we give them credit for” is something we seem to write a lot – and yet it happened again. 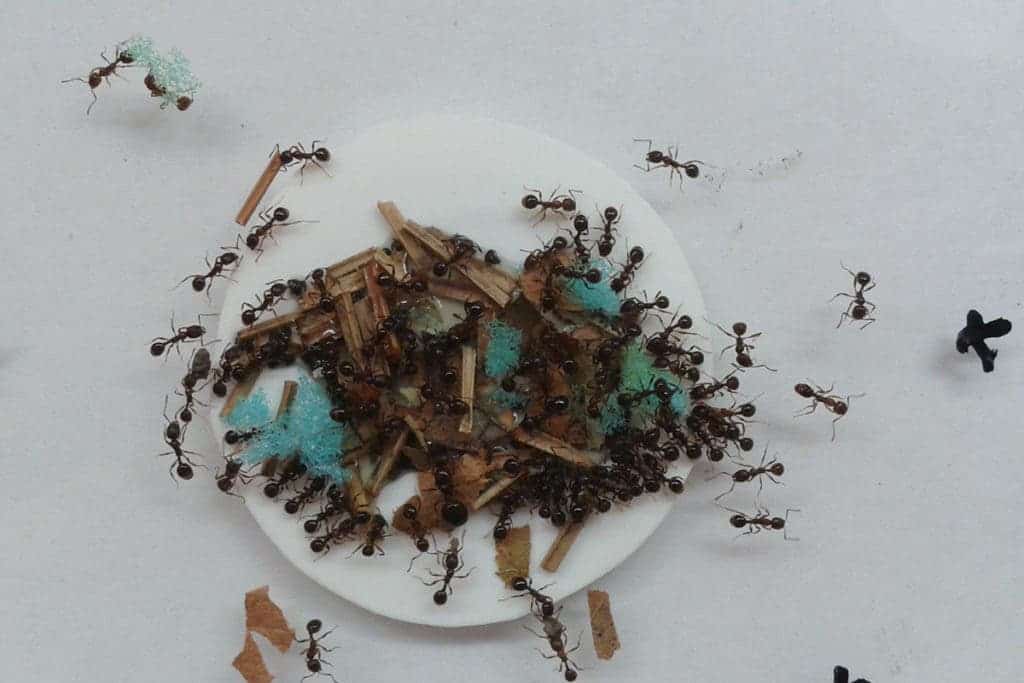 Tool use is something we consider reserved for intelligent species. It used to be that only humans were considered advanced enough to craft and use tools – but now we know better. Several species of apes and monkeys craft and use tools, even learning how to use them from humans. Elephants do it, as do some otters and of course, dolphins. Even some birds (most notably crows and ravens) have been observed using tools. It seems like several species of animals are much smarter than we gave them credit for – and ants are no exception.

István Maák, a researcher at the University of Szeged in Hungary, offered two species of funnel ants (Subterranea and Senilis)  liquids containing water and honey. Alongside, he gave them several tools that might help them carry food easier.

Firstly, the ants started experimenting. They were testing to see which tool was most effective. In the end, they settled for pieces of sponge or paper, which could absorb the honey better, making it easier to carry back home. The Subterranea workers (of the first species) used small soil grains to transfer diluted honey and sponge to transport undiluted honey. Many of them even tore the sponge into smaller bits, so they could better handle it. Meanwhile, Senilis first used all tools, and in time focused more and more on pieces of paper and sponge, which they used to soak up the honey.

There were previous indications of ants using tools, such as mud or sand grains, to collect and transport liquid to their nests, but this is special because the ants experimented with the materials not commonly found in their environment. Because they treated honey and diluted honey differently, this suggests that even without any previous experience with the materials, they accounted for the properties of both the tool and the material they were transporting. Also, they learned as they went and did so very fast. Valerie S. Banschbach at Roanoke College, Virginia, believes this is a testament to their mental proficiency – even if they have big brains.

“Many other accomplishments of these small-brained creatures rival those of humans or even surpass them, such as farming fungi species or using ‘dead reckoning’, a sophisticated navigation to find their way back to the nest,” Banschbach told NewScientist. “The size of brain needed for specific cognitive tasks is not clear.”

It’s likely that funnel ants developed this strategy and became better at tool handling because unlike many other ant species, they can’t expand their stomach, so they needed to find a better way of transporting things.