Paleontologists have identified the first known animals that used internal fertilization instead of spawning – armor-coated swimmers, called antiarchs, which lived around 385 million years ago in lakes in what is now Scotland. The discovery is truly monumental since its the earliest known example of sexual dimorphism or differences in appearance between the sexes in the fossil record.

Sex emerged in a Scottish lake 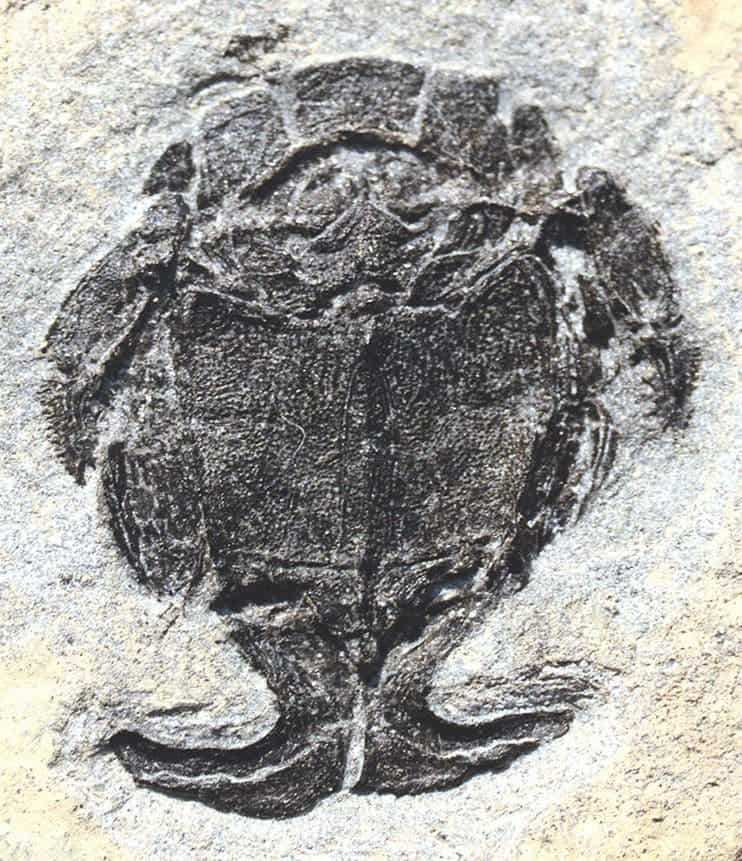 Flinders University paleontologist John Long and colleagues were also involved in the discovery of another ancient creature capable of self fertilization; a 380-million-year-old fish they named Materpiscis (“Mother Fish”) that carried embryos inside its body. After studying related fish belonging to a greater group called placoderms, the team found specialized male claspers, which function like a penis, and female genital plates that the fish used to copulate. This latest discovery, a type of placoderm called an antiarch and named Microbrachius dicki, puts vertebrate sex evolution even a step downward.

“We have defined the very point in evolution where the origin of internal fertilisation in all animals began,” Long said.

[ALSO READ] Males may be wired to choose Sex over Food

“That is a really big step.” 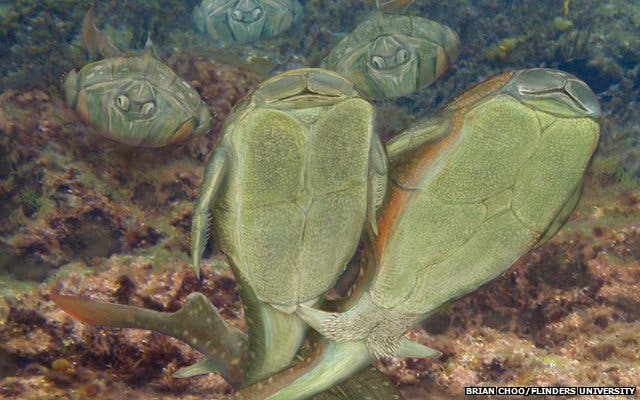 Artist impression of an antiarch couple mating. Researchers believe the two had to sit side by side to copulate.

Long was startled at first by a peculiar isolated plate with a strange tube of bone attached to the rear of a M. dicki fossil specimen. He later realized he was looking at a clasper, which contains grooves that facilitate sperm transfer into the female. After studying other specimens from collections all over the world, Long and team also discovered the female equivalent –  small bony structure at their rear that locked the male organ into place. Early sex was no easy task, however. The strange genitalia geometry means the antiarchs mated sideways, as reported in the journal Nature.

“They couldn’t have done it in a ‘missionary position’,” said Prof Long. “The very first act of copulation was done sideways, square-dance style.”

“The little arms are very useful to link the male and female together, so the male can get this large L-shaped sexual organ into position to dock with the female’s genital plates, which are very rough like cheese graters.

“They act like Velcro, locking the male organ into position to transfer sperm.”

What’s weird is that antiarchs have been studied for well over a century, but it’s only recently that this highly important observation was made. Everybody kept assuming that the ancient fish reproduced in another manner, but evidence speaking otherwise was right there under their noses all the time. Another important insight is that the antiarch’s internal fertilization didn’t last for too long. As fish evolved, they reverted back to spawning, in which eggs and sperm to fertilise them are released into the water by female and male creatures respectively. It took another couple of millions of years before copulation made a come-back, reappearing in ancestors of sharks and rays. 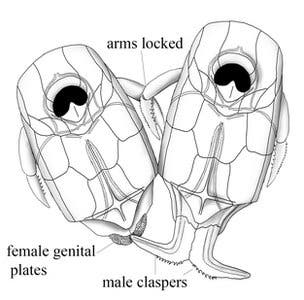 Not everything’s about sex, though. These ancient armored fish were also among the first to evolve important bodily components like  jaws, teeth, paired limbs, and internal fertilization, which we can see to this day. It’s enough to notice your body. Yes, in some weird way, you’re the product of fish sex. Congratulations!