The solar system is a mind boggingly vast thing. And while we all kinda know and agree on that, it’s still hard to wrap your head around the sheer scale we’re talking about here. The distances involved are much more immense than anything our brains are used to handling. 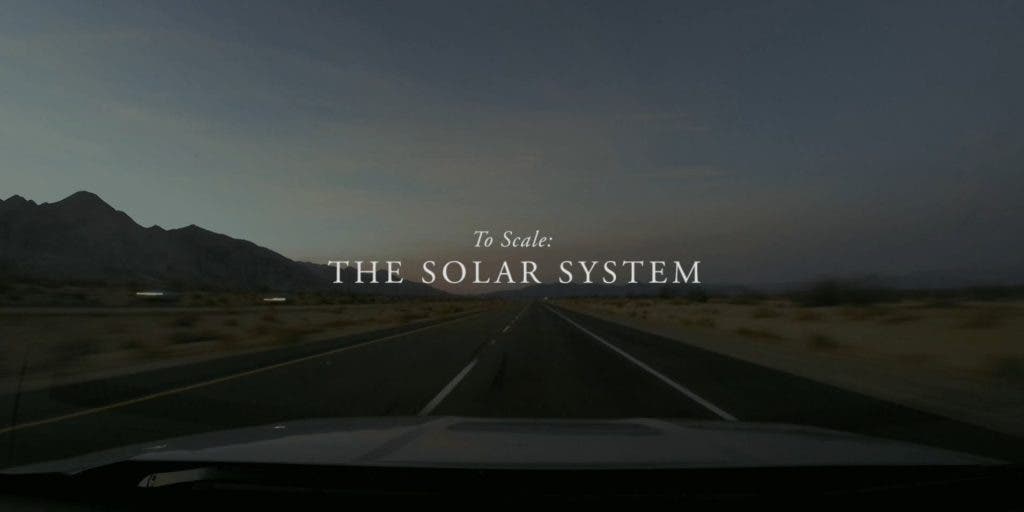 And there are no proportional models of the solar system on the Internet. The fact that every picture you’re likely to see of it shows planets and moons too close together prevents you from getting a feel of the size of our solar system. A group of friends plans to change that, however. Wylie Overstreet, Alex Rowe Gorosh and some of their friends decided to build a proportional model of the solar system. And the only place they found enough room to do so was on a dry lakebed in Nevada.

Starting with a 1.5 meter sun and a marble-sized Earth, the team drew circles to represent the orbit of each planet. And when the sun set, their work came alive in a stunning display…Well, I’ll let you see for yourselves.