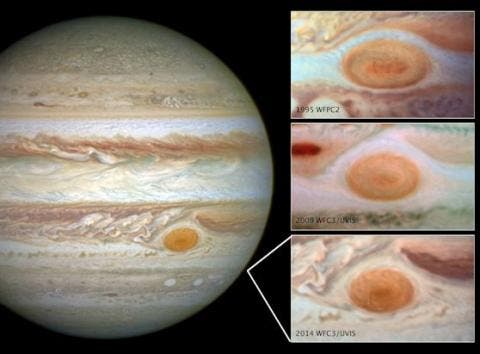 Images of Jupiter’s Great Red Spot taken by the Hubble Space Telescope over a span of 20 years show that the Great Red Spot is shrinking. Image credits: NASA.

As I child, I remember being baffled to learn that Jupiter‘s Red Spot is two times larger than the Earth. Then, I remember seeing this comparison again as I grew up, with the mention that the Red Spot was “slightly larger” than Earth. I didn’t give it much thought at the time — after all, comparing the two is not an exact science — but perhaps I should have. Jupiter’s trademark feature is getting smaller and smaller, and it might soon be gone.

The Great Red Spot may have existed since before 1665, but it was first reported only after 1830. The Red Spot is a giant storm — a persistent high-pressure region in the atmosphere which causes an anticyclonic storm. Astronomers estimate that it was once four times bigger than the Earth, before starting to quiet down. 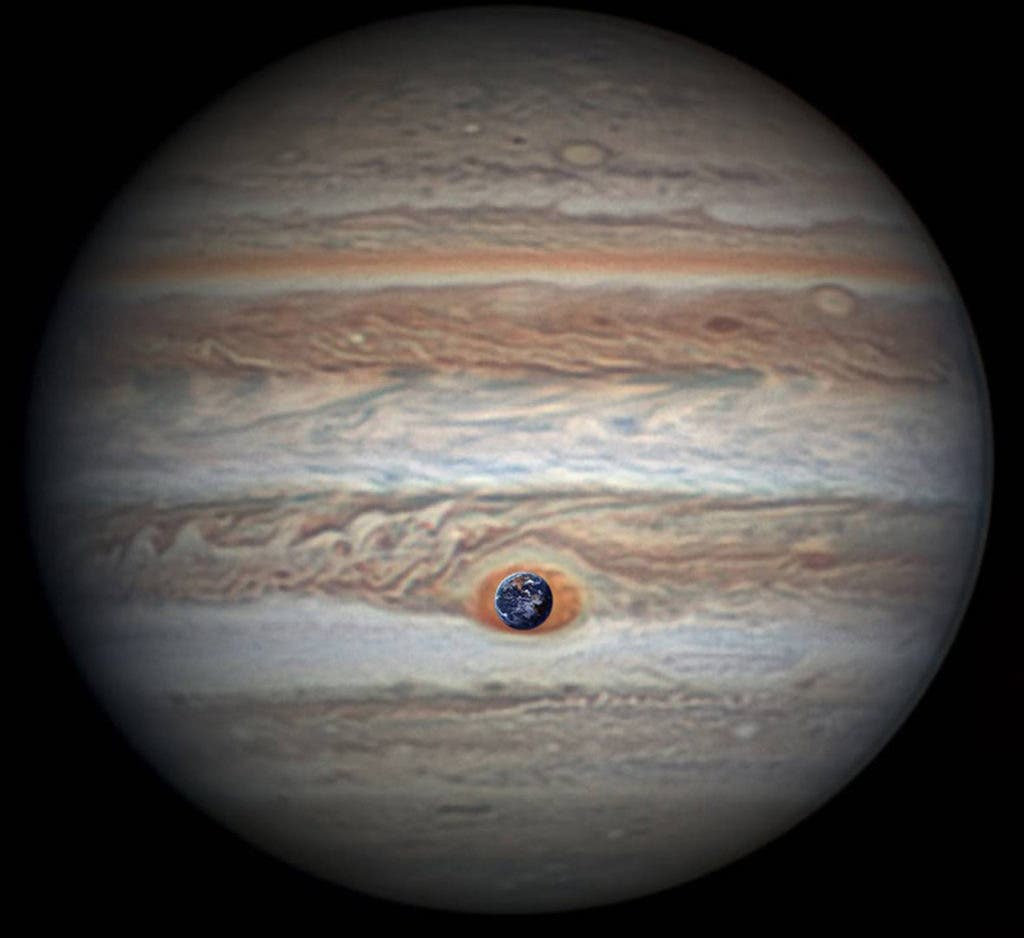 Truth be told, this shrinking is not exactly news. NASA has been signaling it for quite a while. NASA Voyager 1 and Voyager 2 flybys of Jupiter in 1979 measured it to be 14,500 miles across, while a 1995 Hubble photo showed the long axis of the spot at an estimated 13,020 miles across. However, in recent years, the rate at which it’s shrinking has accelerated. In 2012, amateur astronomers reported a shrinking rate of 580 miles per year, and the famously oval Red Spot was already becoming a circle.

NASA’s Juno mission, which entered a polar orbit of Jupiter on July 5, 2016, showed the Jovian system and the Red Spot in unprecedented detail. It also confirmed that the storm is indeed decreasing in size. At the current rate, it might be gone in 10 to 20 years.

Unlike Jupiter, Earth doesn’t permit storms to exist for centuries, because our planet doesn’t have an atmosphere as big and thick as Jupiter’s. But even in these extreme conditions, storms still need to eventually end. Even so, most storms don’t last this long. The Red Spot keeps on spinning because it’s caught between two conveyor belts (see above) moving in opposite directions.

Juno will have its next peek at the Great Red Spot in April 2018, then again in July and September of 2019, before going over it one more time in December 2020. These flybys won’t offer details as clear and detailed as the 2017 flyby, but they will get good enough to assess the state of the giant storm. Then, we’ll have a clearer idea of how long the storm can last.