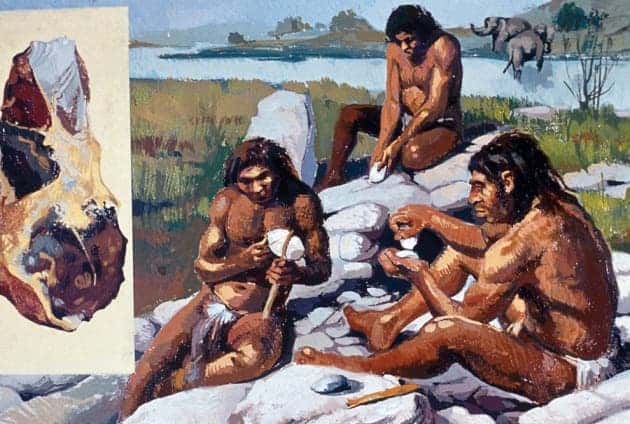 Neanderthals were one of the early hominids who used Levallois technique to make stone tools. Image: Prisma/UIG/Getty

A breakthrough finding in Armenia where thousands of ancient cutting tools were found beautifully preserved casts doubt on a currently prevailing hypothesis that these were solely invented in Africa. The tools discovered are between 325,000 and 335,000 years old. The age suggests the ancient paleolithic cultures of the time that inhabited the region independently developed the sophisticated technique to produce them.

Independent thought and inventions across the ancient hominid world 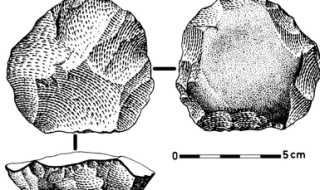 Early Stone Age populations made their tools by chipping away a stone until it turned into a desired shape – a cutting tool, arrow or spear tip etc. In the so-called Levallois technology, named after the Levallois-Perret suburb of Paris where it was first described, the toolmaker first chisels a suitably shaped core from a stone and then slices off flakes from it.  Raw blocks of stone are prepared by striking pieces off the edges until it is shaped something like a turtle shell: flat on the bottom and humped on the top. That shape permits the knapper to control the results of using applied force: by striking the top edges of the prepared core, the knapper can pop off a series of similarly sized flattish, sharp stone flakes which can then be used as tools. The technique was reckoned a leap forward in stone technology and behavioral modernity: the production method is in stages, and requires forethought and planning.

“The discovery of thousands of stone artefacts preserved at this unique site provides a major new insight into how Stone Age tools developed during a period of profound human behavioral and biological change,” said Dr. Simon Blockley from the Department of Geography at Royal Holloway.

“The people who lived there 325,000 years ago were much more innovative than previously thought, using a combination of two different technologies to make tools that were extremely important for the mobile hunter-gatherers of the time.

Lavallois technology was discovered throughout Europe and Eurasia, but because such tools in African had been dated as being much older than those found in other regions, many researchers were led to believe the technique first developed there and was then introduced in other parts of the world following a great migration. 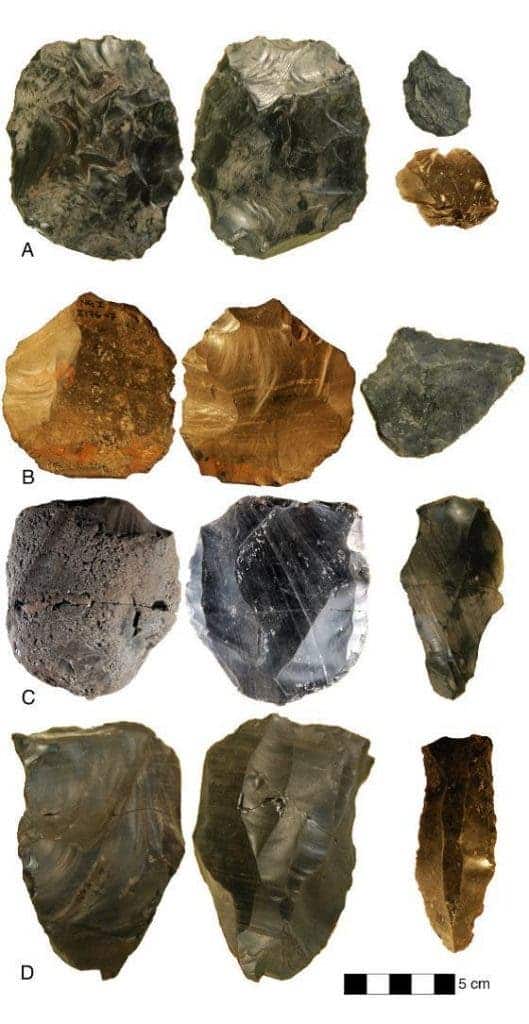 The Nor Geghi site in present day Armenia, discovered in 2008, shakes this theory which was already doubtful. For instance, it doesn’t explain  why some Levallois tools found in Eurasia are smaller, or otherwise different, from African ones and relies on a unvoked an unproven migration of unknown hominids out of Africa.

“Our findings challenge the theory held by many archaeologists that Levallois technology was invented in Africa and spread to Eurasia as the human population expanded. Due to our ability to accurately date the site in Armenia, we now have the first clear evidence that this significant development in human innovation occurred independently within different populations,”  Blockley said.

Researchers led by Daniel Adler at the University of Connecticut in Storrs discovered thousands of cutting tools of various shapes and size trapped inside a flood plain sediment with volcanic ash, and preserved by two lava flows dated to 200,000 and 400,000 years ago. Using chemical methods, the researchers found the tools came from local source, although some used material from as far as 120km away.

“We wouldn’t have found this mixture if the Levallois technology had simply replaced the old method,” says Adler. “The communities probably worked out for themselves how to make bifacial tools and then it was a short step to the Levallois method.” He argues that the Stone Age people used both approaches flexibly.

Findings were reported in the journal Science.