Mexican archaeologists have discovered a stone sanctuary at the bottom of a pond below the Iztaccihuatl volcano that seems to depict a mythical model of the universe. 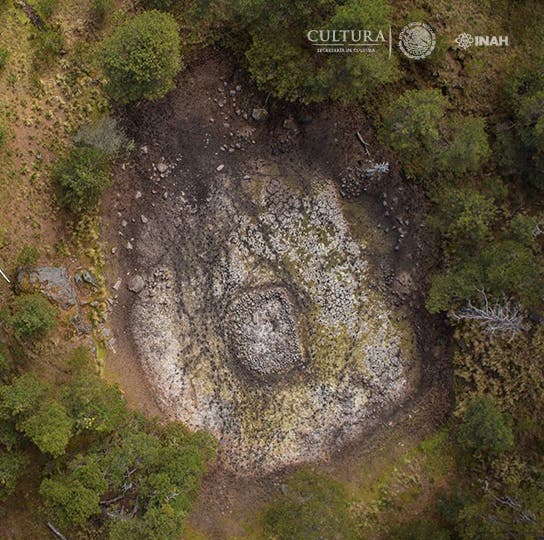 Aerial view of the tetzacualco (shrine) with water drained from the pond. Credit: SAS-INAH.

Archaeologists at the National Institute of Anthropology and History led by Iris del Rocio Hernandez Bautista believe that the site was designed to depict Meso-American myths about the creation of the universe. Namely, it’s believed the earth monster Cipactli floated on primeval waters and then split itself, thus creating the heavens and earth. 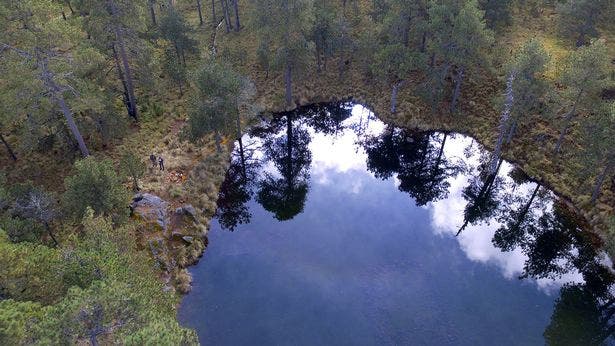 Archaeologists claim that the stone shrine, called a ‘tetzacualco’, emulates this myth due to its positioning. According to them, the way it was placed made the stone shrine look like it was floating on the water surface, fitting with the myth. The Mesoamericans likely used a ritual control of water from nearby springs to irrigate the pond and create the visual effect.

“These visual effects, in addition to the characteristics of the elements that make up the site and the relationship they have with each other, make us suppose that Nahualac could represent a microcosm that evokes the primitive waters and the beginning of the mythical time-space,” Bautista said in a statement.

“The intention that water surround specific ritual architectural elements seems to have been an important part of Mesoamerican thought.” 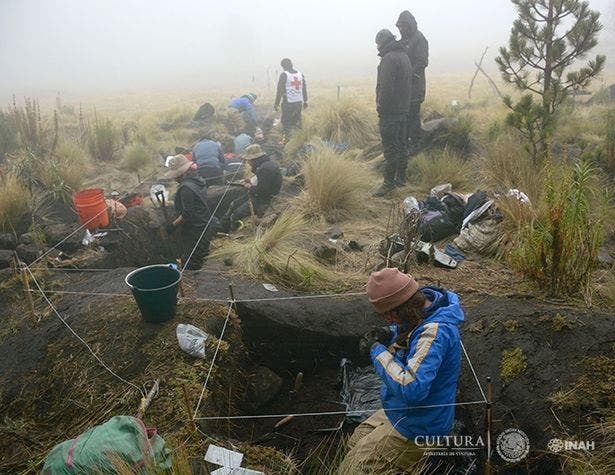 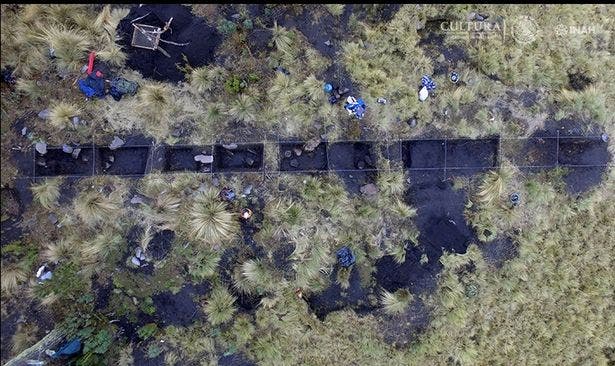 About 150 meters southeast of the structure, over a wide valley which has a number of natural springs, archaeologists also found decorative pieces associated with the rain god Tlaloc. These, along with pieces from the sanctuary itself, are currently examined for their use and origin. The ritualistic nature of the site is further strengthened by organic remains — charcoal and fragments of pink polished schist material — recovered from tripod bowls arranged as an offering.