Excavations in the southern Peloponnese are offering rare insight into the ancient past of Laconia, which we still know little about. The Greek Ministry of Culture released several photographs yesterday showing the newly unearthed ruins of an ancient palace likely built during the 17th-16th century BC. 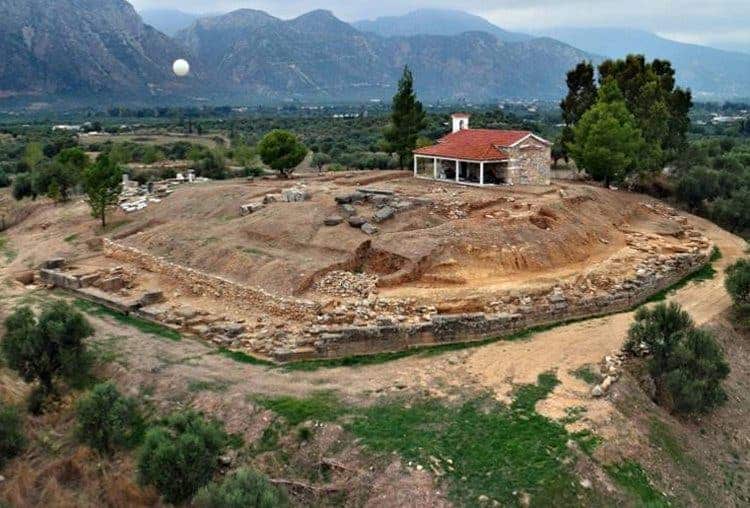 The royal building had 10 rooms and rose near the ancient city of Lacedaemon (Sparta), in the south-eastern Peloponnese region of Laconia. Archaeologists believe it was brought down by a fire in the late 14th to early 13th century BC. Though the blaze was devastating, razing several buildings of the complex, tablets and seals made of unbaked clay were preserved, their still-readable archaic inscriptions dating back to the Mycenaean Age.

Covering an expanse of 3.5 hectares, the site on Aghios Vassilios Hill near the village of Xirokambi on the Sparta plain has been under excavation since 2009, and excavations in the area produced clay tablets with inscriptions detailing religious ceremonies, names and places written in a script named Linear B. It is the oldest script ever discovered in Europe, first appearing in Crete from around 1375 BC and was only deciphered in the mid 20th century. 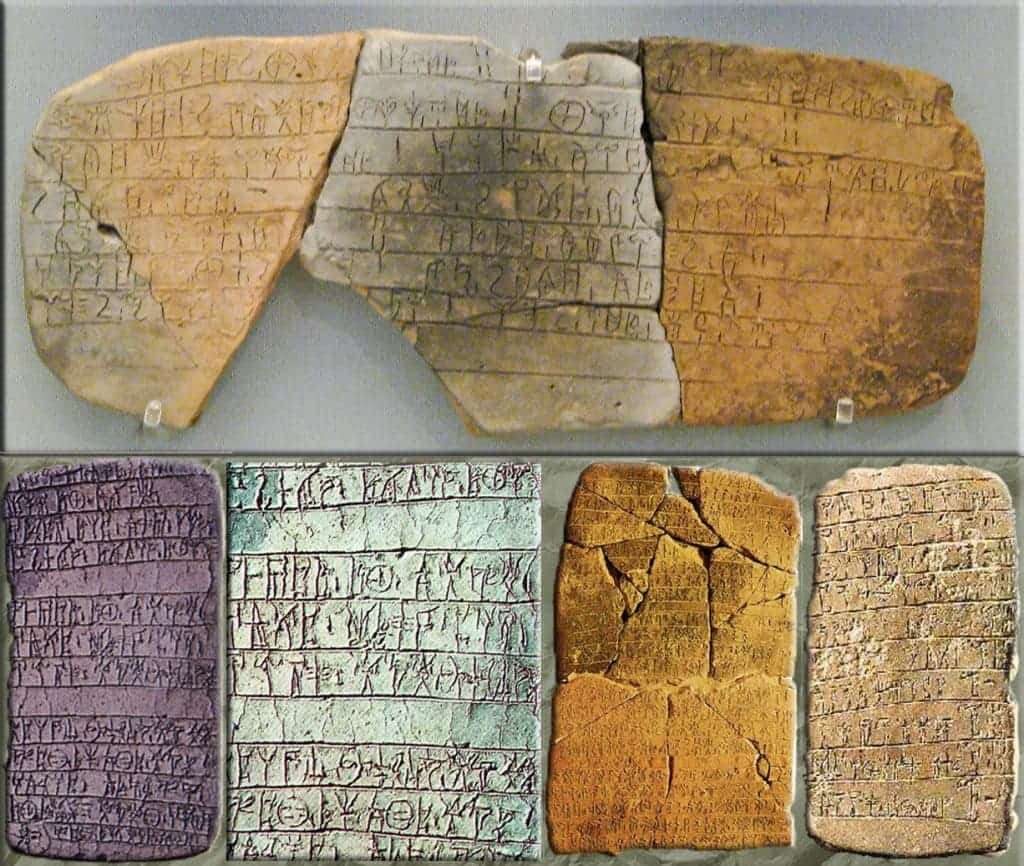 Example of Linear B writing – tablets retrieved from Pylos.
Image via firststreetconfidential

Archaeologists retrieved objects of worship, clay figurines, and a cup adorned with a bull’s head. A number of these artifacts were discovered in what is believed to have been the palace’s archive, which also contains records of commercial transactions, offerings to a sanctuary, male and female names, as well as the places where they lived– pointing to a highly organized and sophisticated bureaucracy.

The fire that destroyed the complex is also believed to have preserved a sanctuary, which has yielded valuable evidence such as clay and ivory idols, decorative objects and 21 bronze swords.

A second building found on the site contains fragments of murals, suggesting that the palace’s more prominent structures were richly decorated, the Culture Ministry said in its briefing on ongoing excavations. 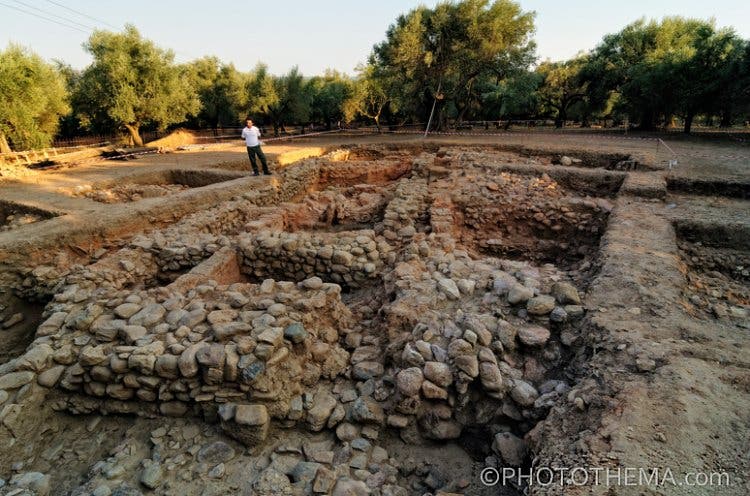 The new discovery will allow for more research on the “political, administrative, economic and societal organization of the region”, and provide “new information on the beliefs and language systems of the Mycenean people,” the ministry said in a statement.

According to the culture ministry, more than 150 archaeological excavations were have been carried out in Greece so far this year, “demonstrating the importance of the archaeological wealth and cultural heritage of the country.”

“The palace complex of Aghios Vassilios Hill provides us with a unique opportunity to investigate the creation and evolution of a Mycenaean palatial centre in order to reconstruct the political, administrative, economic and social organization of the region”, said the culture ministry.

The latest discovery is considered to be the most significant discovery made in the region. Experts have termed the discovery to be a fascinating discovery.