New research is showing that ancient Europeans were really fond of ornaments made from freshwater mussel shells. 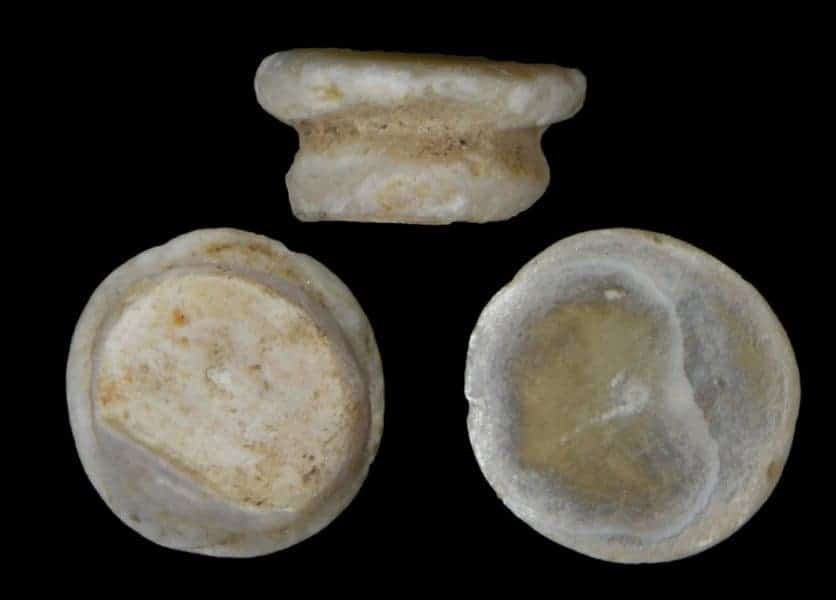 An international research team says that freshwater mussel shells were all the rage in Europe between 4200 and 3800 BC. The findings are based on an analysis of proteins extracted from prehistoric shell ornaments found on the continent. Despite being found at extremely far-off locations in Denmark, Romania, and Germany, the artifacts used in this study were all remarkably similar in look, the authors note — and were all made using the mother-of-pearl of freshwater mussels.

Shell we make some jewelry?

“We were surprised to discover that the ornaments were all made from freshwater mussels because it implies that this material was highly regarded by prehistoric craftsmen, wherever they were in Europe and whatever cultural group they belonged to,” says senior author Dr Beatrice Demarchi, from the Department of Archaeology at the University of York and the University of Turin, Italy.

“Our study suggests the existence of a European-wide cross-cultural tradition for the manufacture of these double-buttons.”

The ornaments the team looked at (known as “double-buttons”) were manufactured between 4200 and 3800 BC. They were generally found in coastal regions, which isn’t very surprising, but they were even found in those areas where plenty of other shells would have been available — which is quite surprising.

Double-buttons were likely applied to leather garments such as armbands or belts through pressing, the team notes. This implies that they were more of a stylish accessory rather than a practical one, a way to show off status or wealth through clothing. As such, archeologists rarely considered freshwater mollusks as a potential source of materials for these buttons in prehistory. They were, simply put, too local and easy to acquire to be considered flashy.

However, it seems that our prehistoric ancestors didn’t really agree. Mother-of-pearl is a very strong and resilient material and, the findings suggest, quite sought-after. It also seems to have been an important driver of prehistoric trade.

“The ornaments are associated with the Late Mesolithic, Late Neolithic and Copper Age cultures,” says Dr André Colonese, from the Department of Archaeology at the University of York, a co-author of the paper.

“Some of these groups were still living as hunter gatherers, but in the south they were farmers switching to a more settled lifestyle. The fact that these ornaments look consistently similar and are made from the same material suggests there may have been some kind of interaction between these distinct groups of people at this time.

The findings show that these peoples either traded for the buttons, shared knowledge of how to manufacture them, or inherited the craft from the groups that came before them. Whatever the case may be, people living at this time “clearly had a sophisticated understanding of the natural environment and which resources to use,” Colonese adds.

Mollusc shells only contain a small quantity of proteins compared to other bio-mineralized tissues (such as bone). This makes them notoriously difficult to analyze, the team goes on to explain. To address this issue, they are not working on “palaeoshellomics,” a set of techniques that should allow them to extract proteins from mollusk fossils.

“This is the first time researchers have been able to retrieve ancient protein sequences from prehistoric shell ornaments in order to identify the type of mollusc they are made from,” says Dr Demarchi added.

“This research is an important step towards understanding how molluscs and other invertebrates evolved. We hope that using these techniques we will eventually be able to track an evolutionary process which began at least 550 million years ago.”

The paper “‘Palaeoshellomics’ reveals the use of freshwater mother-of-pearl in prehistory” has been published in the journal eLife.