While Saudi Arabia is often regarded as mostly a barren wasteland, the country holds some of the world’s most impressive archaeological sites. Now, aerial images from Google Earth have revealed almost 400 ancient structures, built between 2,000 and 9,000 years ago. 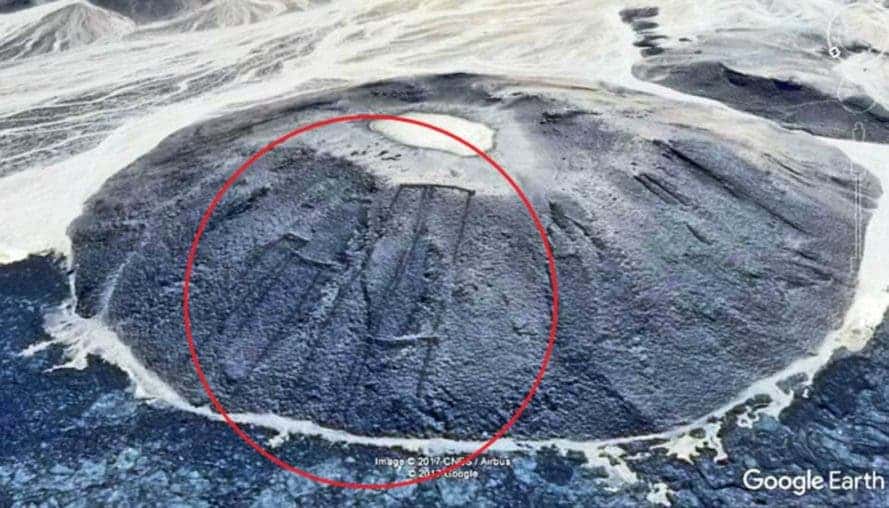 The mysterious gates are located in the western Harrat Khaybar region of the country. Image credits: David Kennedy / Google Earth.

In the good old days, archaeology was done exclusively in the field. You’d find an interesting place, you’d narrow it down, and then start digging. But in modern times, archaeology has changed significantly — much of it is done remotely. Sites are studied noninvasively first, conservation is more important than digging up things, and satellite images can be of great help, especially in inaccessible areas. With the aid of such images, a professor at the University of Western Australia discovered hundreds of bizarre structures. They’re unlike anything he’s ever seen before.

Professor David Kennedy, a researcher in Classics and Ancient History, calls the structures “gates,” for the lack of a better name.

“I refer to them as Gates because when you view them from above they look like a simple field gate lying flat, two upright posts on the sides, connected by one or more long bars,” he said in a press release. The gates don’t have an obvious use or purpose. Kennedy and other archaeologists are still trying to figure out why they were built in the first place.

The interesting thing is that these structures aren’t even visible at ground level. This is actually the case for surprisingly many large-scale archaeological features. You could be right beside them or even on top and not realize it without some aerial perspective is needed. Rather ironically, Kennedy hasn’t even visited Saudi Arabia once in his life, but he was able to locate almost 400 of these features. Shapes range from giant circles of stone that may be 400m across. 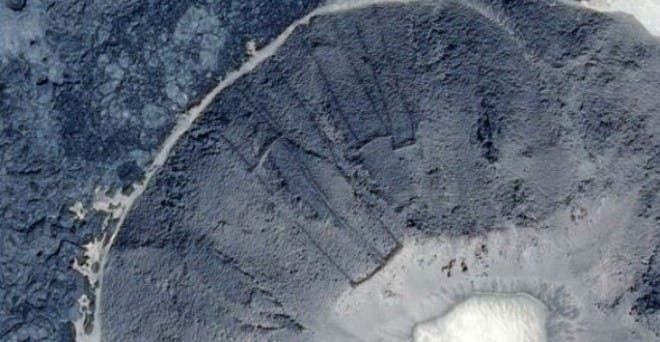 “You can’t see them in any intelligible way at the ground level but once you get up a few hundred feet, or with a satellite even higher, they stand out beautifully,” Professor Kennedy said.

Although Professor Kennedy has flown in helicopters over Saudi Arabia’s neighbour Jordan since 1997, it was only the ascent of Google Earth that revealed these features. It was actually Dr. Abdullah Al-Saeed, an amateur Saudi Arabian archeologist, who first spotted the structures and brought them to Kennedy’s attention. The next step is to date these structures, but also keep an eye out for discovering even more of them. It’s very possible for additional structures to be lying around the abandoned areas, and Kennedy hopes to spark public interest

“There are many other features that have only recently been understood as forming classes of prehistoric ‘geoglyphs’ that were widespread in an area thought to be very barren and devoid of human impact,” Stephan Kempe, a former professor of physical geology at Germany’s Technische Universität Darmstadt, told the Times.

To make things even more intriguing, not much is known about the people who built them. Some, 2,000 to 9,000 years ago, the area was inhabited by the ancestors of beduins, who describe them collectively as ‘The Works of Old Men’. Though the area is barren and deserted today, it was probably a flourishing area once, with a different type of climate. 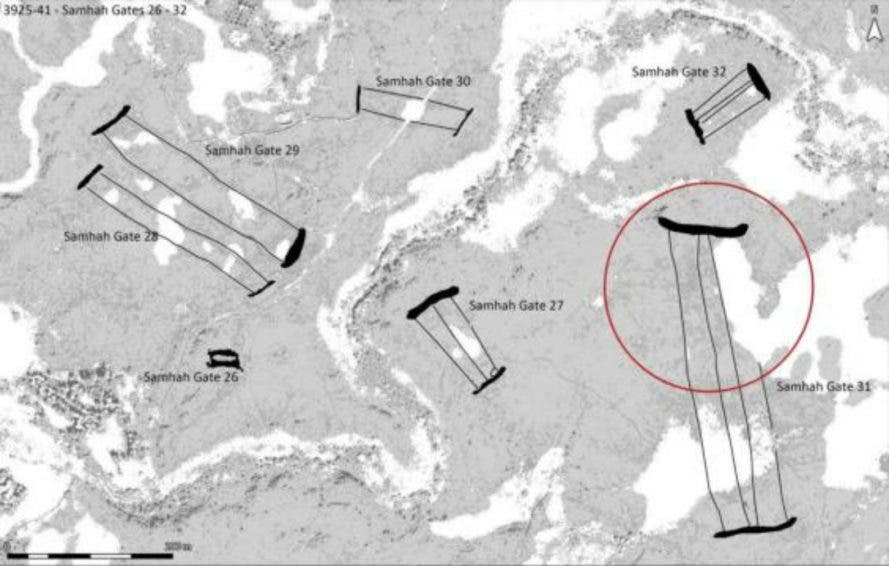 It’s not the first time remarkable features have been discovered with Google Earth. The open-access imagery database has revealed everything from crop circles to uncontacted tribes in the Amazon.

The findings are described in a research paper to be published next month in the journal Arabian Archaeology and Epigraphy.