Israel Antiques Authority (IAA) archaeologists have uncovered the ruins of a 1,600 year-old complex of glass kilns in the Jezreel Valley. Their size indicates that Israel was one of the most important glass manufacturing center in the ancient world, says Dr. Yael Gorin-Rosen, IAA’s Glass Department head curator. 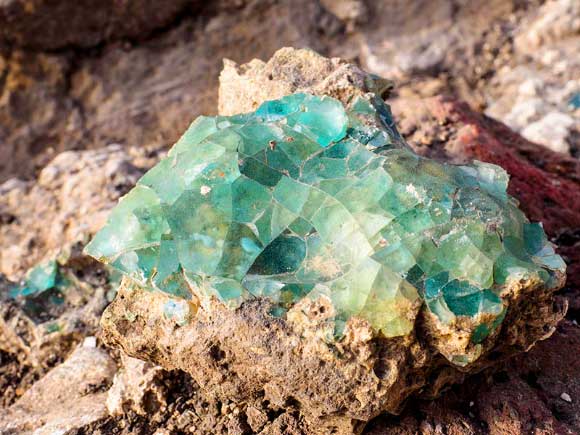 The structures are built in two compartments — a firebox where fuel was burned to create the huge temperatures required for the process and a melting chamber. Here, clean beach sand and salt were mixed and melted at temperatures in excess of 1,200 degrees Celsius (2190 Fahrenheit.) The raw glass would take a week or two to form into huge chunks, some of which weighed in excess of 10 tons. When the kilns cooled, the blocks were broken into smaller pieces that were sold to workshops where it was melted again to produce glassware.

“This is evidence that Israel constituted a production center on an international scale; hence its glassware was widely distributed throughout the Mediterranean and Europe,” said Dr. Gorin-Rosen. 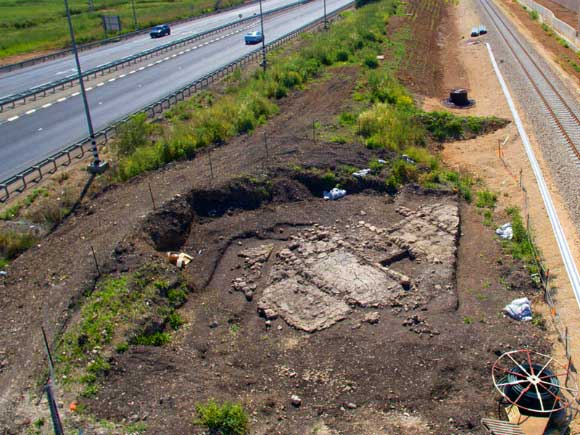 “We know from historical sources dating to the Roman period that the Valley of Akko was renowned for the excellent quality sand located there, which was highly suitable for the manufacture of glass,” Dr. Gorin-Rosen said. “Chemical analyses conducted on glass vessels from this period which were discovered until now at sites in Europe and in shipwrecks in the Mediterranean basin have shown that the source of the glass is from our region.”

“Now, for the first time, the kilns have been found where the raw material was manufactured that was used to produce this glassware,” he added. “This is a very important discovery with implications regarding the history of the glass industry both in Israel and in the entire ancient world.”

Demand for glassware soared during the Early Roman period. It was highly appreciated for its transparency, beauty, the feeling of delicacy these items exuded. As glass blowing was adapted throughout the empire (an inexpensive production technique that dramatically sped up production and lowered costs,) the demand grew even higher.

Glass thus became a common sight from the Roman period onward, being used in almost every household and adorning public buildings as windows, mosaics and lighting fixtures. Large quantities of raw glass were required to fill this demand, production being taken over by specialized centers who could manufacture it on an industrial scale.

A price edict issue by Emperor Diocletian early in the 4th century CE differentiated between two kinds of glass. The first one, known as Judean glass (from the Land of Israel) was a light green color and less expensive than the second – Alexandrian glass (from Alexandria, Egypt).

“This is a sensational discovery and it is of great significance for understanding the entire system of the glass trade in antiquity,” added Prof. Ian Freestone, a researcher with the University College London, UK.