The diets of early modern humans weren’t as diverse as previously believed, researchers from the Senckenberg Research Institute and Natural History Museum. In fact, they shared much of the menu with earlier Neanderthal populations — and competition for food might be what eventually drove these earlier human species extinct. 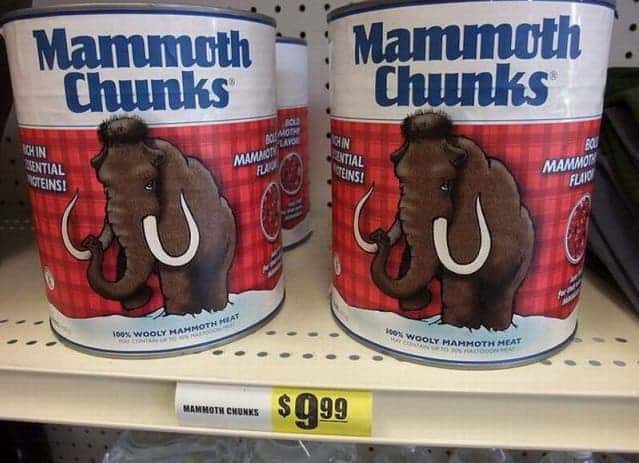 The first modern humans (Homo sapiens sapiens) are believed to have reached Europe some 43,000 years ago. They weren’t the first ones here, however. So they spent some 3,000 years or so steadily displacing and/or dating the local Neanderthals into extinction.

A big part of why they were able to do so is believed to come down to chow: modern humans, the theory goes, had much more varied diets. They’d eat stuff like fish and other seafood, for example, while the locals didn’t. Over time, this wider range of food gave them greater food security, more resilience to changes in flora and fauna, and greater access to nutrients and energy — so they could outbreed the Neanderthals, populate areas these couldn’t find enough food in, and gradually displaced them by relying on their greater adaptability.

“Many studies examine the question of what led to this displacement — one hypothesis postulates that the diet of the anatomically modern humans was more diverse and flexible and often included fish,” says paper co-author Prof. Dr. Hervé Bocherens of the Senckenberg Center for Human Evolution and Palaeoenvironment (HEP) at the University of Tübingen.

But that may not have been the case, an international team led by researchers from the Senckenberg Research Institute and Natural History Museum in Frankfurt, Germany, reports. Their work suggests that modern humans’ diets weren’t more flexible than that of Neanderthals. Just like them, early Homo sapiens diets revolved around mammoth meat and plants, the team finding no evidence for fish consumption. If the two human species’ diets overlapped as much as the research suggests, it’s likely we didn’t out-adapt Neanderthals — we simply out-ate them into extinction.

To see if this theory holds water, the team studied the oldest known modern man fossils, recovered from the Buran Kaya caves on the Crimean Peninsula in the Ukraine. They were looking for chemical fingerprints left over from the stuff these populations ate, trying to piece together what early sapiens populations would have on the menu. 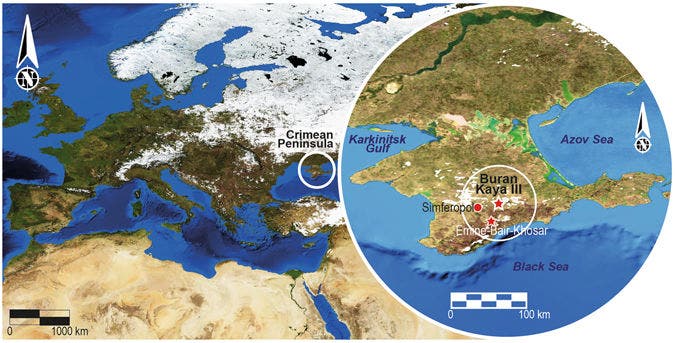 “In the course of this study, we examined the finds of early humans in the context of the local fauna,” explains Dr. Dorothée Drucker, co-author and biogeologist from Tübingen University. “Until now, all analyses of the diet of early modern humans were based on isolated discoveries; therefore, they are very difficult to interpret.”

To reconstruct the ancient dinner tables, the team measured the percentages of stable carbon and nitrogen isotopes (same chemical element but with extra neutrons, making them heavier and distinguishable) in the bones of ancient humans and animals they might’ve hunted — such as antelopes (Saiga tatarica), red deer (Cervus elaphus), horse (Equus sp), hare (Lepus sp), and mammoth (Mammuthus primigenius). Furthermore, as “all the selected specimens provided well-preserved collagen” the team looked at the nitrogen-15 content in this amino acid to allow them to trace the origin and proportion of nitrogen isotopes in the food.

The team reports that early modern humans incorporated a lot of plants in their diets, and they represented a significantly higher percentage of their overall food intake compared to Neanderthals. On the other hand, mammoths seem to have been the mainstay source of meat for both species, putting them in direct competition for food.

“Our results reveal a very high proportion of the nitrogen isotope 15N in early modern humans,” Bocherens adds. “However, contrary to our previous assumptions, these do not originate from the consumption of fish products, but primarily from mammoths.”

“Fish remains are missing in the site despite systematic sieving of the sediment during the excavations,” the paper notes.

In the end, this competition might have ended well for the Neanderthals. But it did for us so yay to that!

The paper “Isotopic analyses suggest mammoth and plant in the diet of the oldest anatomically modern humans from far southeast Europe” has been published in the journal Scientific Reports.