Following the genome sequence of the oldest modern human remains outside of Africa using the most refined DNA analysis to data, scientists believe they arrived at a more price time frame when humans and Neanderthals first interbred – sometimes between 50,000 and 60,000 years ago. The findings also suggest modern humans arrived in northern Eurasia substantially earlier than some scientists thought.

A an ancient leg bone 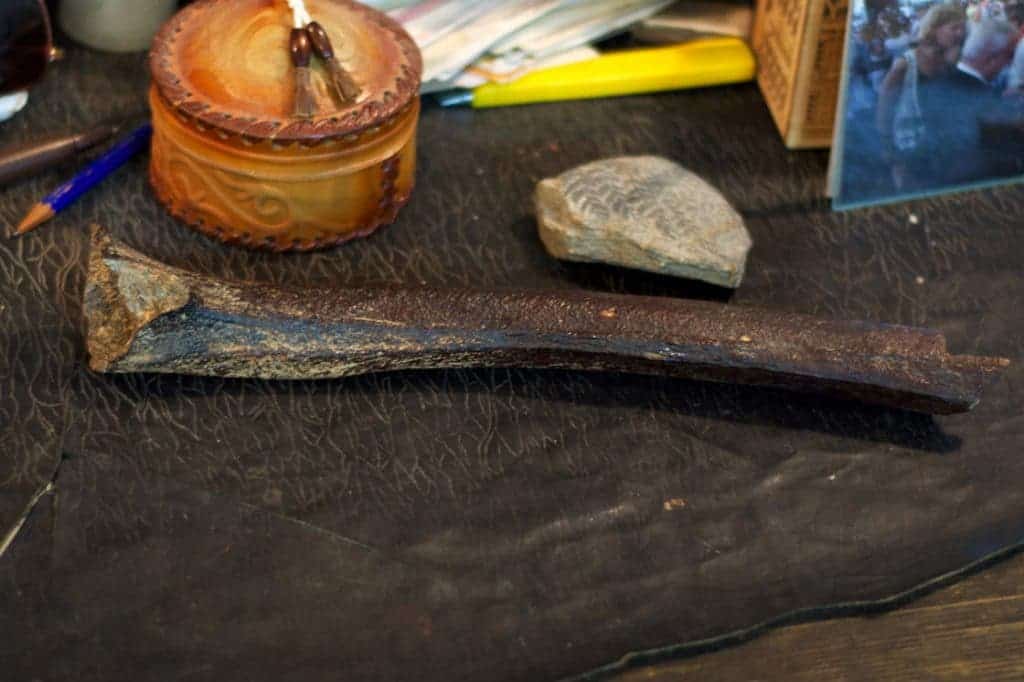 The DNA in the man’s femur shows that he had some Neanderthal ancestors. Credit: Bence Viola/Max Planck Institute for Evolutionary Anthropology

Carbon dating and DNA sequence was conducted on the shaft of a thighbone found by an artist and mammoth ivory collector on the left bank of the river Irtysh near the settlement of Ust’-Ishim in western Siberia in 2008. The remains changed several hands before they eventually reached the Max Planck Institute for Evolutionary Anthropology in Germany, where Prof Svante Paabo and colleagues pioneered methods to extract DNA from ancient human remains and read its genetic code. They found the remains belong to a person who lived some 45,000 years ago at a time when modern humans were only beginning to expand across Europe and Asia. 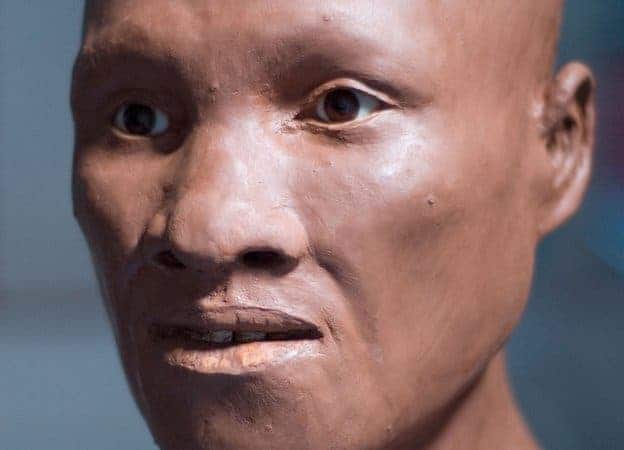 This reconstruction of another ancient modern human found in Romania 43,000 years ago gives us a glimpse of how the Siberian man might have looked like.

The analysis revealed several important insights like the ancient’s diet  that included plants or plant eaters and fish or other aquatic life. Most importantly, the DNA sequence shows that the ancient human shared unshuffled chunks of DNA from a now extinct species of human, Neanderthals who evolved outside of Africa. Namely, 2.3 percent of his DNA came from Neanderthals,  a bit higher than found in modern humans living outside Africa today — a level that ranges from 1.7 to 2.1 percent — but too small a difference to be statistically significant. The new analysis of the date of human-Neanderthal mixing dramatically narrowed the likely range to between 50,000 and 60,000 years ago, a much tighter window than the previous range of between 37,000 and 86,000 years ago.

“Our analysis shows that modern humans had already interbred with Neanderthals then and we can determine when that first happened much more precisely than we could before,” said Paabo.

Moreover, the Siberian man was equally related to West European hunter-gatherers, North Asian hunter-gatherers, East Asians, as well as to the natives of the Andaman Islands off South Asia. Previous studies suggested there was an early split of people who followed a coastal route to Australia, New Guinea and coastal Asia, however the present findings reported in Nature do not support them.

One thought on “Humans first interbred with Neanderthals at least 50,000 Years Ago”