Hominins may have started walking like us much more earlier than believed, new research shows. 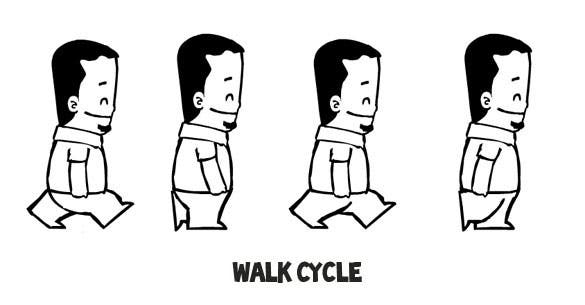 At the start of each playthrough in the latest installment of Civilization, a narrator eases you into the game with the words “from man’s first upright steps”. We laugh when pets rise on their hind feet and share videos of it with our friends, chuckling all around at the animal that ‘thinks it’s human!’. That ubiquitous picture showing the evolution of man starts with an ape walking on all fours in the left and ends with a man walking on just two. And, well, to understand somebody, your best bet seems to be to walk a mile in his or her shoes.

In subtle ways, we see our bipedal walk as something that sets us apart from the rest of the animals on Earth. Something that’s intrinsic to what it means to be human.

As such, ever since we’ve realized that people had to evolve from apes, our collective imagination has given quite a lot of thought to the moment when our ancestors rose from ape-like postures to the upright gait we use today. Scientists have also been interested in finding out when it happened, as that would give us precious insight into the way our ancestors lived, hunted, and evolved.

“Fossil footprints are truly the only direct evidence of walking in the past,” said David Raichlen, PhD, associate professor at the University of Arizona, one of two authors of the paper describing these findings.

“By 3.6 million years ago, our data suggest that if you can account for differences in size, hominins were walking in a way that is very similar to living humans. While there may have been some nuanced differences, in general, these hominins probably looked like us when they walked.”

We refer to the wider set of ancestors that came before Homo as ‘hominins‘, although there is still a lot of debate on what species should be included in that group and what the relationships between them are. This is partly due to the fact that species evolve gradually, in small increments, making it hard to distinguish clearly, partly due to a lackluster fossil record, and partly because evolutionary anthropologists seem decided not to agree on anything, ever.

Common wisdom up to now held that hominids took to two feet around 7 million years ago. Based on observations of how other primate species evolved, however, it was also largely held that these hominids likely walked in a crouched posture with legs bent for quite some time.

Walk a mile in this mud

Raichlen’s and his colleagues’ work focuses on reconstructing walking mechanics starting from fossilized footprints and skeletons of early human ancestors. Together with co-author Adam Gordon (University at Albany), he used a combination of morphological studies and experimental data to show that the Laetoli footprints point to a fully upright, human-like bipedal style of walking.

In one experiment, the duo asked eight volunteers to walk in either an upright or stooped posture, with bent knees and hips, on a mud surface — then compared the depth and shape of their footprints to the Laetoli ones. When they analyzed the impression made by the toe versus the heel, which reflects how the center of pressure moves along your foot as you take a step, they found the footprints at Laeoli were much more similar to the footprints made by modern humans walking upright than stooped. 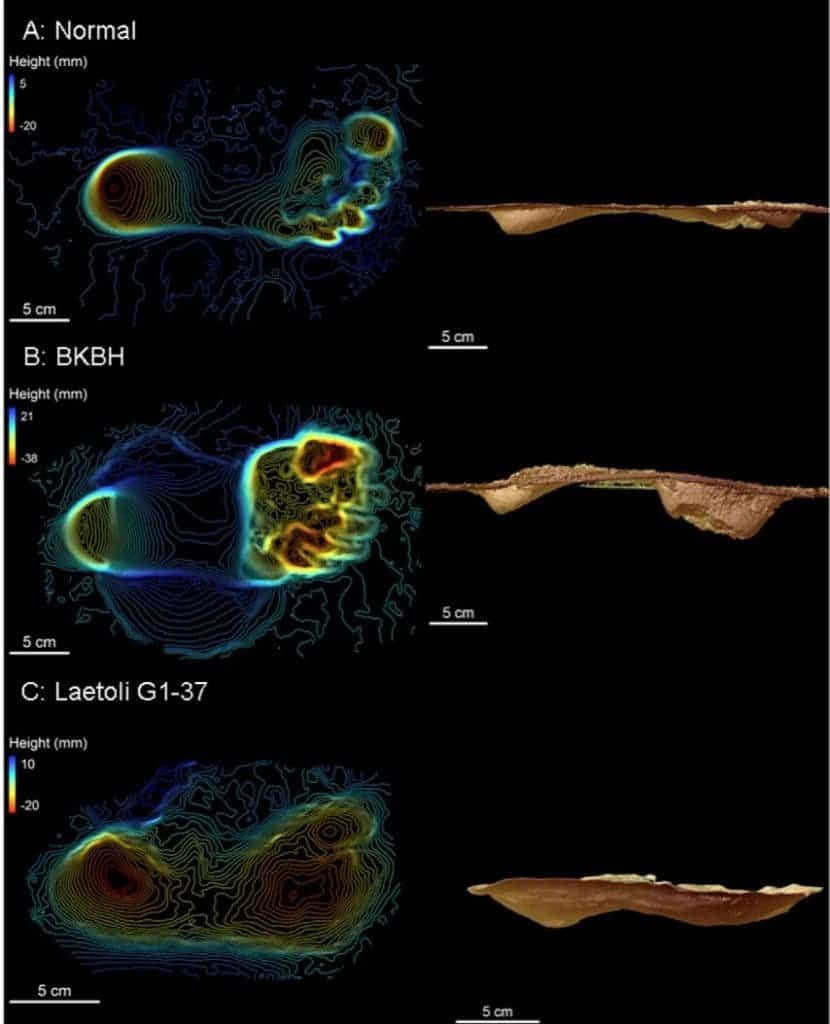 Our ancestors used to walk with a similar upright gait 3.6 million years ago. Credit: David Raichlen, University of Arizona.

Raichlen believes this can be explained by simple economics. When walking upright, having your legs fully extended uses less energy than adopting a stooped, more ape-like position. This suggests that the switch to a more human-like gait likely had something to do with how our ancestors found food, and how far they had to travel to find it.

“The data suggest that by this time in our evolutionary history, selection for reduced energy expenditures during walking was strong,” said Raichlen.

“This work suggests that, by 3.6 million years ago, climate and habitat changes likely led to the need for ancestral hominins to walk longer distances during their daily foraging bouts. Selection may have acted at this time to improve energy economy during locomotion, generating the human-like mechanics we employ today.”

Raichlen, however, cautions that we still don’t know when hominins started adopting different gaits than other primates — we just know that they were walking upright 3.6 million years ago. Until we find the right footprints, that question will remain unanswered.

The paper “Using experimental biomechanics to reconstruct the evolution of hominin locomotor postures” has been presented at the American Association of Anatomists‘ annual meeting during the 2018 Experimental Biology meeting.