Although it comprises about 4.6% of the world’s population, the US consumes 80% of the world’s opioids. While that figure has somewhat dropped in recent years, it still remains a bane for the country and one which won’t go away in the foreseeable future.

“If you include Canada and Western Europe, [consumption of global opioid supply] increases to 95 percent, so the remaining countries only have access to about 5 percent of the opioid supply,” said Vikesh Singh, assistant professor of medicine and director of the Pancreatitis Center at Johns Hopkins University. 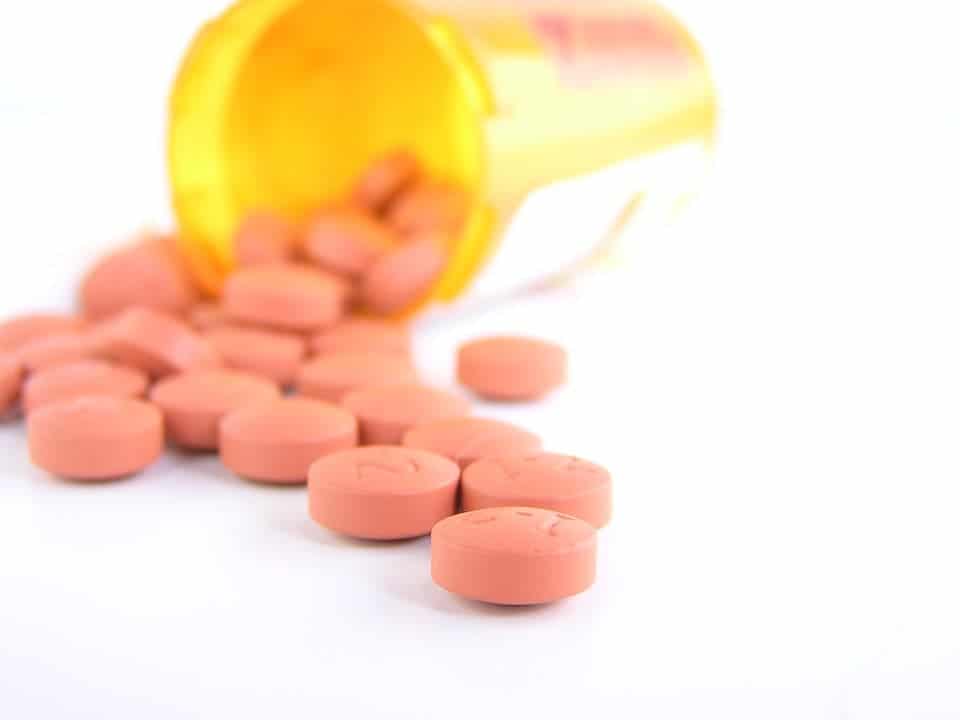 The US has a major drug problem — but it’s not the one you’re probably thinking of. It’s not weed, ecstasy, or even cocaine. In fact, it’s all about a class which most features legal drugs: opioids.

Opioids are a class of drugs that includes illegal drugs as well as powerful pain relievers available legally by prescription, such as oxycodone (OxyContin), hydrocodone (Vicodin), codeine, morphine, fentanyl, and many others. They interact with the brain’s pleasure pathways, producing pleasurable effects and relieving pain. Their potency and availability have made them popular, despite their high risk of addiction and overdose.

They have very important medical uses but, unfortunately, they’re also abused by millions — while Americans are taking more painkillers than anyone else, they’re not in more pain than others.

In 2008, an international team of researchers assessed population pain in 18 countries, finding that the prevalence of chronic pain in the United States was 43% — comparable to that of Italy (42.8%) and even lower than that in France (47.8%). You could try to argue that other countries simply don’t have as good a healthcare system as the US, but none of the statistics back that up. In fact, it’s exactly the US healthcare system that gave rise to this problem.

The opioid crisis has its roots in the 1990s, favored by the US healthcare system, in which most people are required to get their own insurance. In the absence of universal healthcare, most people prefer taking prescription pills over more expensive medications, but also more efficient therapies. In essence, you’re just trying to get the pain to go away without dealing with the cause.

Some companies are taking full advantage of this, and, to an extent, even causing the problem. For instance, according to The Guardian, from 1996 to 2001, American drug giant Purdue Pharma held more than 40 national “pain management symposia” at picturesque locations, hosting thousands of American doctors, nurses and pharmacists. They also let patients try a 30-day free supply of these highly addictive drugs, acting much like the proverbial drug dealer who gives you the first shot for free. The marketing and selling of legal opioids has been an economic success for some companies, but a health disaster for Americans. When Purdue was fined over $600 million in 2007 for misleading the public, it just shrugged it off as it was already raking billions in profit.

People, however, are paying the price. 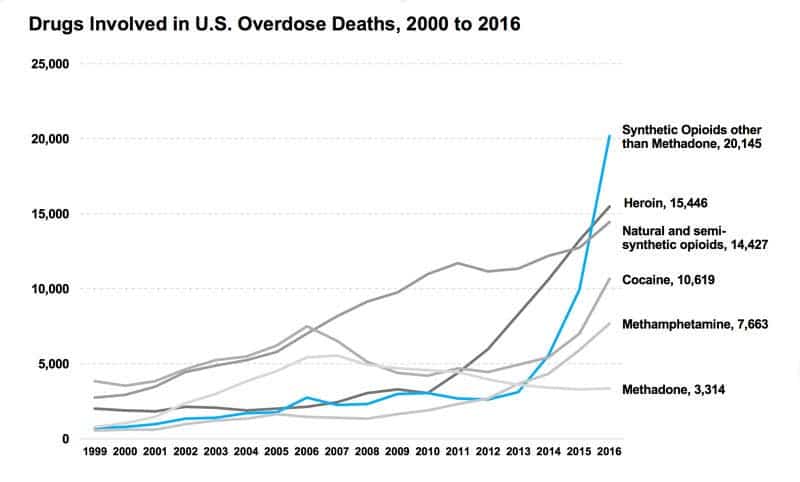 According to the U.S. Drug Enforcement Administration, “overdose deaths, particularly from prescription drugs and heroin, have reached epidemic levels.” In 2016, over 64,000 Americans died from overdoses, a 20% increase from the previous year, and a 1600% increase from 1999. There were fewer than 3,000 overdose deaths in 1970, when a heroin epidemic was raging in U.S. cities.

While opioid abusers often do end up turning to heroin, the legal opioid consumption has become a major crisis in itself.

The scale of the problem cannot be overstated. According to the HHS, drug overdose deaths are the leading cause of injury death in the United States, and the vast majority of them come from opioids.

But it wasn’t always like this. In recent years, enabled by the likes of Purdue, opioid usage is spiking across all demographics. The volume of opioid pills prescribed in the US since 1999 has quadrupled, and here’s the kicker: at a national level, the drugs don’t even help reduce pain. A recent report from the CDC found that “there has not been an overall change in the amount of pain Americans have reported in that period.”

In October 2017, US President Donald Trump declared the opioid crisis a national emergency, though the administration failed to make any major progress. Throughout his administration, the US continued to remain an unusually friendly environment for manufacturers to market opioids aggressively, while also donating generously to political causes and regulatory bodies. While this continues to be the case, there can be no real efforts to counter the opioid crisis.

Powered by an expensive and inefficient healthcare system, with insufficient government action and rapacious corporations pushing their own agenda, the future looks challenging. The prescribing rates for prescription opioids among adolescents and young adults nearly doubled from 1994 to 2007. The younger generations are already growing up with opioids, consumption is normalized, and the crisis seems unlikely to end anytime soon.