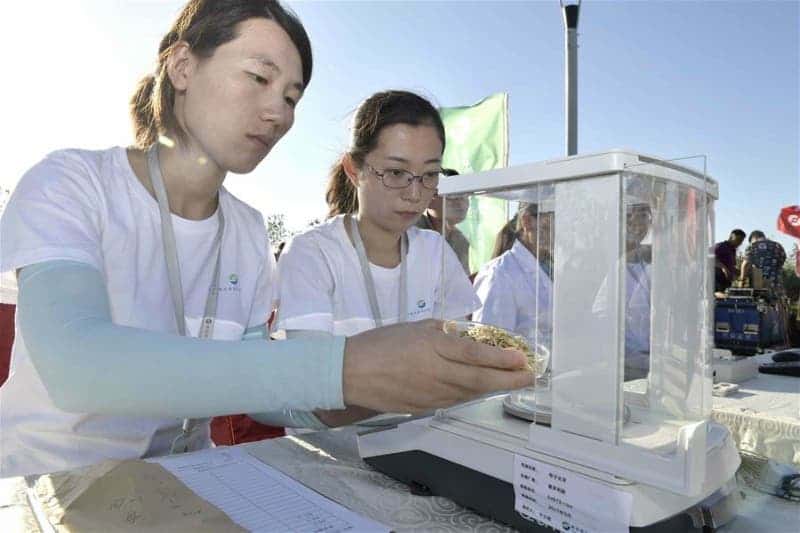 There are also reported benfits to these strains. Image credits: Xinhua.

Rice can be grown pretty much anywhere in the world, even on steep hills and mountain areas. However, it’s labor-intensive and requires ample quantities of water, which has made it a staple in many parts of Asia, where labor is cheap and water is abundant. However, rice is also grown in many low-lying coastal areas, such as Bangladesh or Eastern China, where millions of hectares are threatened by soil salinity. If soil salinity grows too much, it affects the plant’s physiology, destroying entire crops. This is why having salt-resistant rice can be such a game changer.

At the Saline-Alkali Tolerant Rice Research and Development Center in Qingdao, eastern China, researchers and students planted over 200 types of rice. They then treated the soil with seawater from the Yellow Sea, and progressed just like with a regular rice paddy. The scientists were confident in their projects and expected yields of around 4.5 tons per hectare, but the results were even better: four types registered 6.5 to 9.3 tons per hectare, making the prospect of commercial availability much more likely. This is significantly higher than the global average yield, which is around 4.5 tons per hectare.

This approach is not new. In the 1970s, Chinese researchers started looking at ways to make rice more resistant to salt. After decades of trait selection, cross-breeding and genetic screening, they finally narrowed it down to eight species — but yields were still low, just around 2 tons per hectare. Now, they seem to have finally achieved the big breakthrough. Although costs are still a big problem, the fact that they are the biggest problem is a good sign. 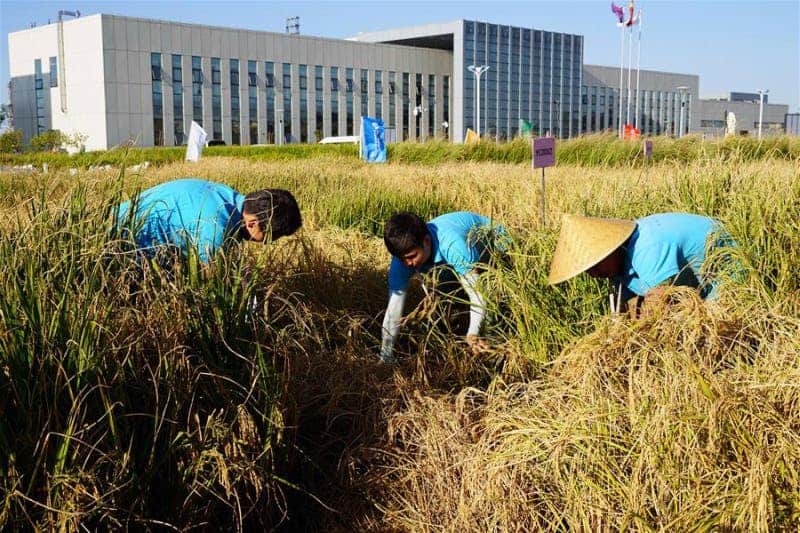 A kilogram of the rice costs 50 yuan (US$7.50), about 8 times more than regular rice. However, cost is expected to go down as mass production increases, and rice itself is a pretty cheap food. Considering that in total, China has more than one million square kilometres of waste land — an area big enough to fit Texas and California — it’s easy to see why researchers are so thrilled. It offers the potential to feed a lot of people, even if it does mean paying a bit more.

There are also other benefits to this technique. Saltwater keeps pests and parasites at bay, meaning that producers might reduce costs even more. Also, while the rice itself is not salty, it is richer in nutrients such as calcium. Professor Huang Shiwen, the leader of the rice disease research team at the China National Rice Research Institute in Hangzhou, Zhejiang, said this could help keep many potentially harmful bacteria at bay.

“To survive in the harsh environment, these species must have some ‘diehard’ genes which may enable them to better resist the attack of certain diseases or bugs, especially those happening at the root or lower stalk,” he said.

Yuan Longping, who has long studied salt-resistant rice founded Yuan Ce Biological Technology, a Qingdao-based start-up which plans to bring this modified rice to the tables. He believes that already by the end of the year, the “sea rice” will make 10 million yuan ($1.5 million) in revenue, a very optimistic figure for something up to a few months ago was completely uncertain. 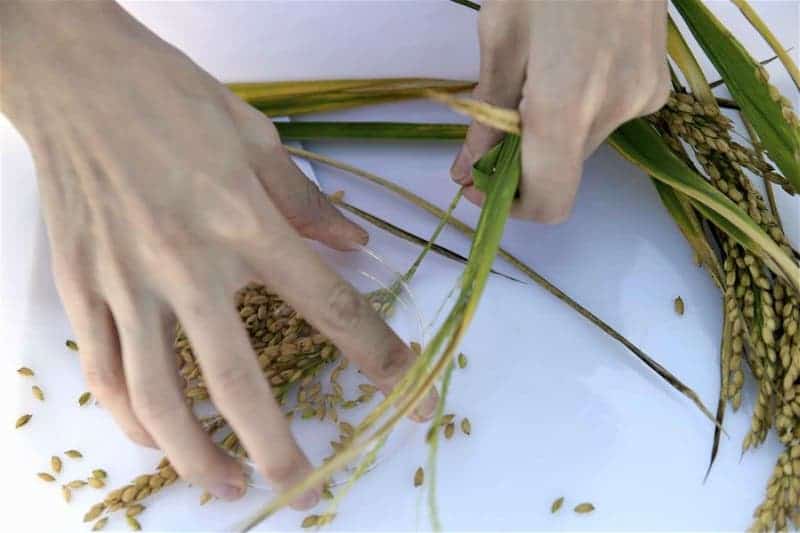 The new rice reportedly has a different texture and flavor. Image credits: Xinhua.

However, not everyone is a fan of this project. Liu Guangfei, a wasteland treatment expert at Beijing-based Eagle Green Technology Development, said that the rice would only grow in China’s coastal areas, whereas 90 per cent of the saline and alkaline soils in China are in inland areas. These soils are also rich in sodium sulphate, which the rice isn’t prepared to deal with. Furthermore, he adds, planting the new rice species would only enable soils to gather more and more salt, rendering then completely unusable for any other plants. Instead, Liu argues, other commercial plants such as jujube and wolfberry could be grown over these soils, helping reduce the salt quantity and improving overall soil quality.

“Planting this rice will keep the land salty forever,” he said. “It cannot be used to grow other crops.”

But again, the decisive argument will perhaps be the economic one. This is a spectacular achievement which could make a big difference in some parts of the world, but at the same time — China now has a surplus of rice. Whether or not it can fit the new addition to the market remains to be seen.