A bit late on reporting this, but I’m still struck with amazement by this extremely peculiar case of precipitations. Last week a cold wave hit Chile and surroundings, including the Atacama desert, known to be the driest place on Earth, covering it in snow.

In this area less than 50mm of rain on average is reported each year, and in some spots it can be as low as 1-3 mm. It’s extremely surprising then that the Atacama has been inflicted with 31.5 inches of snow after a cold front brought subzero temperatures to much of South America.According to the national emergency centre in Chile, the area had not seen this amount of snow in close to 20 year, leading to closed roads and stuck vehicles. According to local media, authorities rescued 36 people on Tuesday, whose bus had been stuck in heavy snow.

Parts of the desert are known to be devoid of moisture and therefore all life, even bacteria. The lack of airborne water and minimal population leads to it having some of the clearest skies in the world, hence the abundance of huge observatories as they can stargaze all year round. 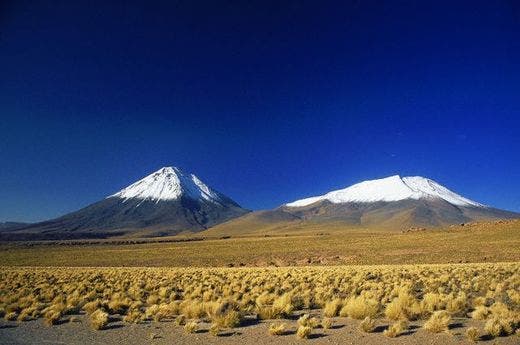 White-peaked volcanos rise from the plains of the Atacama Desert under deep blue skies. The Atacama is the driest desert in the world.

Global warming? Might be. Freak of nature? Weather is known to act unpredictably all the time. What’s your take?