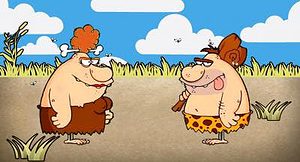 The caveman theory that says men are better navigators than women because they had to find their back home after hunting is flawed, University of Illinois researchers show.

It’s a rather well-attested fact that men are significantly better than women at spatial navigation, something that holds across a wide variety of species, not just humans. General belief holds that evolution triggered this response since our ancestors needed to return home after traveling vast distances in search of food, while the females stayed home. This theory is flawed according to the University of Illinois, who have proven this not to be the case. Instead, they suggest testosterone as a more reasonable explanation for spatial differences between men and women.

If the evolutionary theory were correct, as in males that were better at navigating had a better chance of survival and thus passed on their genes, then basic genetics tells us that these genes would have been passed to women as well. Still, the discrepancy holds.

The only way a certain gene might be passed to a sex of a species, and not the other, is if that gene would negatively affect one of the sexes and not the other. A good example is nipples. For women, nipples are indispensable and is fairly obvious why (nurture young), however, they serve no purpose in men. So why do men have them? The answer is simple: because it doesn’t hurt them. If nipples would negatively affect men in some sort of way, then they would have disappeared in a matter of a couple of generations.

If the theory was true, then the researchers should have seen a sort of correlation or even a simple link between territorial range and spatial ability. No such thing, however. The scientists found that in the eight out of eleven species where males showed better spatial reasoning than females, this behavior applied regardless of territory size or the extent to which male ranges spanned farther than female ranges. So even though females roamed just as much as males, they still weren’t as good at making their way around as males.

“We find no support for the hypothesis that species differences in home range size dimorphism are positively associated with parallel differences in spatial navigation abilities.”

“The alternative hypothesis that sex differences in spatial cognition result as a hormonal side effect is better supported by the data,” the authors write.

And the key hormone that the researchers believe is actually driving better spatial reasoning is testosterone. Navigational abilities may be a side effect of higher testosterone levels: previous studies have shown that women who take testosterone tend to see an improvement in their spatial navigation abilities.

What’s more important to take away from this, however, is that while a theory might seem intuitive, it might be flawed and showed be considered flawed until solid evidence is brought on the table. An unfounded theory is not a theory, but a story.

The findings of the present study were reported in The Quarterly Review of Biology.

3 thoughts on “Why are men better navigators than women? Testosterone, not evolution might be the answer”