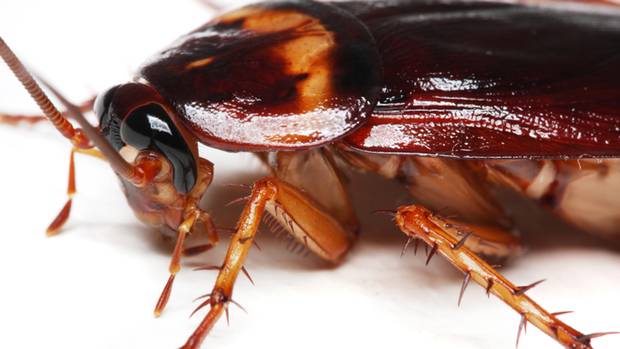 Cockroaches are maybe the most amazing insects in the animal kingdom – they’re simply made to survive. These little buggers can survive in sub-zero temperatures, can withstand a lethal dose of radiation up to 15 times of that for humans, can live without food for a whole month and … they can live with a severed head for up to a week. The last instance is of particular relevance to the article at hand, since scientists at University of California, Berkeley have found that cockroaches balance themselves without using their brains. Practically, the insect’s legs have a mind of their own.

Shai Revzen, now an assistant professor of electrical engineering and computer science, and colleagues sought to find out just how cockroaches keep their balance and devised an experimental set-up comprised of a tray that wiggled in different directions as a result of an  elastic that stretched and contracted. The cockroach that was placed on the tray would immediate re-balance itself as soon as the tray zoomed in one direction or another.

Using high speed cameras and a computer to trace where exactly the cockroach stepped, the scientists found that the insect made its adjustments  at the end of a step, instead of in the middle. What this means is that the roach’s nervous system was relying on continuous feedback from the cockroach’s surroundings, and that it didn’t receive instructions from the brain. A separate experiment that used electrodes attached to a cockroach’s leg confirm these findings as well.

This behavior is truly remarkable, and scientists designing robots can learn a great deal from the mighty roach. If you’ve interacted with a robot or two before then you know how clumsy they can be and how truly difficult it is for them to simply stay on their “feet”. Adaptability is a great challenge for robot designers worldwide. All current motor designs are based on instructions sent and received by the “robot brain” via sensors in a robot’s legs for instance. The cockroach however keeps the brain out of the equation and does this one step at a time.

What about humans? Well, the curious thing is that scientists still aren’t sure how our legs control walking – a very complicated motor and nervous activity. After scientists learn how our legs respond to the outside environment and just how exactly the nervous system coordinates walking, expect a new era of extraordinary prosthetic limbs and therapies for people suffering from brain injuries to unfold.

Findings were published in the journal Biological Cybernetics.