Harvard researchers have revealed a cute, self-powered octopus-like robot. The robot is surprisingly resilient and can operate for up to eight minutes by itself, opening up new possibilities in robot design. 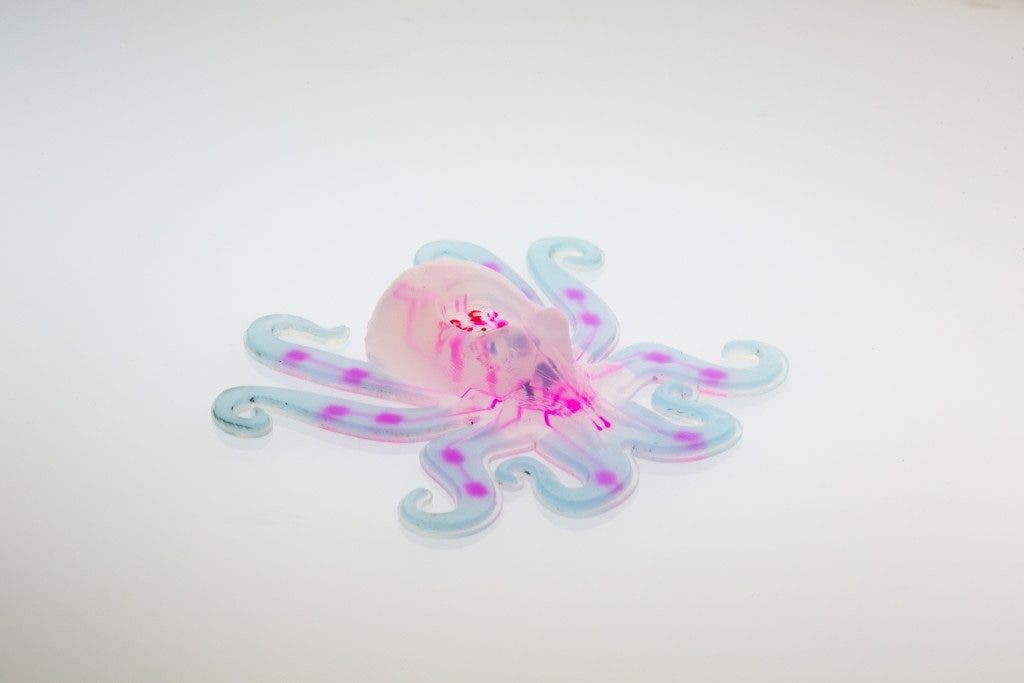 Soft robots could revolutionize the industry. They’re more adaptable to many natural environments, and are ironically more resilient than their solid counterparts because they can adapt to various environments. However, there are some very big hurdles against soft robots – especially batteries.

“Soft robots possess many attributes that are difficult, if not impossible, to achieve with conventional robots composed of rigid materials,” researchers write in the study. “Yet, despite recent advances, soft robots must still be tethered to hard robotic control systems and power sources.”

You can’t really fit conventional batteries on a soft robot… because batteries are hard. So, the big challenge is making these squishy bots fully autonomous — something  Jennifer Lewis and her colleagues at Harvard University managed to overcome, and created the cute ‘octobot’ you see above.

“Creating a new class of fully soft, autonomous robots is a grand challenge, because it requires soft analogues of the control and power hardware currently used,” Lewis added in the study.

They used a combination of techniques to develop it, including 3D printing of the pneumatic networks within the soft body. Octobot can operate autonomously for 4-8 minutes, but that run-time could be significantly improved by a more sophisticated design of fuel usage.

Like with any nascent technology, there are no immediate applications in sight, but in the long run, soft robots could really be a game changer. Speaking with ZME Science, Ryan Truby, author and Ph.D. candidate at Harvard University’s Paulson School of Engineering and Applied Sciences discussed potential applications for the technology:

Michael Wehner, the co-lead author on the paper added:

“As Ryan points out, this is a new field so the “Killer App” is yet to be determined. Some early avenues to explore are in fields involving human-robot-interaction, a long-time focus area of mine.”

“As inherently soft, soft robots pose less risk to both humans and the robots themselves in unplanned interactions, which must be accounted for in unstructured environments.”

Another interesting point about the robot is its fuel. The Octobot system uses concentrated hydrogen peroxide as fuel, which is already a pretty eco-friendly option, the byproducts being oxygen, water and heat. The hydrogen peroxide decomposes into oxygen gas and water vapor, as regulated by the microfluidic “soft controller,” powering actuation. This approach also opens up an intriguing possibility, as Truby explains:

“I think that in the future, it would be neat to see if a robot like the Octobot could possess the ability to produce hydrogen peroxide on-board using reagents from its environment. This could be done, for example, using a biochemical reaction that is regulated within the soft robot. However, this would be a tremendous challenge!”