A team at MIT has developed a prediction algorithm that allows them to determine when the price of the infamous volatile cryptocurrency, Bitcoin, will drop or rise. Using this method, the researchers managed to double their initial investment in 50 days, all through an automated process that involved more than 2,800 transactions. 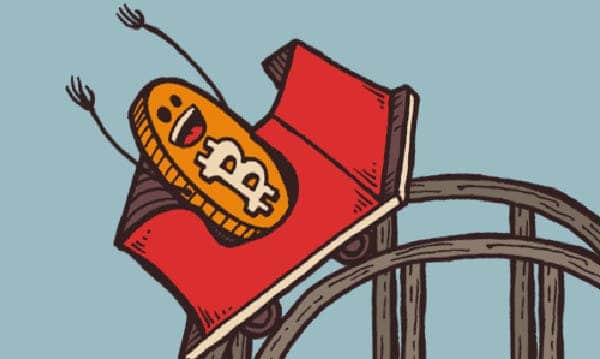 An algorithm developed at MIT can predict how Bitcoin will fair in the future. Image: Bitcoin

Since the last year or so, Bitcoin has exploded on the market sitting today at nearly ten times the price it was valued only 2 years ago. Many early investors who believed in the currency and locked their investment have now become wealthy, yet because there are few places you can actually use Bitcoins, the currency is mostly regarded as a commodity. As such, most investors put money into Bitcoin to speculate and earn returns. This behavior has significant consequences on the currency’s trading patterns, with prices fluctuating heavily on a day to day basis. With this in mind, is it possible to predict future returns for Bitcoin trading? A researcher at MIT’s Computer Science and Artificial Intelligence Laboratory and the Laboratory for Information and Decision Systems recently developed a machine-learning algorithm that does just this.

Can history predict where the money will flow?

Devavrat Shah and recent graduate Kang Zhang, both at MIT, collected  price data from all major Bitcoin exchanges, every second for five months, accumulating more than 200 million data points. This step was critical – the researchers needed as many points as possible for their historical analysis to make better predictions. They then a technique called  “Bayesian regression,” to basically train the algorithm to automatically identify patterns from the data, which they used to predict prices, and trade accordingly. Thus, their automated setup predicted the price of Bitcoin every two seconds for the following ten seconds. If the price movement was higher than a certain threshold, they bought a Bitcoin; if it was lower than the opposite threshold, they sold one; and if it was in-between, they did nothing.

Over 50 days, the team’s 2,872 trades gave them an 89 percent return on investment with a Sharpe ratio (measure of return relative to the amount of risk) of 4.1.

“We developed this method of latent-source modeling, which hinges on the notion that things only happen in a few different ways,” says Shah, who previously used the approach to predict Twitter trending topics. “Instead of making subjective assumptions about the shape of patterns, we simply take the historical data and plug it into our predictive model to see what emerges.”

Next, the team plans on further scaling their data points to gain a more refined view of Bitcoin’s history and, consequently, make the algorithm more effective.

“Can we explain the price variation in terms of factors related to the human world? We have not spent a lot of time doing that,” Shah says, before adding with a laugh, “But I can show you it works. Give me your money and I’d be happy to invest it for you.”

Now, this sort of algorithms aren’t new – what’s new is that Bitcoin is involved. This sort of machine learning bits have been used extensively for decades in the stock market. Do they work? Yes and no – it depends on the market, basically. I suspect this algorithm works (for now) because there are yet just a couple of traders (compared to other currency or commodity traders) who collectively behave according to a pattern. As Bitcoin will grow, so will it’s complexity, but this is another story, for some other time. Soooo, where can you buy this algorithm? It’s not yet open to the public from what I gathered, and maybe it won’t ever be. If it were public, though, it will probably become useless after it reaches it’s critical point. Make the observer an active participant to the experiment and everything topples over.

The team’s paper was published this month at the 2014 Allerton Conference on Communication, Control, and Computing.