This huge destroyer is apparently too stealthy for its own good – at least at peace. The U.S. Navy’s new Zumwalt-class guided missile destroyer (DDG 1000) is so hard to detect that its crew plans to sail with giant reflectors just to make sure other ships can see it. 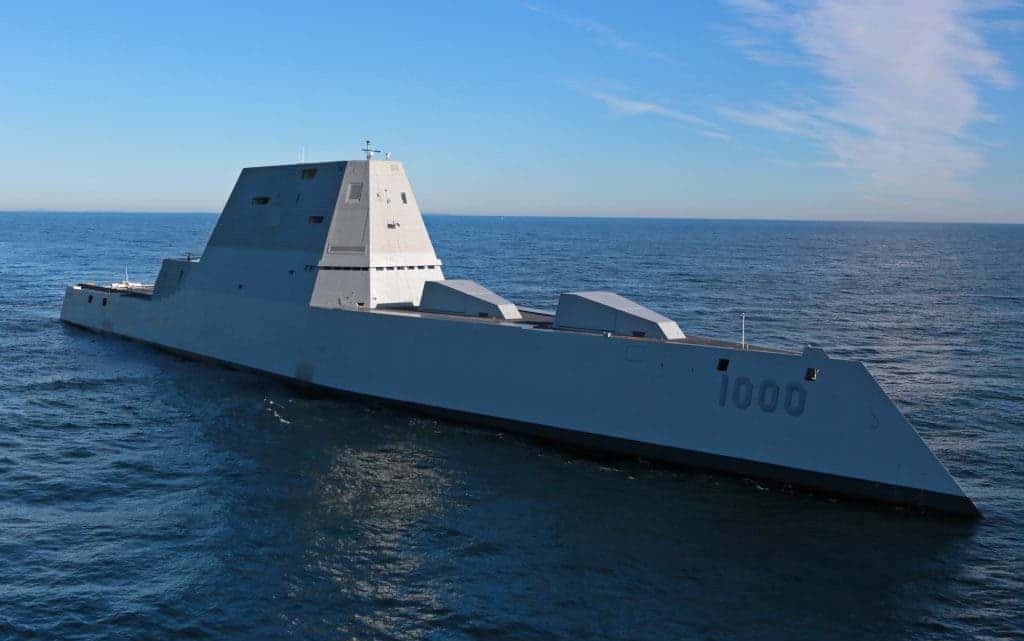 The USS Zumwalt (DDG-1000) is the lead ship of the Zumwalt class, designed to be almost undetectable with radar. It’s 50 times harder to detect than other destroyers in its fleet, and it will be even stealthier after some testing equipment is removed. Its radar cross section is similar to that of a small fishing boat. In fact, when a lobsterman in Maine, Lawrence Pye, was near the ship, he thought it was a 40-foot fishing boat – not a 610-foot warship.

“It’s pretty mammoth when it’s that close to you,” Pye told AP.

It’s not the first time the Zumwalt has interacted with fishermen. It happened once before, but under completely different conditions. In December, the ship actually answered the distress call of a fisherman who had a heart attack. The man was saved.

Indeed, it’s so stealthy that it can actually be dangerous and trick unsuspecting ships. The possibility of a collision is generally quite small, but civilian mariners might not see it during bad weather or at night. For this reason, the ship will be equipped with massive reflectors, ironically to make it less stealthy. The reflective material that will be used aboard the Zumwalt will look like metal cylinders. Other vessels have also used the material during difficult navigation conditions, and this should eliminate any risk of collision.

This destroyer is unlike anything that’s ever been built for any navy (as far as I could find). Aside for the anti-radar technology it features a wave-piercing “tumblehome” hull, composite deckhouse, electric propulsion and new guns. But the price tag is there – around $4 billion, 200 times more than SETI’s budget for an entire year, and two times more than the entire budget for the Curiosity mission, which put a rover to Mars.