MIT and Steelcase researchers have teamed up to revamp 3D printing and throw in a Westworld-esque vibe in the bargain. This new technique injects the material into a supportive gel and can print much larger objects than previously possible in a matter of minutes. 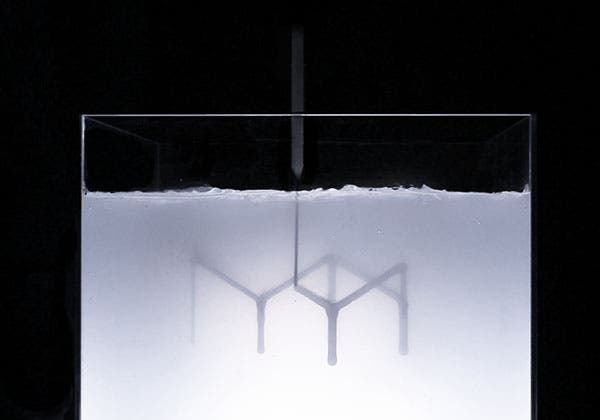 Dubbed Rapid Liquid Printing because MIT probably doesn’t have a naming division, the approach forgoes the layer-by-layer approach of traditional 3D printing methods and instead injects material directly into a vat of supportive gel. The injection head essentially ‘draws’ the object inside the vat, with the gel providing buoyancy and maintaining the shape of the object while it hardens.

Altering the speed of injection and the speed at which the head travels through the gel will alter the thickness of lines laid down by the device, allowing for a huge range of shapes to be created. 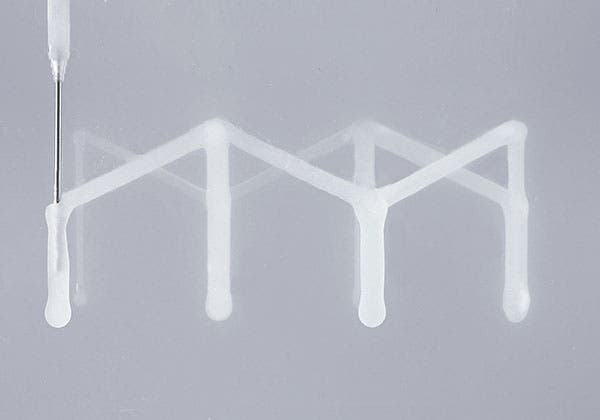 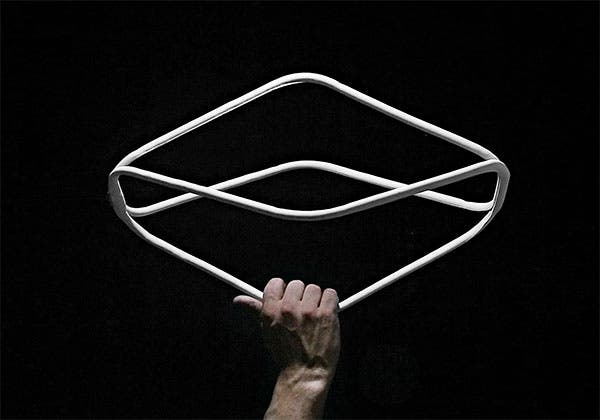 RLP allows for much larger objects to be created much faster and using stronger materials than traditional printing methods. The developers, a mixed team of researchers from the MIT’s Self-Assembly Lab and furniture manufacturer Steelcase, hope the technology will address what they perceive are the main limitations of traditional 3D printing methods: slow manufacturing speed compared to conventional processes such as milling or injection molding, their (usually) small scale, and the narrow range of materials they can use (which are also comparatively lower quality than other industrial materials).

And it works, on all counts. This cool video the developers put together showcases how RLP can be used to print a whole piece of furniture in a matter of minutes. Check it out: