A new model of a spectrometer was unveiled by Australian national nuclear research and development organisation (ANSTO); but this one is made of LEGOs. 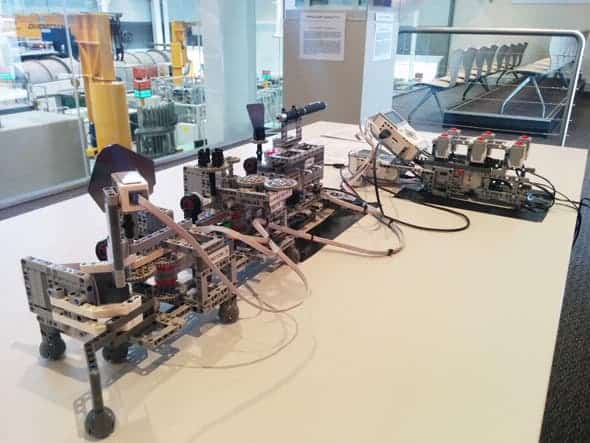 Bbuilt by John Burfoot of Macquarie  ICT Innovations Centre (MacICT), the replica is absolutely stunning, and one of the goals is to get kids more interested in science.Burfoot, a science and robotics facilitator at MacICT, spent the model over several weeks. He said:

“About a third of the time went on the design, another third on building it and the final third on the programming,” said Burfoot, who has designed many robots for school education previously but not a scientific instrument until now. He described the experience as exciting, inspiring and a little bit scary. “It recaptured the flow or synergy you feel during the creative process—something that children who build robotic models can also experience.” When he encountered technical problems, he consulted with student engineers at Macquarie University to find solutions.

It’s also another reminder that LEGOs aren’t just toys – they’re educational tools as well. Six local school kids whose parents work at ANSTO will construct another Taipan model themselves, adding their own improvements and refinements.

Instrument Scientist, Kirrily Rule, who operates Taipan (the spectrometer) is very enthusiastic about this new resource:

”It’s very different than the LEGO I used as a kid. Much more than a toy, education officers can use the model to demonstrate physics to children and hopefully stimulate their interest in science,” said Rule. Like the original instrument, it has moving parts. “You can control how it moves, just like our Taipan, which bends like a snake,” said Rule.

Taipan is a triple-axis spectrometer developed for the study of collective motions of atoms in solids – and the replica mimics it almost exactly (with the obvious limitations of LEGO pieces). It even has a small glass prism used as a sample.

“We are using the prism to split the white light into the colours of the rainbow – which each have different wavelengths (and energies) – to show how the neutron’s energy can change during the interaction with the sample,” said Rule.“So instead of thermal neutrons in the LEGO model, we are using light. The concept is very similar.” 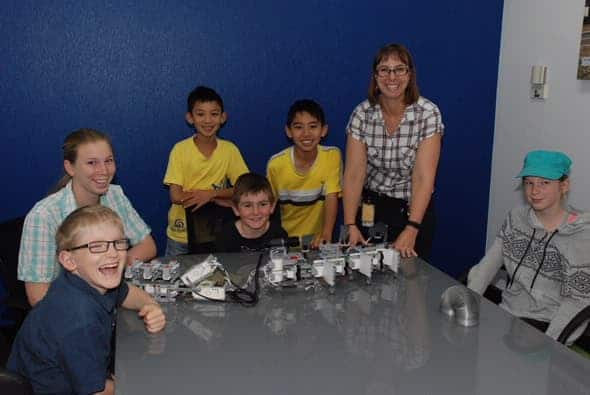 They also used a mirror-like material for the model to reflect the light from the prism.

“We used offcuts from the silicon panels that came from our Emu instrument, which brings another level of accuracy to the model,” explained Rule.

Dr Damien Kee, an education technology expert said that creations such as this encourage kids to think more creatively and to actively engage in scientific activities.

Now, ANSTO plans to build even more instruments from LEGOs – and personally, I think this is a great initiative.

One thought on “Move over, toys: scientists create LEGO replica of a nuclear spectrometer”