India’s getting serious about their green revolution, and they’re taking it step by step. 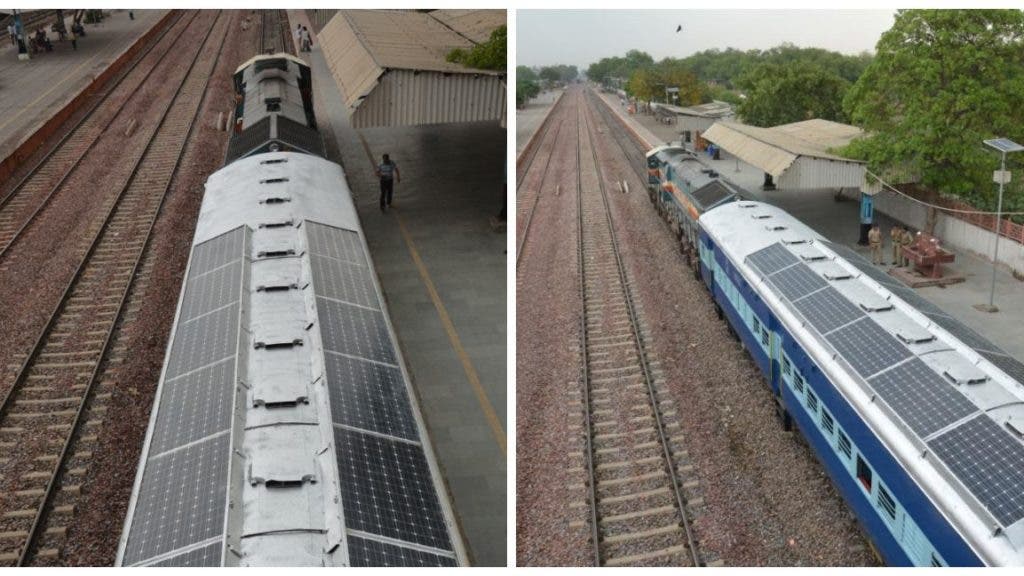 India, one of the world’s largest greenhouse gas emitters (also expected to greatly increase its emissions in future years), is also one of the most ambitious countries when it comes to sustainable goals. India is already set to overachieve its Paris target, which is to lower the emissions intensity of GDP by 33%–35% by 2030. But not everything is looking great in India — not at all. Coal still generates over half of the country’s energy and it will take quite a while for renewables to catch up. India also ranks third in oil consumption, trailing behind the US and China. Oil guzzling trains definitely don’t help.

However, India has started experimenting with rooftop solar trains. While these trains will still be powered by diesel, a set of 16 solar panels will take over the lights, fans, and screens inside the train. If that doesn’t sound like much, Indian Railways estimates that a train with six solar-panelled coaches would save 21,000 liters of diesel every year. India runs 12,617 trains to carry over 23 million passengers daily, consuming approximately 2.6 billion liters of diesel a year. So if half of these trains would be fitted with panels, it could save up to 0.12 billion liters of diesel, or almost 5% of the total consumption. It’s not the biggest of step, but it’s definitely one in the right direction.

It makes economic sense too. Fitting will cost Rs9 lakh (13,990 USD) per coach and the fuel savings are Rs2 lakh (3,111 USD) per year per coach — so the payback time is 4.5 years, which is quite decent. That’s some rough maths, but by now, it seems quite clear that the payback time of these train solar panels will be comparable with regular, house-mounted panels. Of course, it will take quite a long time before a significant part of the Indian trains are fitted with panels. 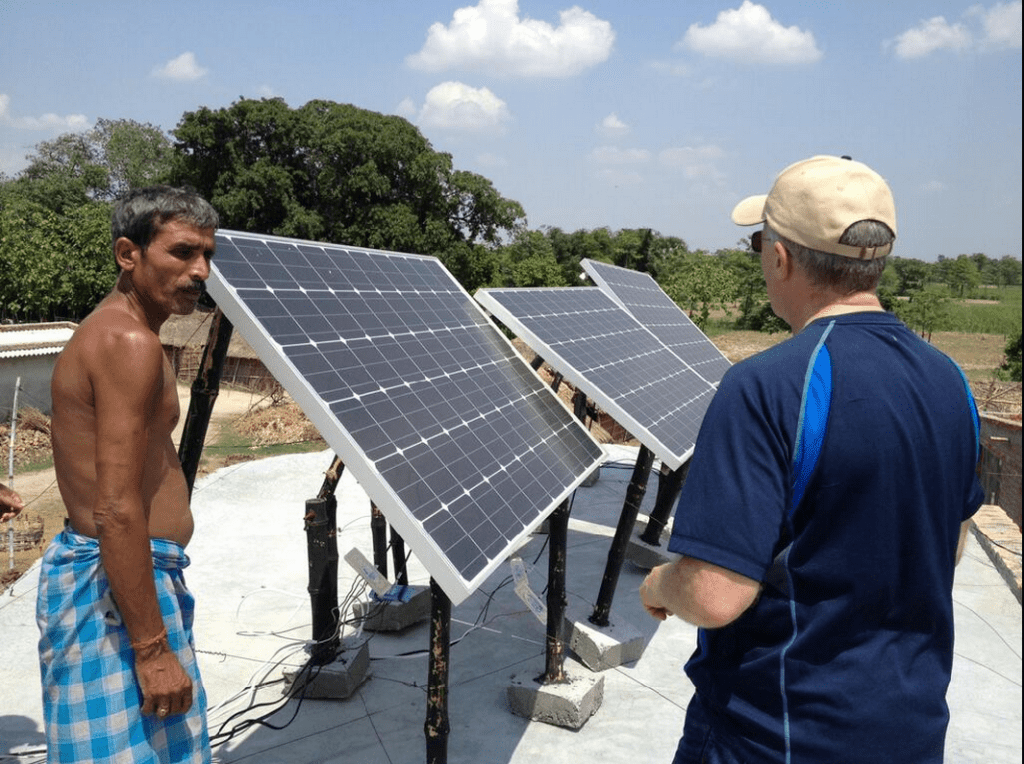 Solar prices in India have plummeted, encouraging the development of such ample projects.

According to QZ, the rooftop solar system was developed by Noida-based Jakson Engineers, under the direction of the Indian Railways Organisation for Alternate Fuels (IROAF). Engineers found the task quite tricky.

“It is not an easy task to fit solar panels on the roof of train coaches that run at a speed of 80 km per hour. Our engineering skills were put to a real test during the execution of this rooftop solar project for Indian Railways,” Sundeep Gupta, vice-chairman and managing director of Jakson Engineers told the Business Standard newspaper.

Indian Railways have announced plans to reduce emissions on par with those of the country. They’ve set a goal of reduction in emissions intensity of 33% by 2030 from 2005 levels. That includes a 1 GW solar target announced in 2015. So far, they’ve achieved an installed capacity of about 37 MW of wind and 16 MW of solar across railway operations until March 2017. The Railways has also tendered close to 255 MW of rooftop solar projects, of which 80 MW has already been awarded. An additional 50 MW of land-based solar projects have already been awarded. All in all, things are slowly coming together. It is also expected that the 1 GW target would serve as a signal for financiers and solar developers to come and invest in the country. So far, it’s working pretty well: solar prices are already plummeting.

Elsewhere in the world, in the Netherlands, trains are already powered by renewable energy. Taking advantage of their own geography, the Dutch have focused more on wind rather than solar energy. As of January 2017, all their electric trains run 100% on wind energy.