In your pocket lies a device with more computing power than all of NASA’s processors combined that were used during the Apollo era to put man on the moon. That’s just so you can get an idea of how far we’ve come tech-wise. But while consumer tech is definitely advanced, the same can’t be said about some government sectors. Some might be surprised to learn that the country’s entire nuclear arsenal is still programmed on floppy disks, and army personnel is still reliant on the antiqued IBM Series/1 computer to implement the launch codes. 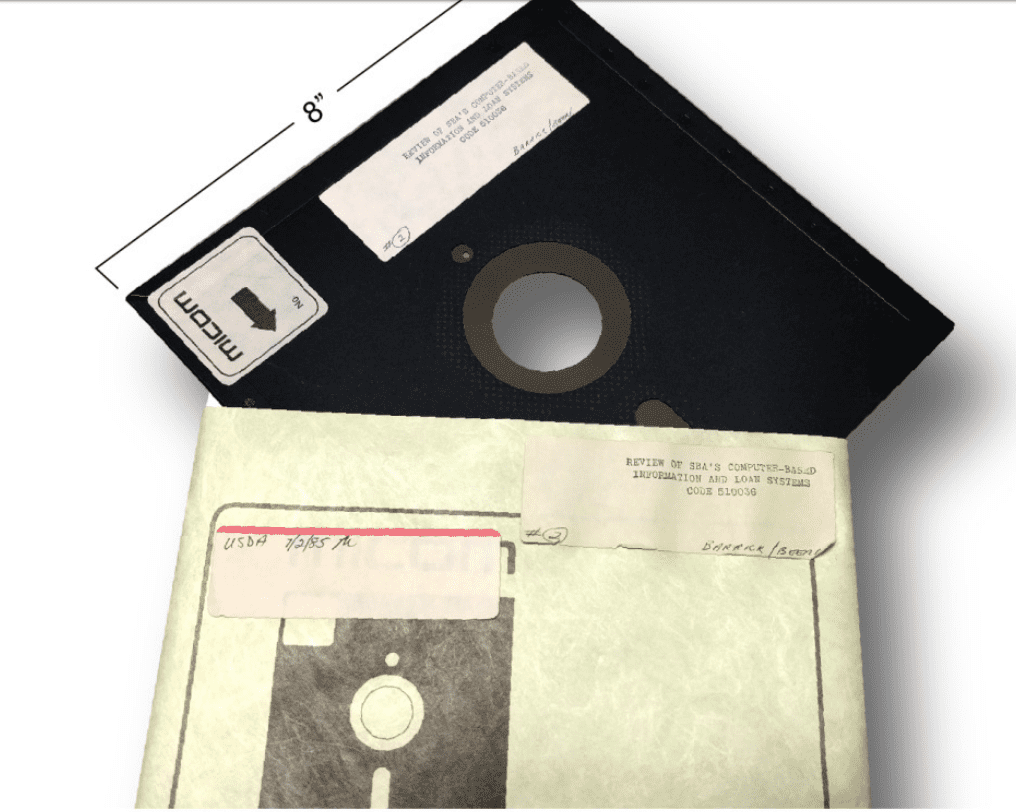 The fact that the U.S. government is using archaic tech for one of the country’s most important strategic weapon was suspected for a while by pundits, but only recently confirmed by the Government Accountability Office in a new report which laments the deprecated nuclear arsenal tech and calls for the urgent need to “address aging legacy systems”.

“Federal legacy IT investments are becoming increasingly obsolete: many use outdated software languages and hardware parts that are unsupported. Agencies reported using several systems that have components that are, in some cases, at least 50 years old. For example, the Department of Defense uses 8-inch floppy disks in a legacy system that coordinates the operational functions of the nation’s nuclear forces. In addition, the Department of the Treasury uses assembly language code—a computer language initially used in the 1950s and typically tied to the hardware for which it was developed,” the report reads.

Using floppy disks might actually be a good thing, in this case. “This system remains in use because, in short, it still works,” a Pentagon spokesman told AFP. Besides practicality, a closed system made of ancient tech means a hacker won’t be able to gain access easily. Still, we’re in the 21st century. Can’t we do any better than floppy disks?

Elsewhere, governmental agencies which are less pressed for security like the Department of Defence are crying for a much-needed upgrade. The report mentions 12 agencies are currently using unsupported operating systems and components.  Commerce, Defense, Treasury, HHS, and VA reported using 1980s and 1990s Microsoft operating systems that stopped being supported by the vendor more than a decade ago.

Old tech is suffocating the American government. It’s also draining the treasury. According to GAO, the federal government spent 75 percent of its IT budget on maintenance for the fiscal year of 2015. “Specifically, 5,233 of the government’s approximately 7,000 IT investments are spending all of their funds on O&M activities,” the authors of the report said.

The nuclear floppy disks will be replaced by the end of the fiscal year of 2017, GAO says, and other agencies will see their IT legacy systems replaced with modern ones up to 2020. But not all. The Department of Health and Human Services, some agencies part of the Department of Homeland Security or the Department of Treasury will not see upgrades because the budget is too tight.

One thought on “The U.S. Military is still using floppy disks to coordinate its nuclear arsenal”