It’s only a matter of time before a manned launch of SpaceX’s Crew Dragon spaceship. The capsule made its initial test flight out of Kennedy Space Center atop a Falcon 9 rocket a success as it launched to the International Space Station (ISS) with 400 pounds of supplies. This was the first launch of a commercially-developed capsule intended to carry astronauts into space. 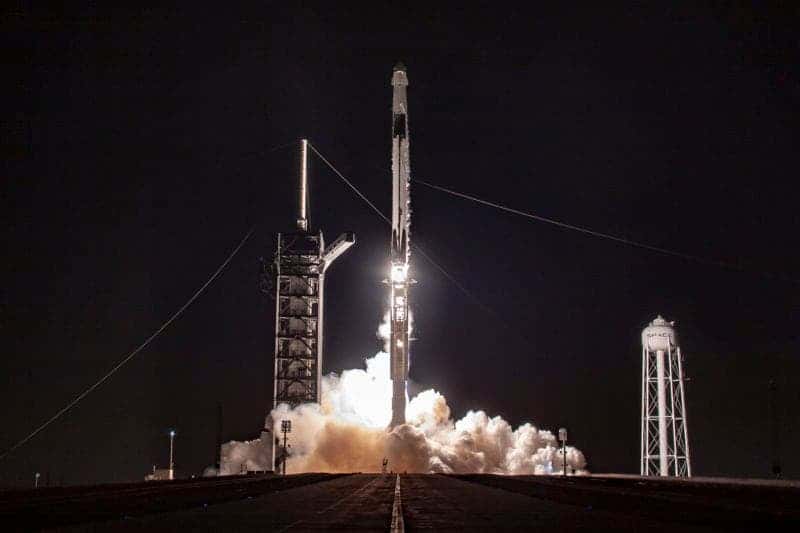 After a careful launch on March 2, the shuttle has now successfully docked itself to the International Space Station, latching onto the station.

Also inside the capsule was the Crew Dragon’s sole passenger, a dummy named Ripley, who will measure forces and acceleration which would be experienced by human passengers, as well as their environment, during the trip.

“We instrumented the crap out of this vehicle; it’s got data, sensors everywhere,” said Kathy Lueders, manager for NASA’s Commercial Crew Program, during a news conference. “Actually having a re-entry, with Ripley in the seat, in the position, is critical.”

“The goal is to get an idea of how humans would feel in (Ripply’s) place, basically,” SpaceX vice president of Build and Flight Reliability Hans Koenigsmann said of the dummy. “I don’t expect, actually, a lot of surprises there, but it’s better to verify, make sure that it’s safe and everything’s comfortable for our astronauts going on the next flight of the capsule.”

SpaceX controlled the launch of the Falcon 9 from Kennedy’s Launch Control Center Firing Room 4, the former space shuttle control room, which SpaceX has leased as its primary launch control center. As Crew Dragon ascended into space, SpaceX commanded the Crew Dragon spacecraft from its mission control center in Hawthorne, CA. NASA teams will monitor space station operations throughout the flight from Mission Control Center at the agency’s Johnson Space Center in Houston.

But the hardest part is only now beginning for SpaceX. After the successful docking, the shuttle will detach and begin its hypersonic journey back to Earth. NASA and SpaceX will be keeping a close eye on this descent, monitoring its ability to safely re-enter the Earth’s atmosphere.

After the shuttle will parachute itself into the ocean, SpaceX’s recovery ship, Go Searcher, will retrieve the capsule and transport it back to port.

The next trip for the Crew Dragon will tentatively carry astronauts Douglas Hurley and Robert Behnken, who are scheduled to be the first American astronauts launched from United States soil since the shuttle program concluded eight years ago.

“I can’t begin to explain to you how exciting it is for a test pilot to be on a first flight of a vehicle,” Hurley, a shuttle veteran and former Marine Corps F/A-18 test pilot, told reporters before launch. “We’ll be ready when SpaceX and NASA are ready for us to fly it.”

For operational missions, Crew Dragon will be able to launch as many as four crew members and carry more than 220 pounds of cargo.

This is a guest contribution by Jordan Strickler. Find out how you can contribute to ZME Science.