Already at six months old, babies can differentiate between different emotions. Researchers from the University of Geneva wanted to uncover whether they recognize just the physical differences between the emotions — such as between an angry voice and a happy voice — or if they are able to connect different cues to recognize emotions. In work published in the journal PLOS ONE, the researchers show that babies are sophisticated enough to connect a happy voice to a happy face.

Babies are constantly learning about how the world works, and about the social and communication cues between people. Emotions are an important way for babies, and everyone else, to express themselves. Babies sure are clear when expressing their emotions such as happiness and distress. It seems that they are pretty good at recognizing others’ emotions as well. 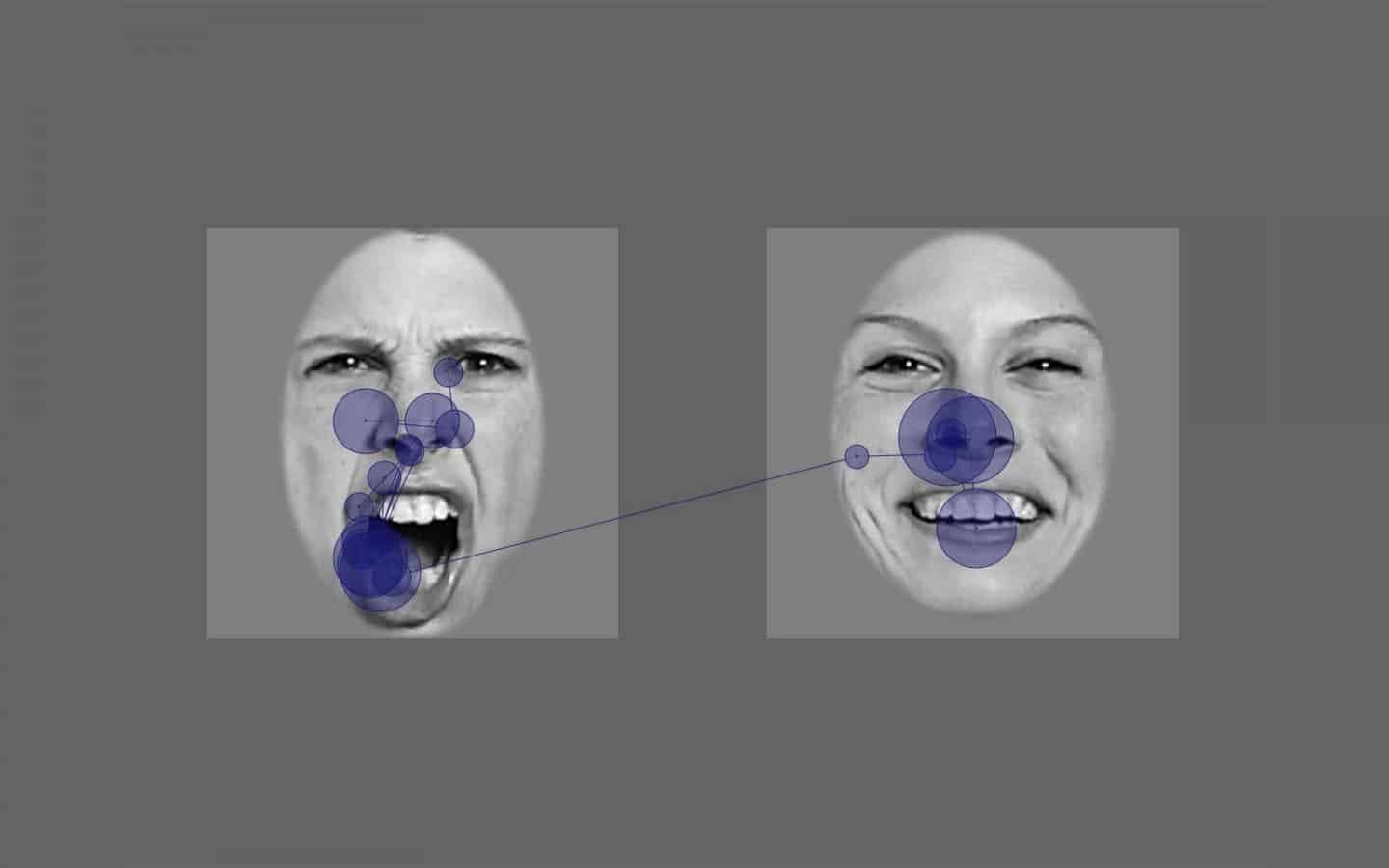 Where the babies fixed their eyes the most on the images. Image credits: Unige.

Newborns and babies are known to prefer happy voices and smiling faces. Around 6 months of age, they seem to be able to distinguish between different emotions and facial expressions. To test whether babies can actually distinguish between emotions, rather than just differences in tones or expressions, the researchers exposed 24 six-month-old babies to different happy and angry voices and faces.

First, the babies faced a black screen and listened to a neutral, happy, or angry voice for 20 seconds. Next, the screen showed a happy face and an angry face side-by-side for 10 seconds. The babies’ eye movements were tracked with precise technology. The researcher then analysed how much time they spent looking at the faces or different areas of the face. If they looked at one face for much longer than another, then it would seem that the babies could sense a difference between the faces.

If the babies had previously heard a neutral or angry voice, they did not prefer either of the two faces. However, if they had heard a happy voice, they spent longer looking at the angry face, particularly the mouth. They then appear to have a visual preference for what is new — in this case, a different tone of voice.

Therefore, we have initial proof that babies can connect both visual and auditory information to recognize emotions at six months old.

The journal article can be accessed here.