As of 2008, just about one in 100 people in the US is currently living in jail. This amounts to millions and millions of people currently incarcerated or roughly half of the total number of jailed people in the world. As to what are the social and legal causes that have lead to such an incredible proportion of incarcerated individuals, is maybe for another time to ask and answer. What I’d like to discuss today is how effective is the correctional system, in the US at least. 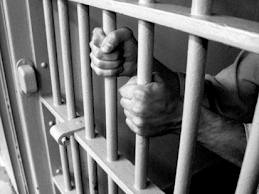 It’s typically believed that jail time hardens criminals, making them even more deterred in joining society. Gangs, drugs, even the crushing psychological consequences that come with incarceration certainly all have their part to play. Donald T. Hutcherson II, a sociology professor at Ohio University in Lancaster, however decided to tackle the question – whether the correctional system reforms or, on the contrary, hardens criminals – by turning to a source that doesn’t lye – numbers.

Thus, the professor mined  data from the vast repository in the U.S. government’s National Longitudinal Survey of Youth. If you haven’t heard about it before, this is a veritable behemoth set of surveys in which broad segments of the population were interviewed, the first segment being from 1968. During these interviews, which are repeated each year (very important), detailed and confidential information is gathered about each individual, including illegally derived income.

Since the survey also notes whether an individual spent time in prison or not, this proved to be an ideal data mine for Hutcherson. After going through tens of thousands of queries and applying countless filters, he eventually managed to establish whether illegal earnings went up or down after individuals served time.

Hutcherson envisions the process, for young people sentenced to jail at least, akin to a criminal mentorship.

“You come in [to prison]. You’re 16, 17, 18 years old. You’re looking around and you’re thinking, ‘Listen, I can learn from these seasoned veterans.’ And that’s exactly what you do. … Basically, you are spending a lot of time around other criminals, seasoned veterans who know the lay of the land, and they can teach you the mechanisms — ways to get away with crime.”

[RELATED] Crime and punishment through the ages

Hutcherson is quick to note that these statistics refer to general youth that is currently or has gone through incarceration, and by no means do the findings stick for absolutely every individual. Certainly there must criminals who have left prison reformed, still in broader numbers the conclusions are rather gloom.

“You would think that being punished, serving time in prison, for young people would be a deterrent,” Hutcherson says. “But look at it this way. When you leave prison, who are you going to hang out with? You’re not going to all of a sudden join the chess club.”

Findings were published in The Prison Journal.