A recent U.S. study shows how the upward trend in economic damage from hurricanes correlates very closely to the influence global warming has on the number and intensity of hurricanes. Published in Nature Geoscience, it concludes that the commonly cited reasons for growing hurricane damage — increases in vulnerability, value, and exposure of property — don’t stand up very well to scrutiny. 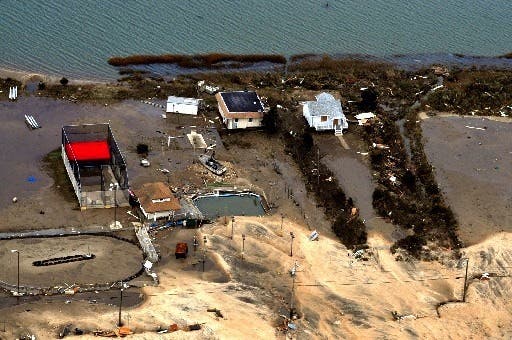 Over the past decades we’ve seen a rise in economic losses and loss of life from natural disasters, in particular hurricanes. However, there has always been a tendency to pin the blame on socioeconomic factors, such as increases in wealth and population in coastal regions or an unusually high number of extreme weather events.

Wanting to get to the bottom of it all, Francisco Estrada and co-authors used a statistical system that minimized the risk of introducing artificial trends to analyze the economic losses caused by hurricanes in the U.S from 1990 to 2005. And part of the rising trend can’t be explained by other factors than the increase in number and intensity of property-damaging hurricanes hitting the country — an increase fueled by warmer climate

The authors estimate that $2-14  billion (2-12 percent of total) of U.S. hurricane losses incurred in 2005 may be attributable to climate change.