Animal behavior specialists at the University of Lincoln found that adult domestic cats do not view owners as the main provider of security and safety, the way dogs do, for example. The paper was published in the science journal PLOS ONE this week and comes to shed light on the mechanics of a feline-human relationship. 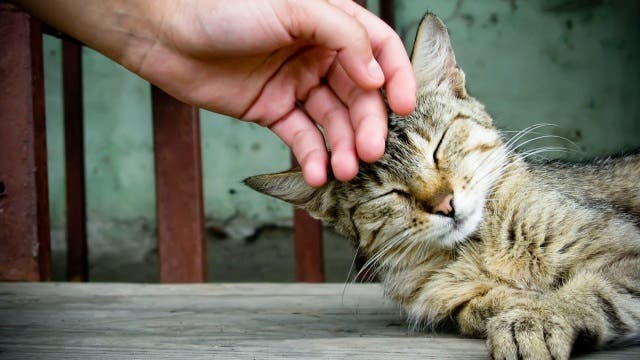 Researchers employed the Ainsworth Strange Situation Test, or SST, a method of measuring “secure attachment” — such as the bond between children and their parents when in unfamiliar environments — that has been used for years. However, the sample size was quite small in this study, with just 20 adult cats along with their owners taking part.

The furry testees were placed in strange environments, researchers choosing plain rooms. They were observed by themselves, with their owners and with strangers, and scored on their passive behavior, distress when their owner was absent and how they acted on contact.

The cats were more vocal when their owners left than when the strangers did, but “we didn’t see any additional evidence to suggest that the bond between a cat and its owner is one of secure attachment,” co-author and veterinary behavioral medicine professor Daniel Mills said in a statement.

“This vocalization might simply be a sign of frustration or learned response, since no other signs of attachment were reliably seen,” Mills said. “In strange situations, attached individuals seek to stay close to their carer, show signs of distress when they are separated and demonstrate pleasure when their attachment figure returns, but these trends weren’t apparent during our research.”

Mills also added that cats tend to be much more independent, autonomous creatures in strange situations than dogs, for whom owners “represent a specific safe haven.”

The study doesn’t conclude however that cats do not form close relationships with their owners, it’s just that they don’t seem to be based on a need for security and safety. Cats whose owners said were highly attached to them didn’t have different results from the rest of the sample, Mills said.

The authors cite several possible reasons for cat independence. They haven’t been domesticated for as long as dogs and weren’t bred with the express purpose of living in close proximity to people. Cats’ natural social structure isn’t characterized by the same close bonds as dogs have. Cats and their owners generally don’t interact as much or for as long as dogs do with their owners.

“These factors are likely to affect the nature of the relationship that typically forms between cat and owner, and make the formation of cat-human attachment unlikely,” the authors write. “Nonetheless, some may be capable of forming very strong attachments, but this would not seem to be the norm.”