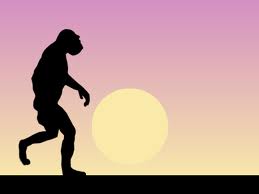 Walking a four legs definitely has its perks. You can run faster, you have more stability because of the lower center of gravity, there’s lower wind resistance and so on. How did our early hominid ancestors ever come to discard their quadruped locomotion for an upright stance, though? Many theories have been formulated in this direction, and researchers at University of York have recently made their own contribution – they believe shifting geology in East and South Africa may have offered our ancestors just the right reasons to turn biped.

A prevailing hypothesis regarding bipedal evolution says that some 2.5 million years ago climate change forced  our australopithecine ancestors to descend from trees and venture into the open savanna, where walking on two legs was thought to be better than on four. However, there is some evidence that bipedal primates evolved before the biggest temperature swings kicked in and that some australopithecines ancestors lived in forests, adapted to both tree-climbing and upright walking, plugging holes into the climate change theory.

Researchers at University of York suggest that bipedalism may have developed as a response to the terrain, rather than a response to climatically-driven vegetation changes. Around the time when the first bipedal strides were made by our ancestors, volcanoes and shifting tectonic plates were shaping   East and South Africa into a rugged landscape. The resulting rocky outcroppings and steep gorges offered shelter and opportunities to trap prey, but also required the hominids to perform more upright scrambling and climbing gaits.

“The broken, disrupted terrain offered benefits for hominins in terms of security and food, but it also proved a motivation to improve their locomotor skills by climbing, balancing, scrambling and moving swiftly over broken ground – types of movement encouraging a more upright gait,” said Dr Isabelle Winder, from the Department of Archaeology at York and one of the paper’s authors.

The varied terrain didn’t only prompt upright locomotion, but also helped develop cognitive abilities, such as navigation and communication abilities, accounting for the continued evolution of our brains and social functions such as co-operation and team work, the researchers claim.  With their upright limbs free, the hominids could now evolve more dexterous hands and arms for more refined tool use, supporting a further key stage in the evolutionary story.

“Our hypothesis offers a new, viable alternative to traditional vegetation or climate change hypotheses. It explains all the key processes in hominin evolution and offers a more convincing scenario than traditional hypotheses,” Dr. Winder said.

Findings were reported in the journal Antiquity.