In 2011 the Queller-Strassmann lab, then at Rice University, made a surprising announcement in Nature Letters.

They had been collecting single-celled amoebae of the species Dictyostelium discoideum from the soil in Virginia and Minnesota. While laboratory grown strain of Dicty happily fed on the bacteria provided for it by its keepers, roughly one third of the wild strains showed a green (or maybe bacterial) thumb. When food was short, they gathered up bacteria, carried them to new sites and seeded the soil with them. 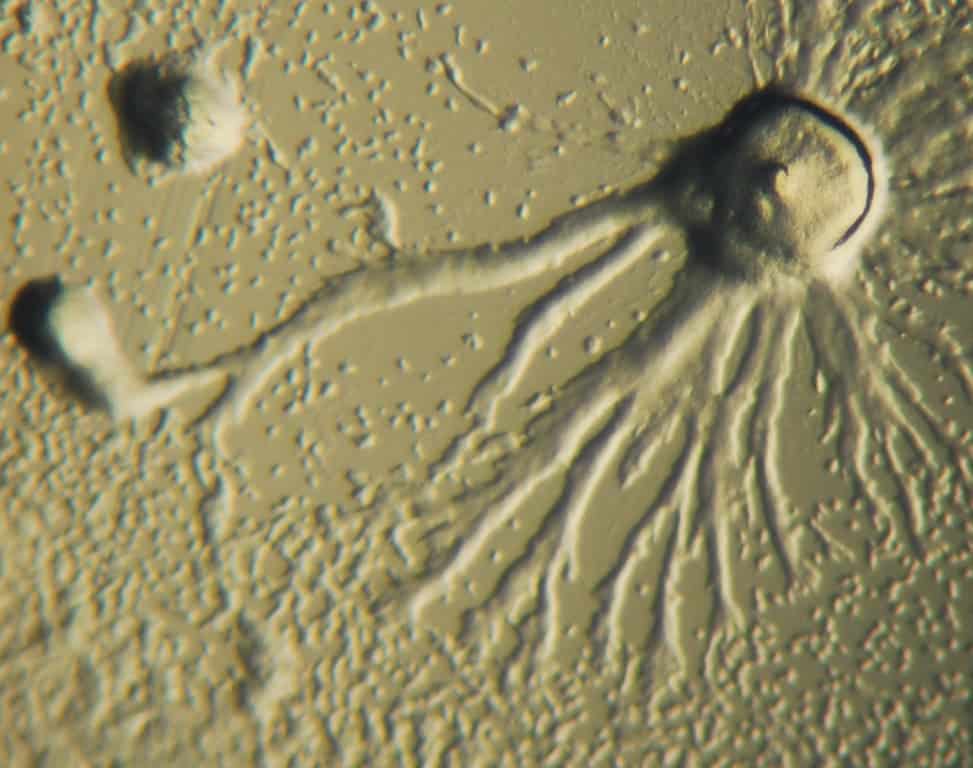 Pretty smart for something you (usually) can’t even see with a naked eye, right? News of the discovery of the “world’s smallest farmer” went viral. At the time most people assumed that the amoebae were somehow in charge in this relationship. They were, after all, bigger, their spores sometimes contained bacteria, and they ate the bacteria. The theory was that the farming amoebae had different genes than their “hunter-gatherer” brethren.

Who’s teaching them to sow?

In the August 24 issue of Proceedings of the National Academy of Sciences, they published their work revealing that things are a bit more complicated than they first seemed. They were joined by postdoctoral research associate Susanne DiSalvo, PhD in their research.

Their paper suggests that bacteria, not amoebae, may be in charge; not the bacteria the amoebae are farming, but a third member of this symbiotic relationship. Surveying the bacteria found in association with their stable farmer clones, they found both both edible and inedible bacterial species, but the assemblage always included bacteria of the Burkholderia genus. This was intriguing because this is not a genus of bacteria they find edible; amoeba raised on a lawn of Burkholderia die.

They learned that when a nonfarmer amoebae was infected with Burkholderia, it brought out its plow and started exhibiting behaviors consistent with primitive farming practices; they began to pick up and carry bacterial passengers, such as the tasty Klebsiella pneumoniae bacteria, and “planting” them in more productive areas of the cultures. 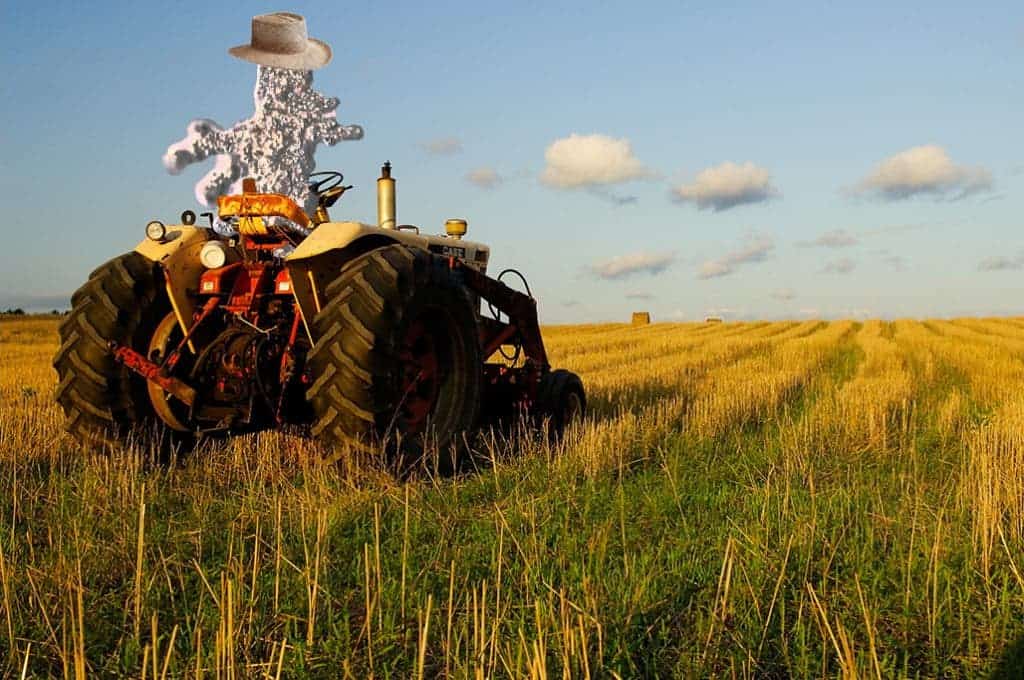 When treated with antibiotics that killed the Burkholderia bacteria, they reverted to the non-farming type and no longer picked up or carried food bacteria.

“Now we know that Burkholderia are the drivers,” said DiSalvo, “likely to benefit by exploiting new terrain and sometimes harming their vehicle in the process.”