Believe it or not. We could keep our homes warm during the cold nights without using electric heaters or burning wood or fossil fuels.

Thanks to the genius of a team of young mechanical engineers of Andhra Pradesh which has invented a technique that converts solar energy into heat energy.

They had found that the ordinary paraffin wax combined with a fat used in making soaps, known as stearic acid, could store solar heat energy collected from the Sun during the day. 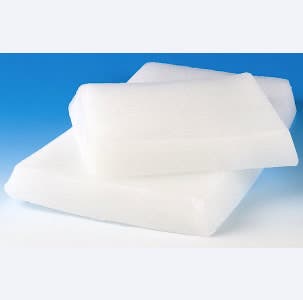 The energy thus stored could be released slowly over night to warm up our homes without any costs involved.

The research finding is being reported in a forthcoming issue of the International Journal of Renewable Energy Technology (Source: Inderscience Publishers)

The research team was led by mechanical engineer Meenakshi Reddy of Sri Venkateswara College of Engineering and Technology, in Chittoor, Andhra Pradesh.

They had explained how certain materials, known as phase change materials (PCM) can store a large amount of heat in the form of latent heat in a small volume.

PCMs have a high heat of fusion and melt/freeze at a certain temperature. Heat is absorbed when the material melts and released when it freezes.

Heated in the sun, the mixture of paraffin wax (which melts at about 37 Celsius) and stearic acid becomes entirely liquid. However, as it solidifies, it slowly releases the stored heat, they said.

The process is akin to the phase changing heating that occurs in hand-warmers that contain a PCM but in this case the material does not need to be boiled in a pan or heated in a microwave oven to absorb latent heat.

The team has tested spherical capsules just 38 millimeters in diameter containing a blend of paraffin and stearic acid, which can be floated on the top of water in a tank.

Stearic acid is a lot cheaper on the Indian market than paraffin and more readily available. The team found that costs could be held down without reducing the overall heating efficiency of the capsules by lowering the proportion of paraffin wax.