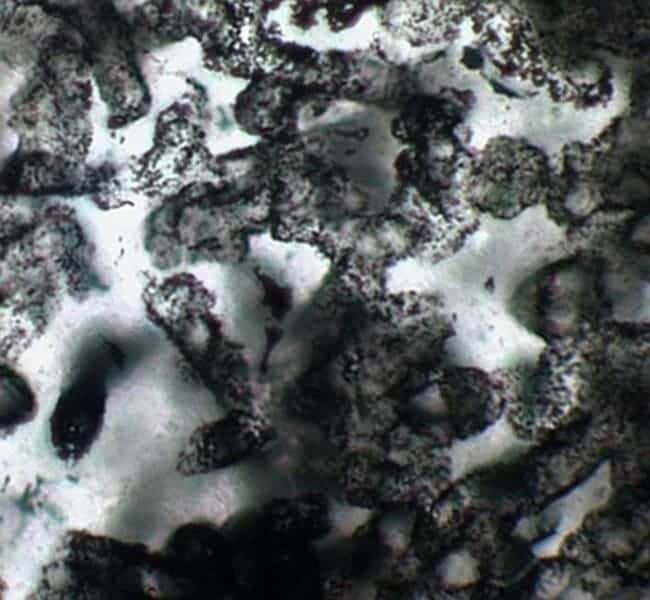 The oldest, up to now, fossil has been found recently by a team of Australian and UK geologists, who claim that they’ve managed to discover micro-organism remnants as old as 3.5 billion years.

These tiny living cells were actually sulfur feeding bacteria, which didn’t need any kind of oxygen to survive. The fossils were found in sandstone at the base of the Strelley Pool rock formation in Western Australia, part of a find that is well documented in the latest issue of the journal Nature Geoscience by a team led by David Wacey of the University of Western Australia and Martin D. Brasier of the University of Oxford.

“At last we have good solid evidence for life over 3.4 billion years ago. It confirms there were bacteria at this time, living without oxygen,” says Professor Martin Brasier of the Department of Earth Sciences at Oxford.

Three and a half billion years ago the Earth wasn’t too much of a pretty sight. Rivers of lava, splashing volcanoes and a suffocating atmosphere would’ve probably inspired man upon witnessing the sight to assert he is indeed in hell. Among this whole Armageddon scenario, life still managed to creep its way through. In life’s early history, sulfur was the substance of choice for or energy and growth, rather than oxygen.

The bacteria structures were found in a remote part of Western Australia called Strelley Pool – the remains of the oldest beach or shoreline known on Earth, where some of the oldest sedimentary rocks on Earth lie. The whole procedure was excruciatingly elusive, but beating the odds the team found fossilized cell microstructures which suggest that some of Earth’s earliest life were spheres and ellipses.

“We can be very sure about the age, as the rocks were formed between two volcanic successions that narrow the possible age down to a few tens of millions of years,” says Brasier. “That’s very accurate indeed when the rocks are 3.4 billion years old.”

Even older fossils have been found, some dating back 3.8 billion years, however these just turned out, eventually, to be mineral composites. Dr. Brasier’s research claims that they’re recorded fossil is certainly biological in nature

Although this remarkable discovery beats the previous record holder by 200 million years for the oldest fossil title, the scientists working on the project are still prudent upon making their claims actually scientifically official. A more detailed analysis will be made and released with a paper to minimize the amount of heat the geological community is often known to induce when spurred into controversy. The team believes similar microbes may have existed on Mars, whose early atmosphere had water and sulfur like the Earth’s did.

“Could these sorts of things exist on Mars? It’s just about conceivable,” says Brasier. “But it would need these approaches – mapping the chemistry of any microfossils in fine detail and convincing three-dimensional images – to support any evidence for life on Mars.”