Years of marriage puts bickering to rest and fosters humor and acceptance instead, new research reveals. 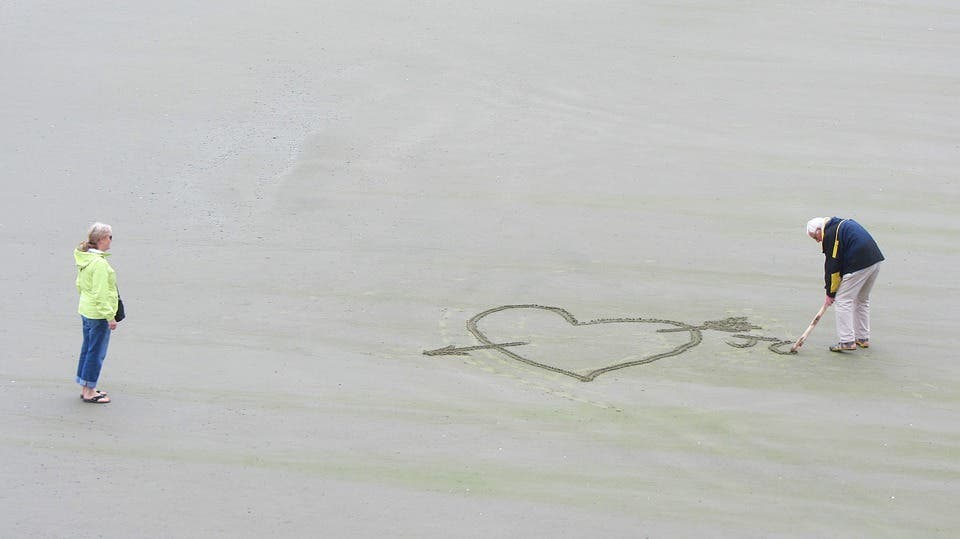 You may think all those old couples hang on through the sheer spite they’ve cultivated across decades of marriage, but you’d be very wrong. A study from the University of California, Berkeley, shows that couples in long marriages bicker less, laugh more, and embrace acceptance.

The team worked with 87 middle-aged (and older) couples, who had been married between 15 to 35 years at the date of the study. The participants — mostly in their 70s, 80s, and 90s today — are heterosexual couples from the San Francisco Bay Area. The team started tracking their relationships in 1989 and used videotape recordings of their conversations (taken over the course of 13 years) to analyze the emotional undertone of their conversation. The 15-minute-long snippets of interactions were recorded in a laboratory setting as the spouses discussed shared experiences and areas of conflict. As each couple recorded these on a nearly-early basis so the team could track emotional changes in their interactions over time.

Each spouse’s listening and speaking behavior was coded and rated — this process was based on parameters such as their facial expressions, body language, verbal content and tone of voice. “Coded” essentially means that the team labeled each emotion as an expression of anger, contempt, disgust, domineering behavior, defensiveness, fear, tension, sadness, whining, interest, affection, humor, enthusiasm, or validation.

As the couples aged, the team reports, they showed more humor and tenderness towards one another. The team also reports an increase in positive behaviors — such as humor and affection — and a decrease in negative ones — such as defensiveness and criticism.

“Our findings shed light on one of the great paradoxes of late life,” said study senior author Robert Levenson, a UC Berkeley psychology professor. “Despite experiencing the loss of friends and family, older people in stable marriages are relatively happy and experience low rates of depression and anxiety. Marriage has been good for their mental health.”

The team also found that wives are generally more emotionally expressive than their husbands and tended toward more domineering behavior and less affection. However, across all the study’s age and gender cohorts, negative behaviors decreased with age. The study is consistent with previous findings at Levenson’s Berkeley Psychophysiology lab, the team adds.

“Given the links between positive emotion and health, these findings underscore the importance of intimate relationships as people age, and the potential health benefits associated with marriage,” said co-lead author Alice Verstaen, who conducted the study as a Ph.D. student at UC Berkeley and is currently a postdoctoral fellow at the VA Puget Sound Health Care System.

Researchers further found that both middle-aged and older couples, regardless of their satisfaction with their relationship, experienced increases in overall positive emotional behaviors with age, while experiencing a decrease in overall negative emotional behaviors. I find these results quite uplifting. Instead of the slow erosion of emotion most people expect to see in a long-term marriage, the findings point to things getting better and better instead. in Verstaen’s words,

“These results provide behavioral evidence that is consistent with research suggesting that, as we age, we become more focused on the positives in our lives.”

The paper “Age-related changes in emotional behavior: Evidence from a 13-year longitudinal study of long-term married couples,” has been published in the journal Emotion.