A new discovery at the UNESCO World Heritage Site of Messel Pit in Germany is making waves through the paleontological community. An international team of researchers has unearthed a 48-million-year bird preening gland, complete with the fatty substances it secreted. To date, these are the oldest lipids ever recovered from a vertebrate. 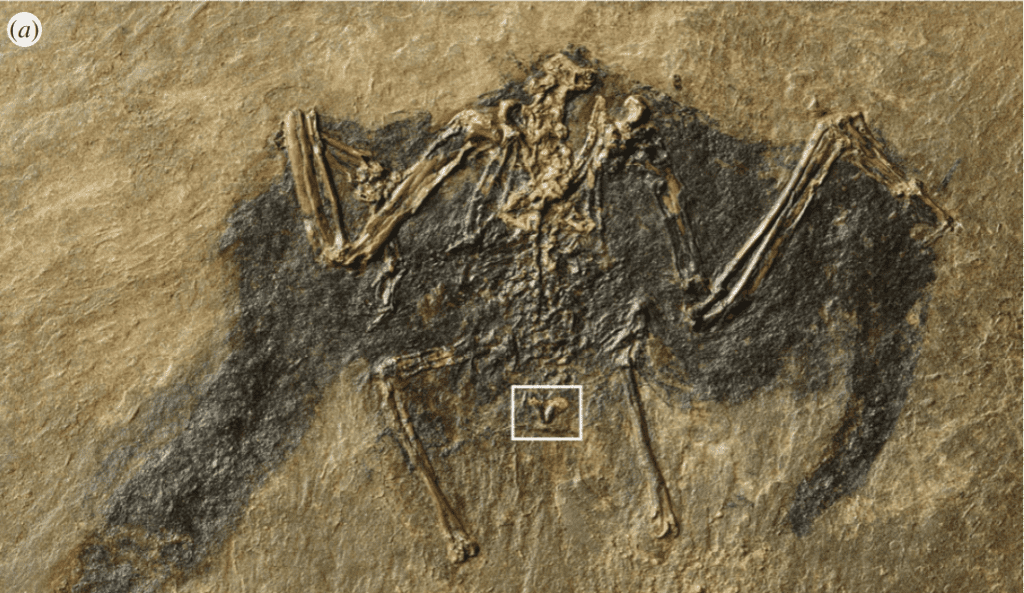 Birds devote a lot of time to preening rituals, to ensure their plumage is just right. It’s a good investment, as their feathers keep them warm, allow them to fly, and make up most of an individual’s outside appearance. Birds’ uropygial glands, located at the lower end of their backs, are a cornerstone of preening. They secrete an oily mix that the birds use to grease their feathers, keeping them smooth and water-proof.

What the uropygial gland doesn’t do very well, however, is popping up in fossils. Soft tissues (like muscle, glands, and other organs) rarely fossilize since they decompose quickly — from a few days or weeks topside to a few years or decades following burial. Our only examples of what fur or feathers looked like millions of years ago come from a handful of fossils, and even then we’re talking about bits and pieces of material.

This is why this fossilized gland, discovered by an international team of researchers led by Dr. Gerald Mayr, head of the Ornithology Section at the Senckenberg Research Institute, is something of a scientific sensation. At 48 million years old, it’s not only exceedingly rare — it’s also the oldest known occurrence of uropygial glands or preen oils to date.

“The discovery is one of the most astonishing examples of soft part preservation in animals. It is extremely rare for something like this to be preserved for such a long time,” says Dr Mayr.

Chemical analysis showed that the lipids recovered from the fossilized gland have “kept their original chemical composition, at least in part,” according to Mayr. The long hydrocarbon compounds contained in the preening fats are clearly distinguishable from the oil shales around the fossil, he explains, which helped the team prove that the fossil was indeed a preserved uropygial gland. This hypothesis was suggested by its position relative to the fossil bird skeleton but required further evidence. The oils are also a testament to how incredibly well preserved this fossil is.

This is very surprising — especially since we didn’t really know how the fats survived for so long. It could be that the oxygen-starved environment caused them to harden into waxes, which are harder to decompose. It’s also possible that one property of preening oils in birds today — namely, their content of antibacterial compounds — could have played a role in preventing decomposition.

“The 40-million-year-old lipids demonstrate the potential extent of preservation possible under favorable conditions — not just bones and hairs and feathers, as previously assumed,” Mayr concludes.

“If we find more of these lipids, we will be able to better reconstruct the lifestyle of these animals. For example, it would be interesting to find out whether feathered dinosaurs, as the ancestors of birds, already possessed uropygial glands and preened their plumages,” adds co-author Jakob Vinther of the University of Bristol.

The paper “Preservation of uropygial gland lipids in a 48-million-year-old bird” has been published in the journal Proceedings of the Royal Society B.