A forest’s trees capture carbon not only for themselves, but also engage in an active “trade” of sorts with their neighbors, a new study found. University of Basel botanists found that this process, conducted by symbiotic fungi in the forest’s soil, takes place even among trees of different species. 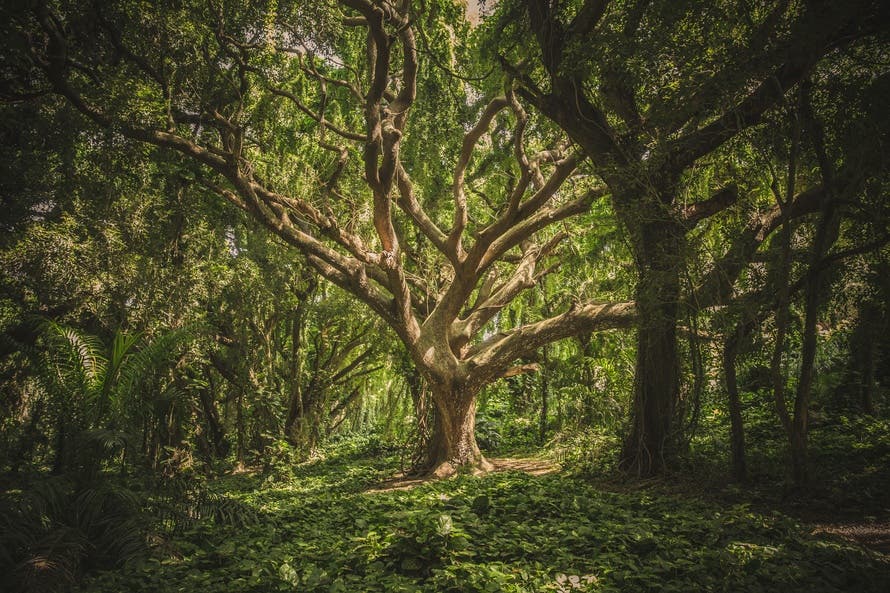 Plants rely on photosynthesis for energy and growth. Through this process, carbon is extracted from atmospheric CO2 and used to synthesize carbohydrates (sugars). These are then further processed into stuff that a growing plant needs, like cellulose, lignin (a polymer that gives wood its resilience,) protein and lipids. Some of the sugars get sent down to the roots and shared with the tree’s underground symbiotic fungi (known as mycorrhizal fungi) in exchange for nutrients that they extract from the soil.

It’s a very effective process, providing the plant with everything it needs without it having to move a single branch. But it all falls apart without enough carbon dioxide or light, and in a thick forest these can be hard to come by. So then, why don’t young trees just wither, choked under the canopy of much bigger, older trees? Well, the answer might lie in a type of tree socialism — and mycorrhizal fungi make it all happen.

Dr. Tamir Klein and Prof. Christian Körner of the University of Basel, working with Dr. Rolf Siegwolf of the Paul Scherrer Institute (PSI) have found that forest trees use the fungal network to trade sugars among themselves. The researchers used a construction crane and a system of fine tubes to saturate the crowns of 120 year old, 40 meter tall spruce trees in a forest near Basel with labeled CO2. The gas was processed to contain less of the heavier 13C isotope than normal air. 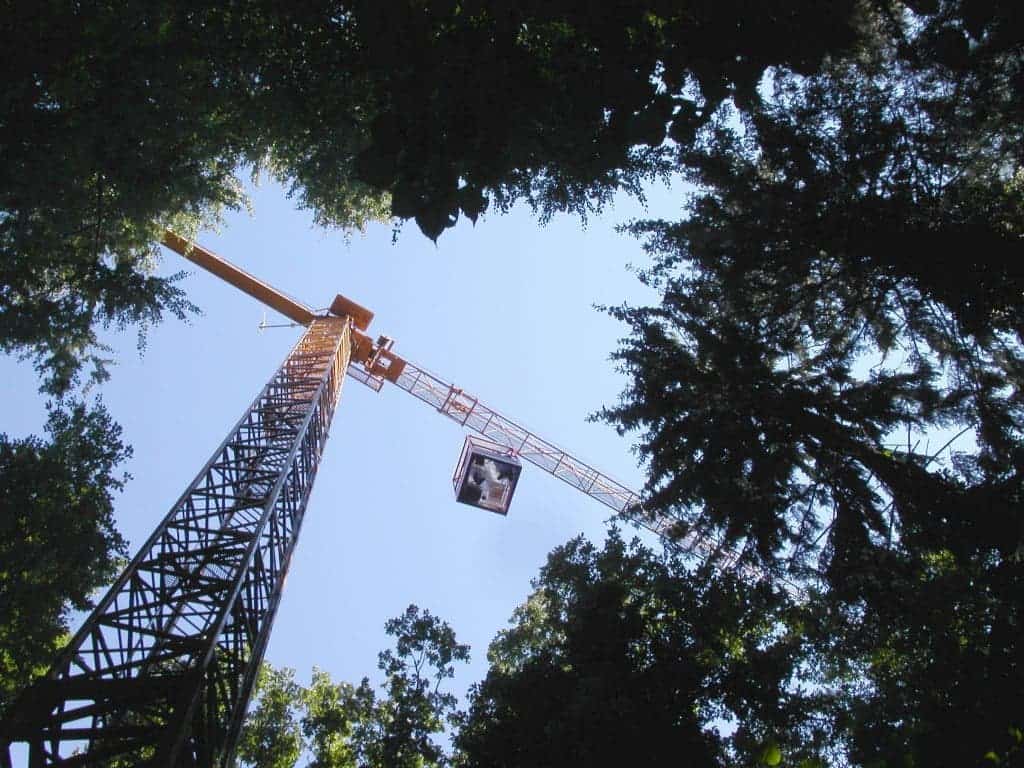 For the trees, this CO2 was just as good as the rest and they gulped it all up. But it allowed the team to track the carbon atoms through the tree using mass spectrometers. They traced the atoms on their way from crown to the roots of the spruce trees and as they entered the fungi. But then something unexpected happened: neighboring trees (even those of other species) also showed the same markers even though they had not received the labelled carbon dioxide.

If the gas would have been absorbed directly by these trees, then some of it would have been caught by the underbrush too — understory plants however remained entirely unmarked. And the differentiated carbon was only found in their roots. The only explanation for its presence is an exchange between the trees through the tiny filaments of the mycorrhizal fungi.

The team considers this natural exchange of large quantities of carbon “a big surprise,” especially as it also takes place among completely unrelated species. They estimate that in an 68 meter wide and 100 meter long area the fungal network can transport around 280 kilograms of carbon a year. That accounts for nearly half the carbon in the trees’ fine roots.

“Evidently the forest is more than the sum of its trees,” Prof. Christian Körner comments.

The full paper, titled “Belowground carbon trade among tall trees in a temperate forest” has been published online in the journal Science and can be read here.

One thought on “Trees trade carbon through their roots, using symbiotic fungi networks”