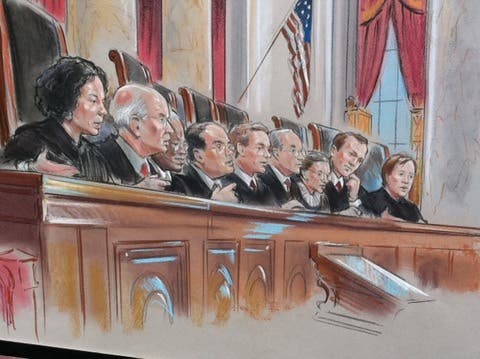 Princeton University political scientists have found as part of a recent study looking to assess the performance of state supreme court justices that appointed justices generally bring a higher quality of information to the decision-making process, are less biased and are generally less prone to error as elected justices.

For their study,  Matias Iaryczower, an assistant professor of politics at Princeton, along with colleagues, analyzed some 6,000 state supreme court rulings nationwide between 1995 and 1998. The data gathered from this time frame was then subjected to a theoretical model, which enabled them to reach their conclusion that appointed justices are typically better at their jobs than elected ones.

According to the researchers the information quality for justices who don’t face voters is on average 33 percent larger than that of justices who face retention elections at some point after being appointed and 39 percent larger than that of justices who are elected. Now these numbers might seem huge, but remember these are percentages relative to a certain reference point. The relative error justices make during their court rulings is a whole less discrepant.  Justices appointed for life and appointed justices with political reappointment on average have a probability of reaching an incorrect decision of 0.1 percent, while  justices who face retention elections  reach 0.5 percent and justices who are elected 0.3 percent.

What does information quality means for a supreme court justice , however?

“We can think of each judge as endowed with two key components for decision-making, which can vary depending on the characteristics of the case and the individual justice,” Iaryczower said. “The first is a bias parameter, representing the justice’s individual preferences (coming from ideology, a legal position, personal experiences, etc). The second is a parameter measuring the quality of the justice’s information: her ability to go from the facts of the case to a correct decision under the law.”

The present research is part of a large project Iaryczower and colleagues are currently pursuing to establish the level of bias in the current US system of justice – a system that many have labeled as being incredibly biased. To be more exact, they’re looking at the workings of deliberations in appeals courts and the impact of campaign contributions to decision-making in courts.

“A longstanding question in economics and political sciences involves whether public officials should be elected or appointed. A theoretical literature has argued that elections may serve to discipline public officials but may also provide incentives for officials to inappropriately pander to shifts in public opinion,” said Brian Knight,  a professor of economics at Brown University and co-editor of the paper. “The research by Iaryczower, Lewis and Shum provides one of the first efforts to quantify these advantages and disadvantages of elections.”

A few years ago, I wrote a post on how biased justice can be. Then, a study looked at a few hundred parole appeal cases, albeit in Israel, and found that the presiding judges had an extremely different proportion of rulings during a day. In the beginning of the day the chance a prisoner had of a parole being granted was around 65%, only to plummet to nearly 0% towards mid-day – just before lunch-break!

Iaryczower’s findings were reported in the Journal of Public Economics.