For a 60 Minutes report that aired earlier this month, filmmaker Danny Cooke spent a week exploring abandoned cities Chernobyl and nearby Pripyat. Pripyat was just preparing to open a new amusement park just days before the nuclear meltdown happened at Chernobyl.

Now, Cooke has posted a a compilation entitled “Postcards from Pripyat, Chernobyl” — a mix of drone footage and traditional cinematography. According to The Guardian, this is the first time we’ve seen footage of the area from the air. There’s something incredibly emotional, yet disturbing about the area, as Cooke himself says:

“There was something serene, yet highly disturbing about this place. Time has stood still and there are memories of past happenings floating around us.”

Chernobyl was the site of a catastrophic nuclear accident that occurred on 26 April 1986 at the Chernobyl Nuclear Power Plant in Ukraine, then officially the Ukrainian SSR, part of the Soviet Union. It was the worst worst nuclear power plant accident in history in terms of cost and casualties. The battle to contain the contamination and avert a greater catastrophe ultimately involved over 500,000 workers and cost an estimated 18 billion rubles (18 billion $USD), but the long term effect of cancer and deformations are still accounted for. 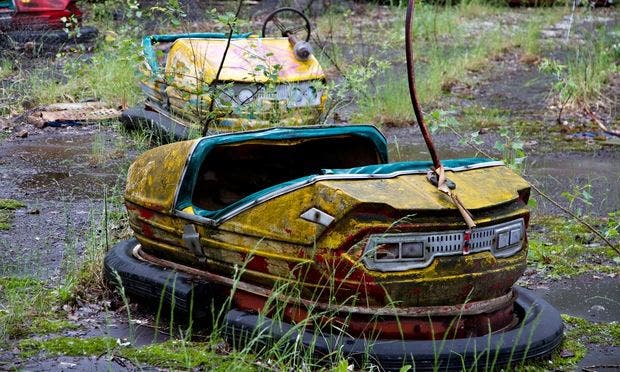 You can also watch the full 60 minutes report here.

2 thoughts on “A haunting view of Chernobyl, captured by aerial drones”