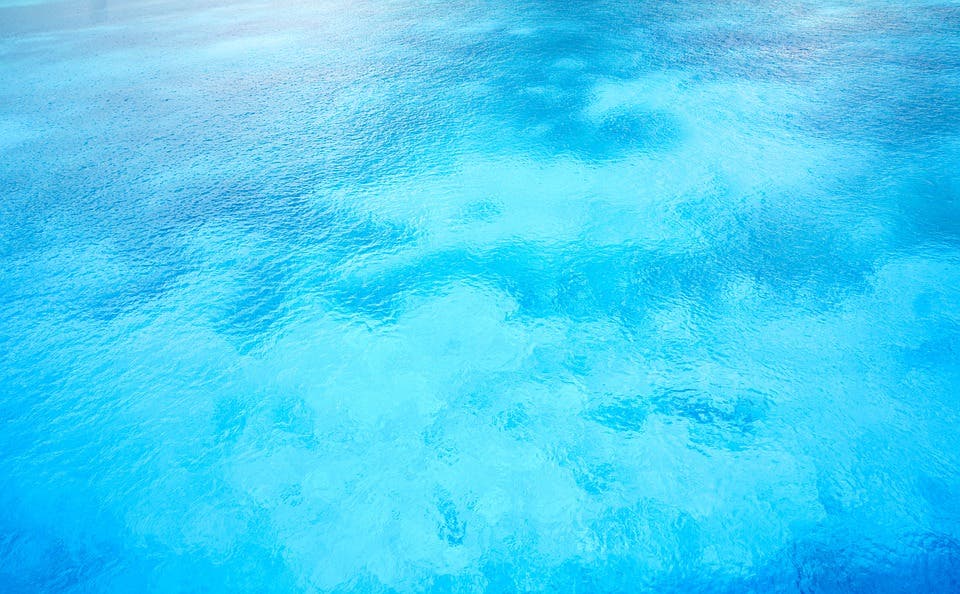 You’ve heard it since you were a kid — water doesn’t have a taste, a smell, or a color. But as science goes to show, that’s not quite right. While relatively small quantities of water appear to be colorless, water’s tint becomes bluer and bluer as its thickness increases.

You’ve seen it in deep oceans – water becomes blue. Sure, one could argue, but that’s only because the water is reflecting the color of the sky. That’s a solid argument, but as research has shown, a slight blue hue is an intrinsic property of water (in and of itself).

The light turquoise color is caused by weak absorption in the red part of the visible spectrum. The color becomes visible when looking at a white light source through a long pipe (or something else) filled with pure water and closed at both ends with transparent glass.

Why does it do this? The answer (as it is often the case with water) is very complicated. The absorbed photons promote transitions to high overtone and combination states of the nuclear motions of the molecule, i.e. to highly excited vibrations. From what we know of, water is the only substance in the natural world that exhibits a hue caused by excited vibrations — other materials owing their colors to the interaction of visible light with the electrons.

This is also brilliantly illustrated in glacial ice; glacial ice is subjected to significant pressure, and as a result, it is much denser and lacks air bubbles in its structure. As a result, sometimes, the real turquoise color of water can be revealed in a spectacular display.

However, in real life, you’re never going to find pure water. In a swimming pool for example, which has other chemicals that make it more sanitary, water will also appear blue, even indoor, where there is no sky to be reflected. Other constituents can significantly alter its color, which is why it can look greener or darker in different conditions (especially in seas and oceans). For this reason, in practice, water color is split into two: apparent color (the color as we initially see it), and real color (after it has been filtered and purified) – which is light blue.