This is the first post in a series about types of galaxies; today, we’ll be finding out more about Seyfert galaxies. 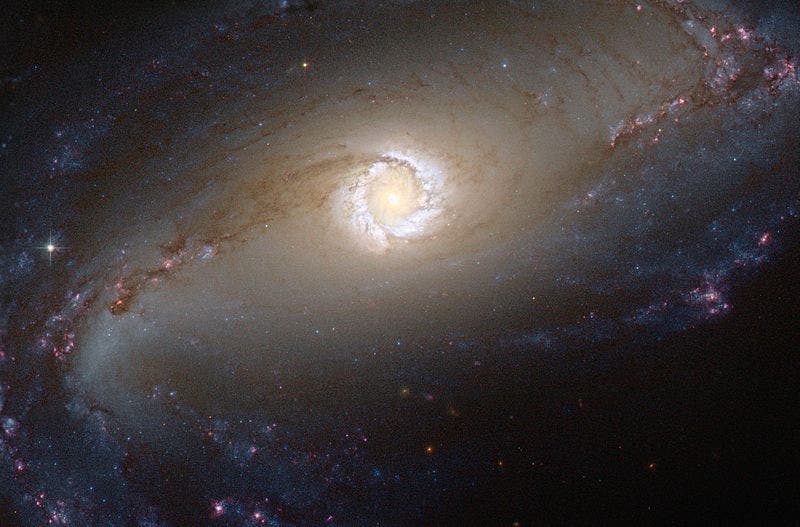 NGC 1097 is a Seyfert galaxy. Lurking at the very centre of the galaxy, a supermassive black hole 100 million times the mass of our Sun is gradually sucking in the matter around it. Via Wikipedia.

This galactic type has been described for the first time by Carl K. Seyfert in 1943, who noted that their central regions have peculiar spectra with notable emission lines. Basically, what makes them special is the brightness nuclei.

Many galaxies, including spiral ones like the Milky Way have emission nebulae in their spiral arms, due to their stars. However, Seyfert galaxies have very bright nuclei which show large quantities of gas which is not associated with O or B stars. Their nuclei are called Active Galactic Nuclei (AGN’s); they make out the biggest portion of AGN galaxies, but not the only one. 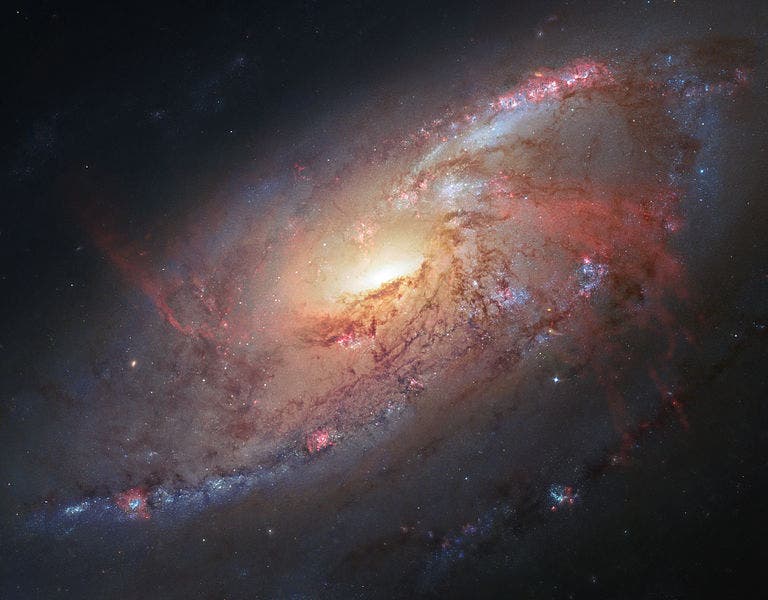 The galaxies have supermassive black holes with masses between 107 and 108 solar masses. It’s still not clear if the emission lines originate in the accretion disk around the black hole or from clouds of gas illuminated by the central engine in an ionization cone.

However, each part of the accretion disk has a different velocity relative to our line of sight, and the faster the gas is rotating around the black hole, the broader the line will be. Similarly, an illuminated disc wind also has a position-dependent velocity. In 1965, Donald E. Osterbrook came up with a very creative theory, that the active nuclei of Seyfert galaxies might be thought of as miniature quasars (quasars had just been discovered in 1963). Since then, this idea hasn’t gained a lot of popularity, but hasn’t been refuted either. 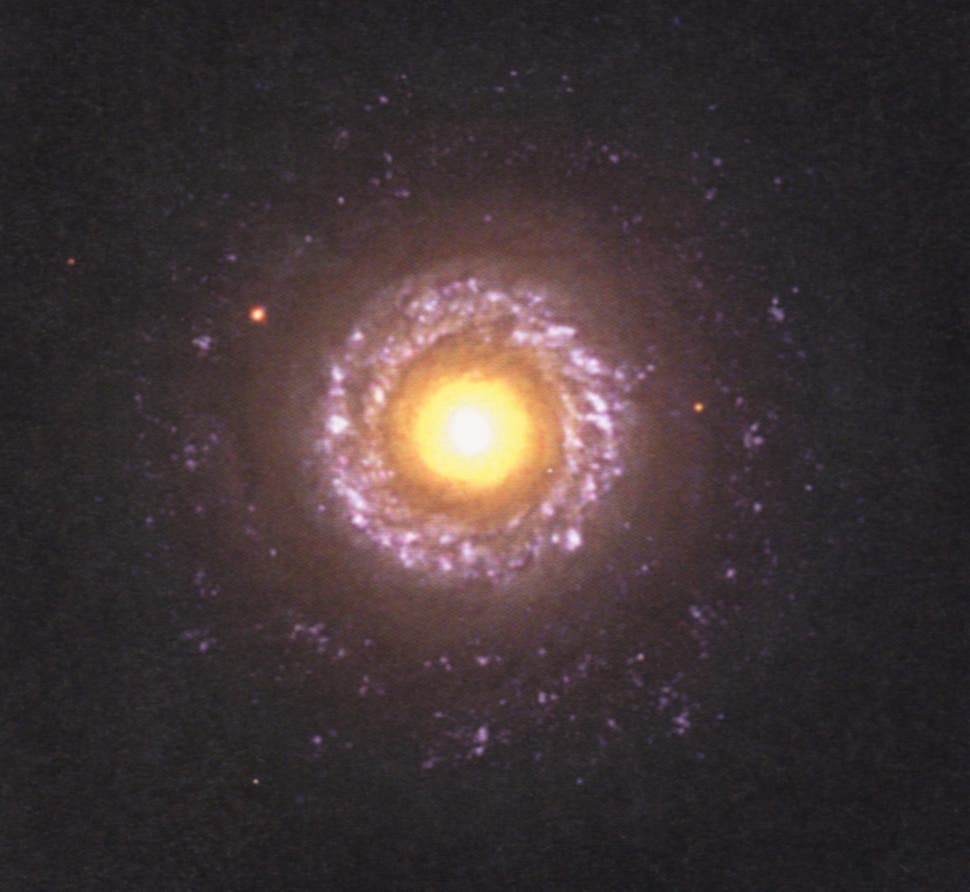 Initially, they were classified as type 1 and type 1 Seyfert galaxies, but since then, it was shown that Type 1 and Type 2 galaxies are in essence the same, and they only differ due to the angle at which they are observed. Osterbrook (1981) has introduced the following subclasses of Seyfert 1 galaxies, based on spectroscopic details: 1.5, 1.8 and 1.9.

After decades of research on not only Seyfert galaxies, but also quasars, supermassive black holes, and many more, astrophysicists believe that all forms of AGNs are caused by the same sort of physical object, a central supermassive object accumulating more and more mass aruond it. The visual differences are caused by the different viewing angles and different rates of matter supply falling into the objects. 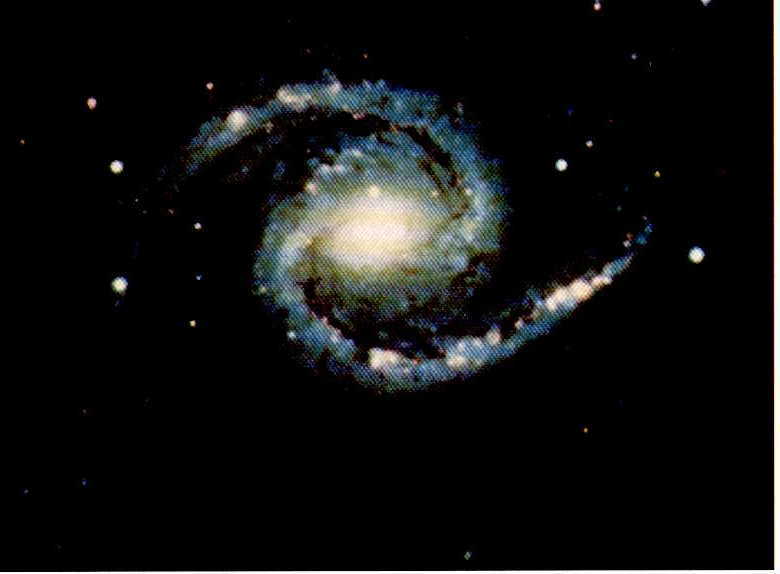