At the center of every raindrop there is an impurity (dust, clay, etc) – basically all raindrops have something like that at its core, just like pearls do. So in a way, raindrops form just like pearls. Let’s look at this phenomenon in more detail. 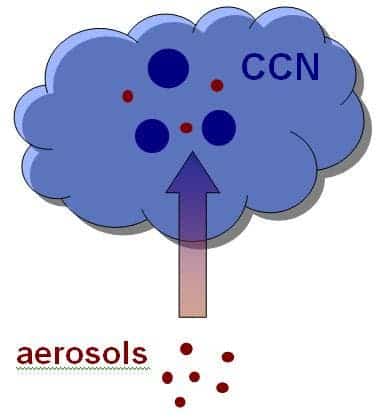 In one form or another, water is always present in the atmosphere. However, water particles are simply too small to bond together for the formation of cloud droplets. They need another substance, a ‘seed’ with a radius of at least one micrometer (one millionth of a meter) on which they can form a bond. Those objects are called nuclei, or to be more exact, cloud condensation nuclei.

Cloud condensation nuclei or CCNs (also known as cloud seeds) are small particles typically 0.2 µm, or 1/100th the size of a cloud droplet on which water can condens. There are different types of seeds; it’s usually thin particles of dust or clay, but soot or black carbon from fires can also play this role. The ability of these different types of particles to form cloud droplets varies according to their size and also their exact composition, as the hygroscopic properties of these different constituents are very different. Some particles are better than others at seeding rain, while others can be better at seeding snow or ice. Temperature actually plays a key role. 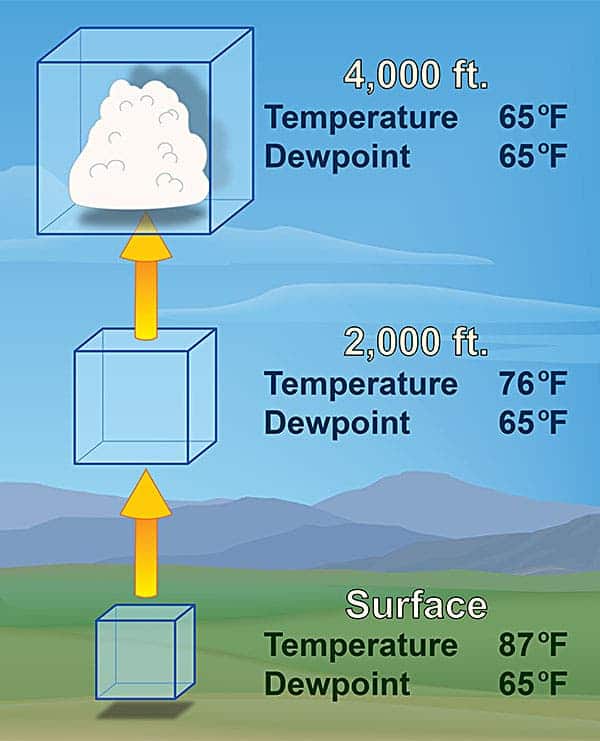 A cloud results when a block of air (called a parcel) containing water vapor has cooled below the point of saturation. As it moves higher and higher, it moves into areas of lower pressure and it expands. This requires heat energy to be removed from the parcel. As the parcel reaches saturation temperature (100% relative humidity), water vapor will condense onto the cloud condensation nuclei resulting in the formation of a cloud droplet – if there is a seed, of course.

Phytoplankton can also play a special role in seeding rain – some have supposed that it can actually act as a regulator mechanism for rain. It goes like this: Sulfate aerosol (SO42− and methanesulfonic acid droplets) act as CCNs. Large algal blooms in ocean surface waters occur in a wide range of latitudes and contribute considerable DMS into the atmosphere to act as nuclei. According to James Lovelock, author of The Revenge of Gaia, this happens because arming oceans are likely to become stratified, with most ocean nutrients trapped in the cold bottom layers while most of the light needed for photosynthesis in the warm top layer. Under this scenario, deprived of nutrients, marine phytoplankton would decline, as would sulfate cloud condensation nuclei, and the high albedo associated with low clouds. This is known as the CLAW hypothesis, but until now, it has not yet been thoroughly confirmed. 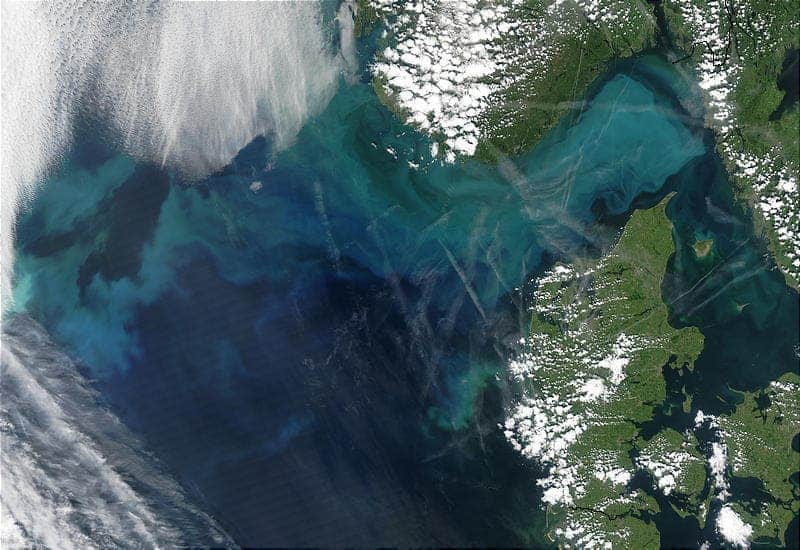 Phytoplankton bloom in the North Sea and the Skagerrak – NASA

The take-away message is that you don’t only need water for rain – you also need a seed.

One thought on “Why raindrops are basically sky pearls”