When it comes to human prosthetics, there are usually many options available – from simple frames or tools, to advanced, electronic prosthetics. But life isn’t as easy for turtles; such was the case of Blade, a German tortoise with a growth disorder that left his legs so weak that he couldn’t hold himself up. Now, thanks to the ingenuity of this veterinarian, Blade can easily move around using a LEGO wheelchair. 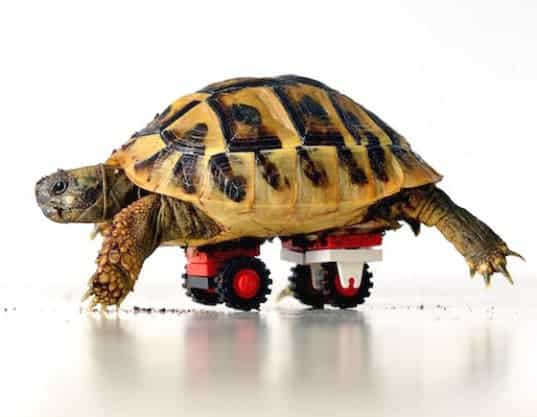 When Blade’s human companion, Iris Peste, noticed that the turtle couldn’t get around, he immediately went to the vet; there, a whole bunch of problems were uncovered, including a nasty worm and a debilitating growth disorder. The verdict was pretty grim – Blade won’t be able to walk for a long time.

But that’s where the good news starts. The doctor took it as a challenge, and he started to create a custom-fit solution. Without much time wasted, Dr. Carsten Plischke borrowed some LEGO blocks from her son and started to work. She was able to fit two sets of wheels to the underside of Blade’s shell so that he could then use his legs to propel him forward, basically moving around like in a belly wheel chair. 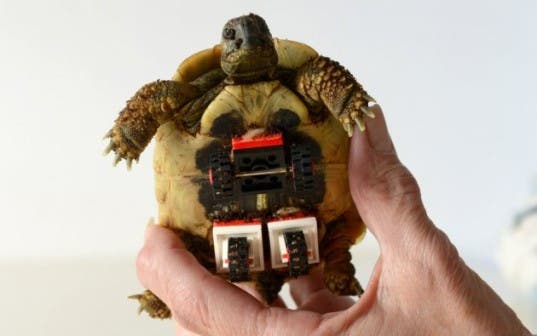 With treatment and time, Blade will probably be able to move around normally, but until that, this is very creative and cheap solution to his problem. This serves as yet another reminder that if your pet has a similar problem, there are ways to help him move around. Dr Plischke said:

‘For people there are walkers, rollators or prostheses but for animals there are no companies that produce something like that’.