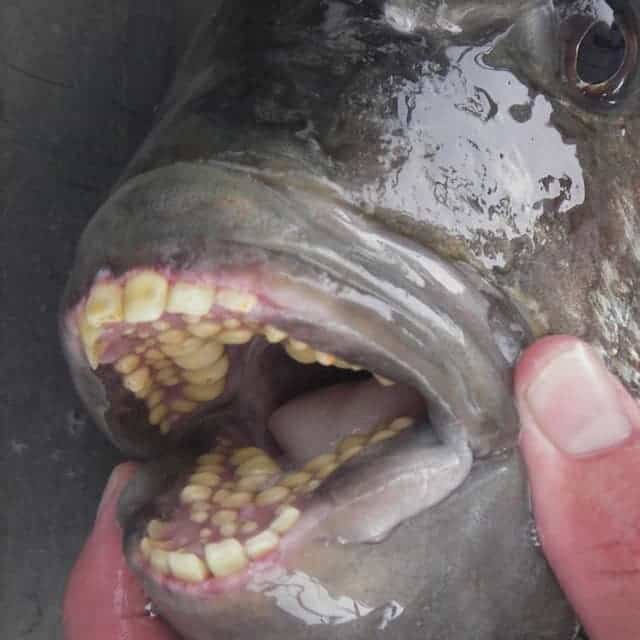 Lovely set of dentures right there. Could use some brushing, though. Credit: VA Institute of Marine Science (VIMS).

We’re used to seeing all kinds of wacky and crazy-looking animals in the wild. The sheepshead fish is no exception, boasting some incredible dentures that bear an uncanny resemblance to those of humans — incisors and molars included.

Common to North American coastal waters, from Cape Cod, Massachusetts to the Gulf of Mexico, the sheepshead (Archosargus probatocephalus) can be seen around rock pilings, jetties, mangroves, reefs, and piers. Most of all, they thrive in brackish waters. 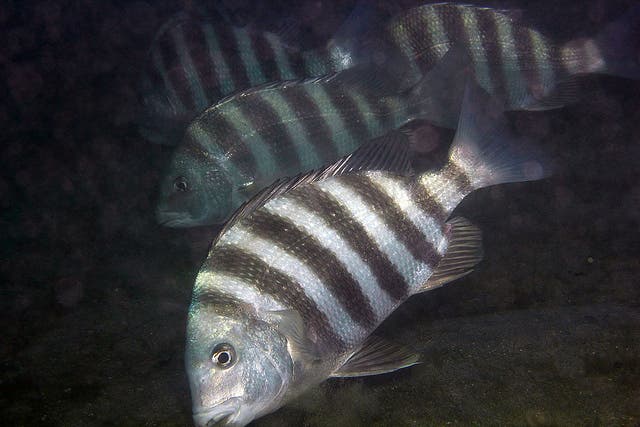 It’s sometimes referred to as the “convict fish” due to the black vertical stripes over its body — a nickname which the sheepshead apparently takes very seriously since it’s often seen stealing bait. 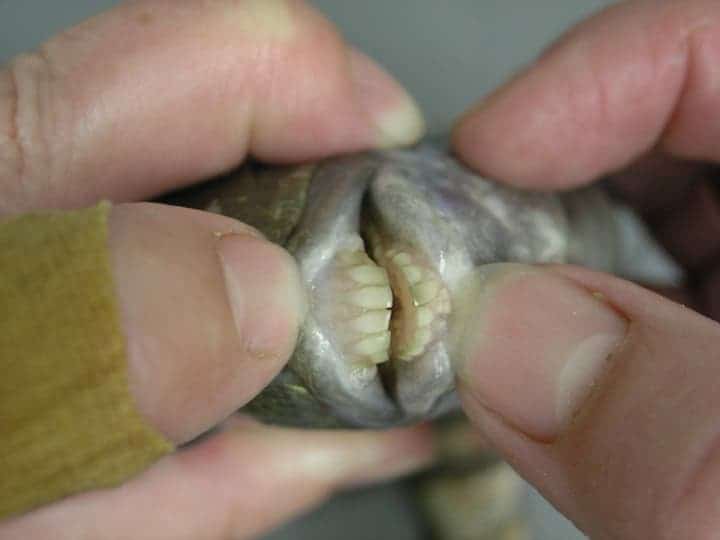 The sheepshead, as you’ve most likely noticed, has sharp incisors sitting at the front of the jaw, and molars set in three rows in the upper jaw and two rows in the lower jaw.

Like humans, it makes proper use of these dentures to suit its omnivorous diet consisting of small vertebrate and invertebrate animals, as well as plants.

Its hard and sturdy molars are used to crush the shell of its prey and actually become stronger depending on its environment. If a sheepshead fish lives in a shell-rich environment it will grow larger and stronger teeth than another sheepshead fish.

“There was a significant correlation between increased force production and increased durophagous [shell-crushing] habit. Studies such as this one speak directly to the relationship between maximum functional potential and actual patterns of resource use,” notes L. P. Hernandez from the Museum of Comparative Zoology at Harvard University and P. J. Motta from the Department of Biology at the University of South Florida in a 1997 issue of the Journal of Zoology.

It has a psychedelic cousin

The sheepshead is part of an entire family of wacky fish. The Sparidae family includes species that engage in various forms of hermaphroditism, either from male to female, the reverse or unisex. However, the sheepshead is very confident of its sexuality from birth and doesn’t change its sex.

The Salema porgy (Sarpa salpa), another Sparidae fish, has been known for its psychedelic properties for millennia. Some aristocrats from the Roman Empire would sometimes use this fish to get high. The Romans had a rather peculiar sense of partying, however, since the Salema porgy gives you one hell of a trip –  hallucinations and terrifying nightmares that can last for several days.

The sheepshead fish, however, is perfectly edible and a quick google search reveals hundreds of recipes. In fact, the sheepshead is highly sought after by restaurants, thanks to its fine white flesh and mild palatable taste