Elon Musk is one of the most influential entrepreneurs in the tech industry, being involved (among others) in spaceflight, solar energy, and electric cars. But as a new start-up illustrated, even his CV can be brilliantly displayed in a single page. 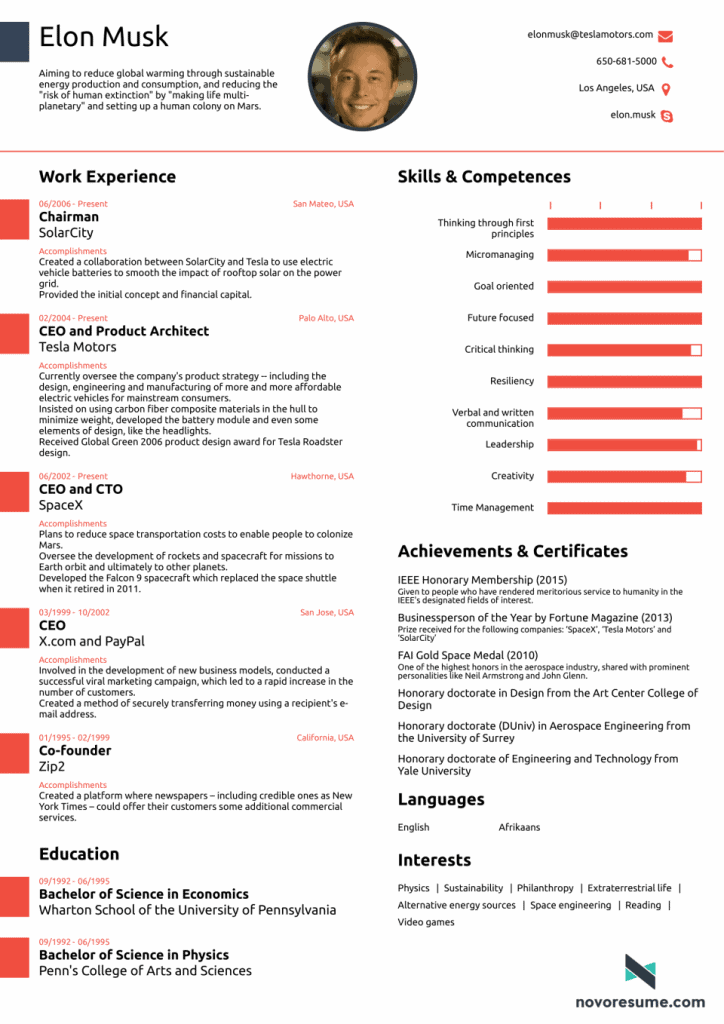 Resumes (or CVs, whatever you may call them) have gotten longer and longer in recent years, and this trend is quite worrying. You put all your skills there, you exaggerate a bit, you add that Spanish course you took in high school… all in the hope that it will give you that extra edge for the job. It’s clear – in today’s work environment, CVs have to stand out.

But outstanding doesn’t necessarily mean ‘long’, as a new start-up has shown. Novo Resume believes everyone’s CV can fit on a page, and to make their point they’ve chosen one of the most difficult people in the world to describe: Elon Musk.

Musk is famous for starting Paypal, selling it, starting a PhD, then quitting the PhD to get into business. He created three major companies:SolarCity, Tesla Motors, and SpaceX, all of which revolve around his vision to change the world and humanity. His goals include reducing global warming through sustainable energy production and consumption, and reducing the “risk of human extinction” by “making life multi-planetary”. He’s also famous for being an extreme workaholic, pulling 16-20 hour work days and being a very rough boss. He once described himself as a ‘nano-manager’, being even more strict than a micro-manager.

So it’s quite a task, but I think they worked it out pretty well. I’d very much like to see resumes become shorter and more to the point, as this could save a lot of time and even money while making the applicants’ skills stand out better.