The world has spoken and the vote has been cast: people want to name the new British Antarctic research ship “Boaty McBoatface”. Vox populi, vox Dei! 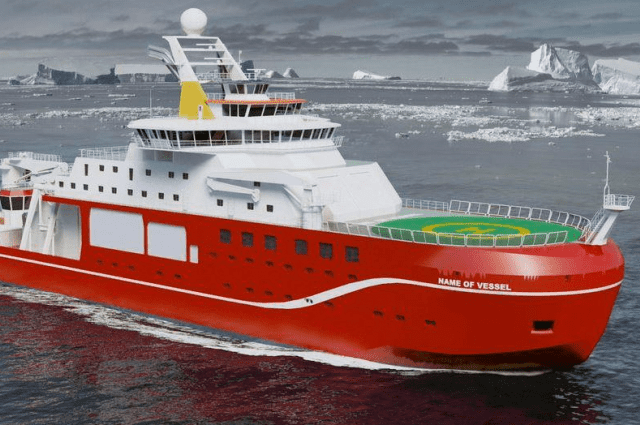 The boat that could become Boaty McBoatface.

It all started when the Natural Environment Research Council (NERC) started a poll to name their $2.8 million research ship last month with its Twitter #nameourship campaign. The internet did what the internet does, and came up with names such as “Usain Boat,” “Boatamus Prime,” “It’s bloody cold here,” “Ice Ice Baby,” and “Notthetitanic,” but one really stood out; one name shone bright above them all: Boaty. BoatMcBoatface. The name gathered 78 percent of all votes, as clear a winner as any.

However, the final decision still lies in the hands of NERC and its chief executive, Duncan Wingham. They have been quite evasive about their decision, writing in a statement:

“NERC would like to thank everyone who has supported our campaign to name the UK’s next world-class polar research ship. NERC will now review all of the suggested names and the final decision for the name will be announced in due course.”

They have a long history of naming ships after explorers and naval officers, and this is probably what they were going for this time. We’ll just have to wait and see if they’ll follow what the people want, or if they’ll go for a more classical approach. But at this point, you just have to follow the pole – it’s too awesome to ignore.

The top ten suggestions are: