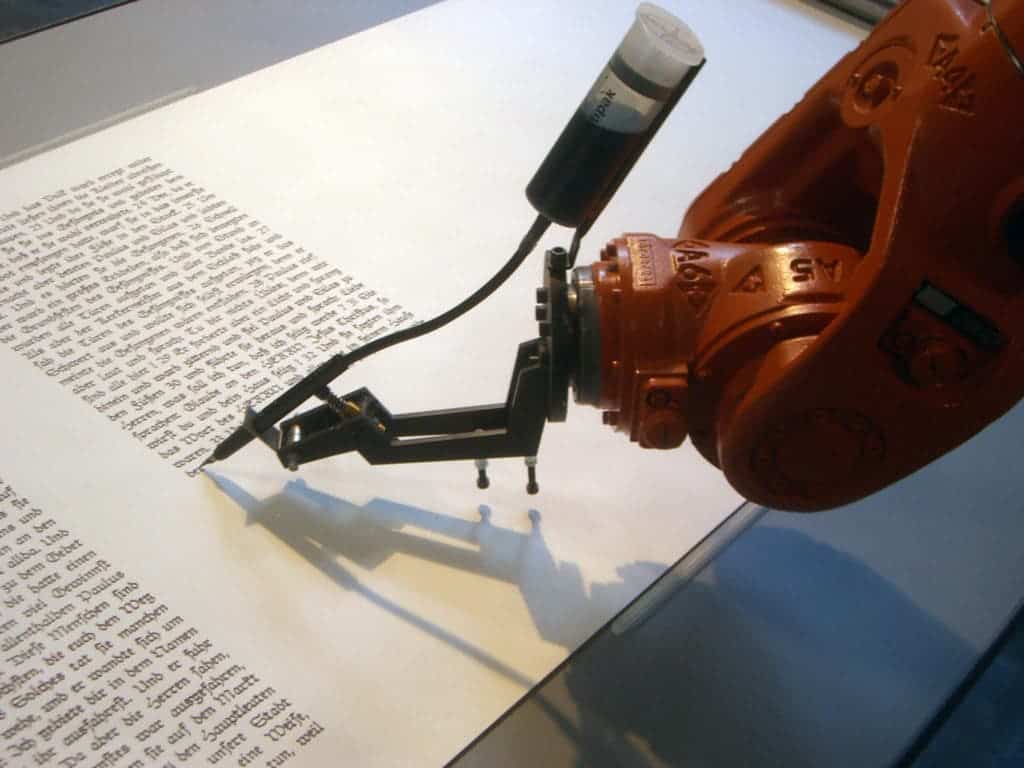 Could robots be taking over writing? Photo taken in the ZKM Medienmuseum, Karlsruhe, Germany.

As artificial intelligence (AI) spreads its wings more and more, it also threatening more and more jobs. In an economic report issued to the White House in 2016, researchers concluded that there’s an 83% chance automation will replace workers who earn 20$/hour or less. This echoes previous studies, which found that half of US jobs are threatened by robots, including up to 87% of jobs in Accommodation & Food Services. But some jobs are safer than others. Jobs which require human creativity are safe — or so we thought.

Take writing for instance. In all the Hollywood movies and in all our minds, human writing is… well, human, strictly restricted to our biological creativity. But that might not be the case. Last year, an AI was surprisingly successful in writing horror stories, featuring particularly creepy passages such as this:

#MIRROR: “‘I slowly moved my head away from the shower curtain, and saw the reflection of the face of a tall man who looked like he was looking in the mirror in my room. I still couldn’t see his face, but I could just see his reflection in the mirror. He moved toward me in the mirror, and he was taller than I had ever seen. His skin was pale, and he had a long beard. I stepped back, and he looked directly at my face, and I could tell that he was being held against my bed.”

It wasn’t an isolated achievement either. A Japanese AI wrote a full novel, and AI is already starting to have a noticeable effect on journalism. So just like video killed the radio star, are we set for a world where AI kills writing? 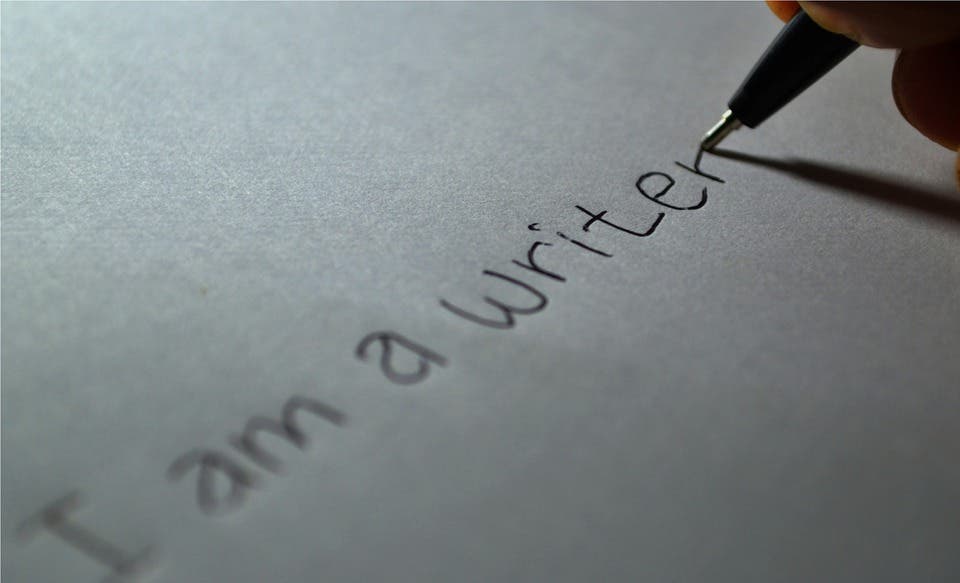 What does it take to be a writer? Is it something that’s necessarily restricted to a biological mind, or can that be expanded to an artificial algorithm?

While AIs have had some impressive writing success, they’ve also been limited in scope, and they haven’t truly exhibited what you would call creativity. In order to do that, the first thing they need to do is pass the Turing test, in which a computer must be able to trick humans into thinking that it, too, is human, in order to pass. So far, that’s proven to be a difficult challenge, and that’s only the first step. While AI can process and analyze complex data, it still does not have much prowess in areas that involve abstract, nonlinear and creative thinking. There’s nothing to suggest that AIs will be able to adapt and actually start creating new content.

Algorithms, at least in their computational sense, don’t really support creativity. Basically, they work by transforming a set of discrete input parameters into a set of discrete output parameters. This fundamental limitation means that a computer cannot be creative, as one way or another, everything in its output is still in the input. This emphasizes that computational creativity is useful and may look like creativity, but it is not real creativity because it is not actually creating something, just transforming known parameters such as words and sentences.

But to dismiss AI as unable to write would simply be wrong. In advertising, AI copywriters are already being used, and they’re surprisingly versatile: they can draft hundreds of different ad campaigns with ease. It will be a long time before we’ll start seeing an AI essay writing service, but we might get there at one point. Google claimed that its AlphaGo algorithm is able to ‘create knowledge itself’ and it demonstrated that by winning over the world champion using a move which no one has ever seen before. So it not only learned from humans, but it built its own knowledge. Is that not a type of creativity in itself? Both technically and philosophically, there’s still a lot of questions to be answered.

AI is here, and it’s here to stay. It will grow and change our lives, whether we want it or not, whether we realize it or not. What we need, especially in science and journalism, is a new paradigm of how humans and AI work together for better results. That might require some creative solutions in itself.